New Kawasaki KLR 650, but only for America

3 min read
Kawasaki will launch a new KLR 650 in North America and Canada. In Europe, however, you can not expect the model, probably because of the Euro5 hurdle.

Kawasaki will launch a new KLR 650 in North America and Canada. In Europe, however, you can not expect the model, probably because of the Euro5 hurdle.

The 652cc single-cylinder got new fuel injection and the exhaust system was also revised. As a result, the maximum torque increases from 47 to 52 Nm. How many horses will be available at the peak, nothing has been revealed yet.

Since there is no ABS requirement in the American market, the brake assist system is offered as an option. The front brake disc has grown to 300mm to allow for the somewhat increased weight of the machine to be decelerated accordingly. The dual-purpose ABS, developed with Bosch, is designed to delay response time somewhat so that the ABS doesn’t react too obtrusively off-road and also allows for a certain amount of slippage.

For the new LED headlight, they apparently helped themselves to the Z H2’s shelf. The turn signals have been mounted higher up and positioned to better protect them in the event of a crash. The adjustable windshield is now two centimeters higher. The mirror extensions have also been lengthened to provide better visibility.

The handlebars have increased in width by 10 mm and the footrests have also been moved outward by 10 mm. This results in a more relaxed seating position. This is also supported by the revised tank. Its shape has been revised to create more space for the legs. Hand protectors are now standard equipment.

The analog display of the old KLR has been replaced by a new digital LC display.

With the Adventure, Kawasaki also offers a version equipped with side cases, crash bars and camouflage paint. Here, the prices are $7,399 and $7,999. 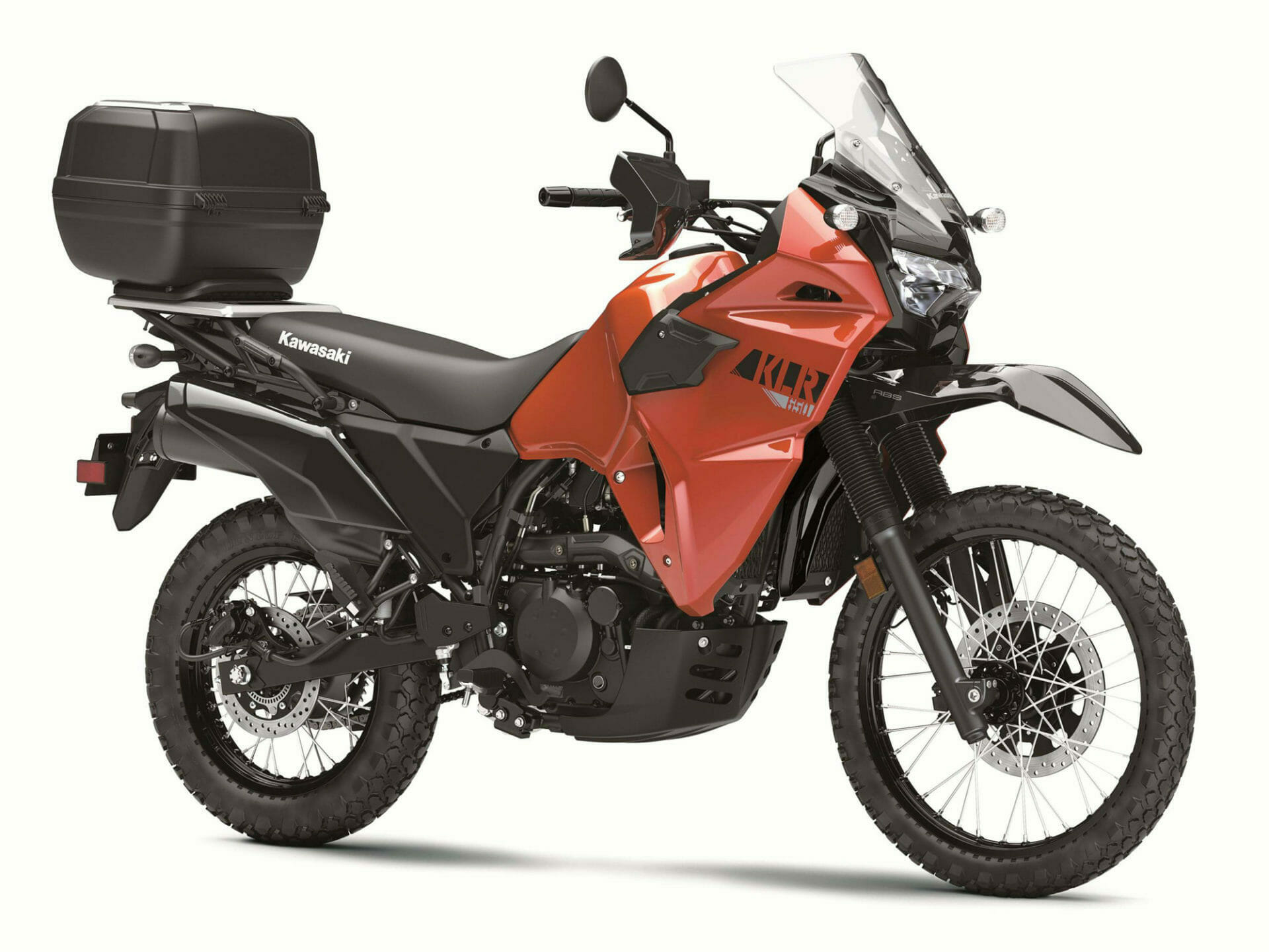