New details and pictures of the one-off MV Agusta Testalarga

3 min read
As reported, MV Agusta teases the one-off Testalarga. This is a special model of the Superveloce S. Now there are more details and pictures of the upcoming one-off.

As reported, MV Agusta teases the one-off Testalarga. This is a special model of the Superveloce S. Now there are more details and pictures of the upcoming one-off.

Only one copy of the Testalarga is to be built. On the one hand, MV Agusta itself points to this and also the pictures they have posted on Instagram do not allow any other conclusion. Posted was, among other things, the triple clamp of the Testalarga with the engraved “001/001” and “unique model”.

The Testalarga is intended to commemorate some of the most important and effective racing motorcycles with a three-cylinder engine, especially the 1973 Testalarga. This Testalarga toured the world under the direction of the legendary Giacomo Agostini, and won race after race. Incidentally, the name Testalarga comes from the oversized cylinder heads.

That the new Testalarge should be quite potent, doubt also the indicated acceleration values. It should need 3.05 seconds from 0 to 100 km/h, from 0 to 200 km/h 9 seconds. However, it remains to be seen whether anything has really been changed in the engine. The performance figures suggest that the well-known 798cc three-cylinder with 147 PS could be used, which also powers the Superveloce S, Alpine and Ago.

The front is damped by a Marzocchi fork, while for the springs they opted for components from Öhlins. The spoke rims come from the Superveloce S and Ago respectively, which are equipped with identical wheels.

For the exhaust system, Arrow was used. This can also be found on the special Alpine model. New is the special paintwork, which is based on the original Testalarga from 1973, also the starting number 3 was taken over.

Since this is a one-off, it can be assumed that it will not go on sale. It is currently suspected that it could be a birthday present for 15-time world champion Giacomo Agostini, who will celebrate his 80th birthday in June. 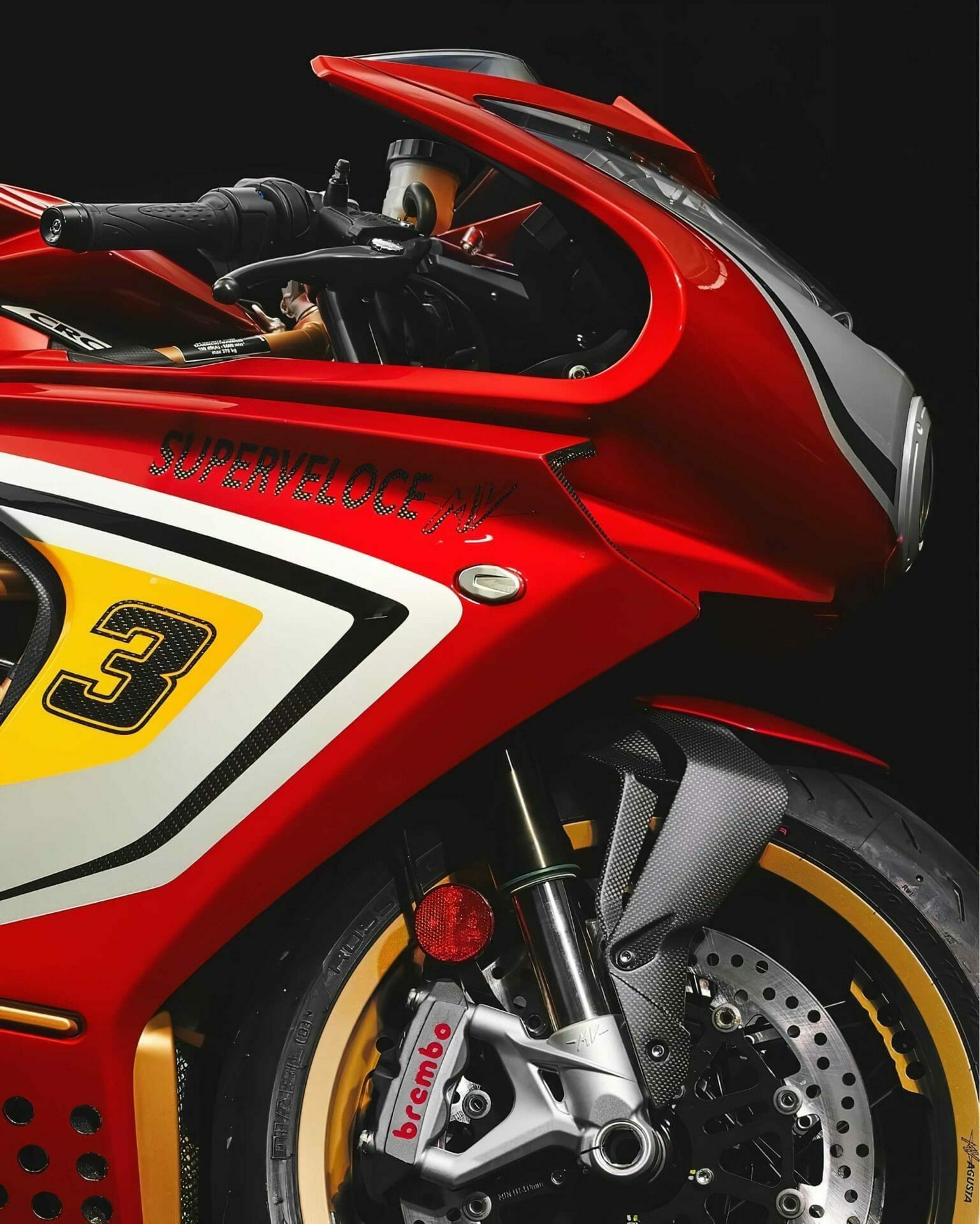