3 min read
Cinema Mode
In 2016, BMW introduced the small, robust and versatile adventure motorcycle. Now the new model was introduced, which is supposed to be more versatile, safer and more dynamic.

In 2016, BMW introduced the small, robust and versatile adventure motorcycle. Now the new model was introduced, which is supposed to be more versatile, safer and more dynamic.

The engine is still the well-known liquid-cooled 313cc single cylinder engine with four valves, two overhead camshafts and electronic fuel injection. The cylinder tilt and the 180-degree rotated cylinder head with a front inlet and rear outlet have been retained to maintain the compact architecture of the vehicle.

The engine has been equipped with a so-called “electronic throttle grip” to enable even more sensitive throttle response.

When starting off, the idle speed is automatically increased, which prevents the engine from suddenly dying off.

Another new feature is the self-reinforcing anti-hopping clutch, which reduces engine drag torque and provides a significant increase in driving safety, especially during braking maneuvers involving simultaneous downshifting. In addition, less manual force is required to operate the clutch.

The previous G 310 GS was only equipped with a tail light using LED technology. Now the headlight is also equipped with light LEDs, which saves weight and offers better visibility, especially when driving at night. The turn signals also use LEDs.

Clutch and brake levers are adjustable in four steps on the new model. This allows you to adjust the levers to your own ergonomics and especially people with small hands can benefit from this. The setting level 3 corresponds to the grip range of the previous model. In position 1 the lever is moved 6 mm closer to the handlebars.

The small GS is also optically immediately recognizable as a genuine GS model. It has the characteristic wind shield, the high front fender, the distinctive flyline and the short high tail. But the new headlights make it look even more dynamic. 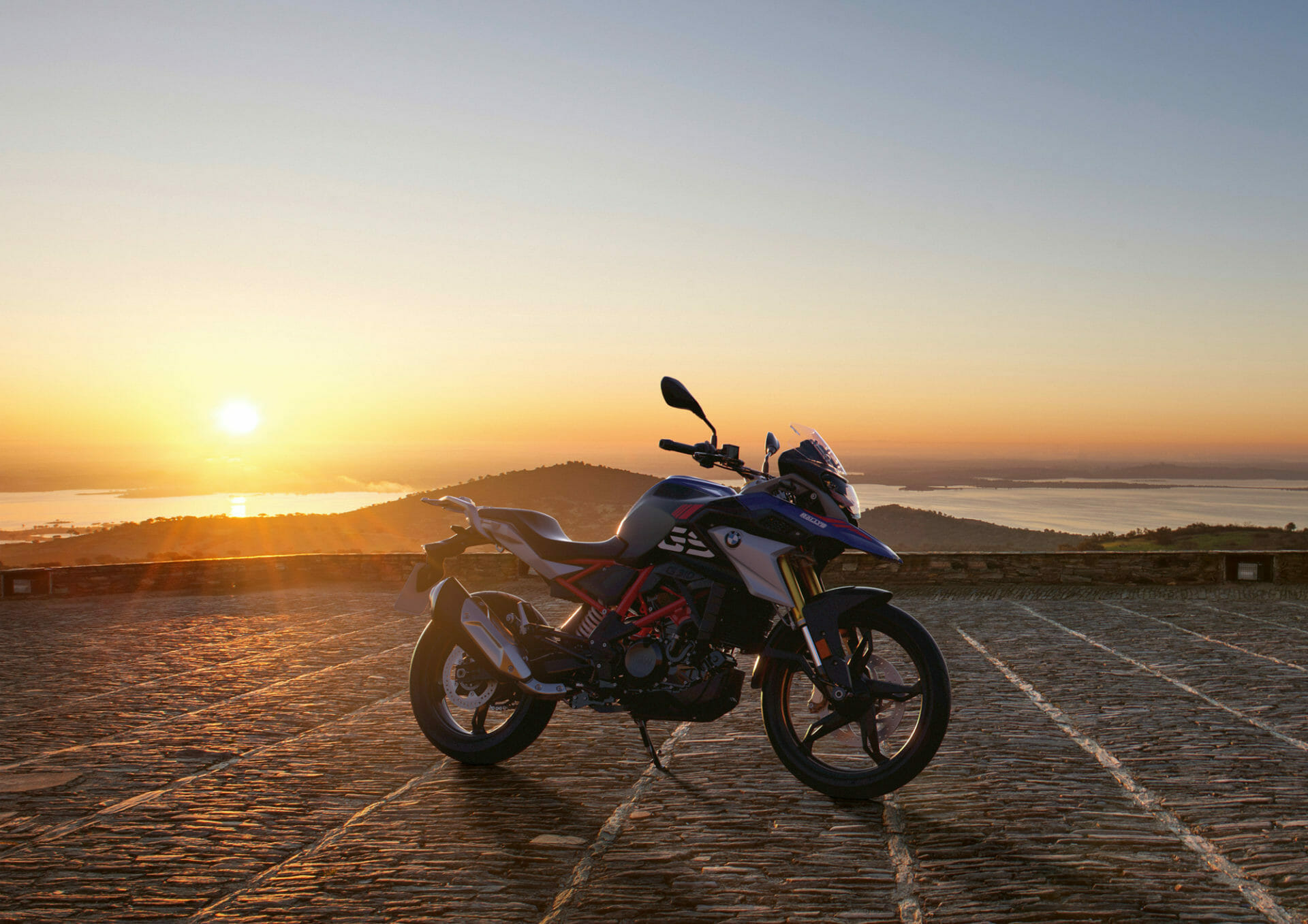