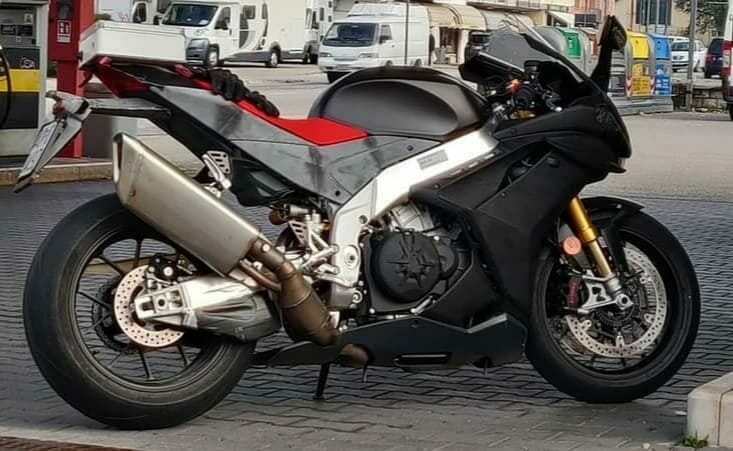 Motomaniaci discovered and photographed the Aprilia RSV4 during test drives on public roads.

Many parts of the motorcycle are covered with panels, so that details and the design remain hidden. The engine and frame seem to be unchanged, although a part of the frame has been covered with a panel. The rear frame was also carefully covered to avoid any view.

Although a part of the swingarm is also covered, you can see that changes have been made here. Also the exhaust manifold seems to be changed and the rear muffler seems to be led up a bit earlier and steeper.

The final fairing should be based on the RS 660. It looks as if one would also use a double fairing here, which should provide more contact pressure at the front. However, the outer fairing with the air-conducting wings was removed from the test motorcycle, at least something seems to be missing here and a corresponding double fairing would fit perfectly at this point. In addition, one can also assume that the design of the RS 660 Aprilia defines the future design direction.

One may assume that Aprilia will announce more detailed information in the near future.