3 min read
MV Agusta is known to design beautiful motorcycles. In mid 2019 they introduced the Superveloce series Oro and with it a whole new aesthetic in retro look. Some design awards were the result.

MV Agusta is known to design beautiful motorcycles. In mid 2019 they introduced the Superveloce series Oro and with it a whole new aesthetic in retro look. Some design awards were the result.

Because of the strict limitation to only 300 pieces and the high selling price of 28.000 Euro, it was clear that only a few could call a corresponding model their own. – Until MV Agusta decided to launch a serial model with a corresponding look.

Of course, a few changes were made to make a more favourable price possible. The spoked wheels were exchanged for cast wheels, the red Alcantara seat was exchanged for a standard seat and instead of the Arrow double-pipe exhaust a typical triple pipe silencer was installed.

Another difference is the material of the fairing. In the Oro series it consists of thermoplastic and carbon fibre elements, whereas in the series Superveloce only thermoplastic was used.

The fairing is attached to the ALS steel trellis frame. The 17-inch aluminium wheels are fitted with Pirelli Diablo Rosso Corsa II tyres. Shock absorption is provided by an adjustable 43mm Marzocchi upside-down fork and a Sachs shock absorber which is also adjustable.

Braking is done at the front with 320mm discs and four-piston Brembo calipers. At the rear a 220mm disc and a two-piston caliper are used.

Other features include a 5-inch TFT display, Bluetooth connectivity and MV Ride app compatibility, which allows you to change settings on the bike or access the navigation system via the app. The list of the limited edition model is even longer. 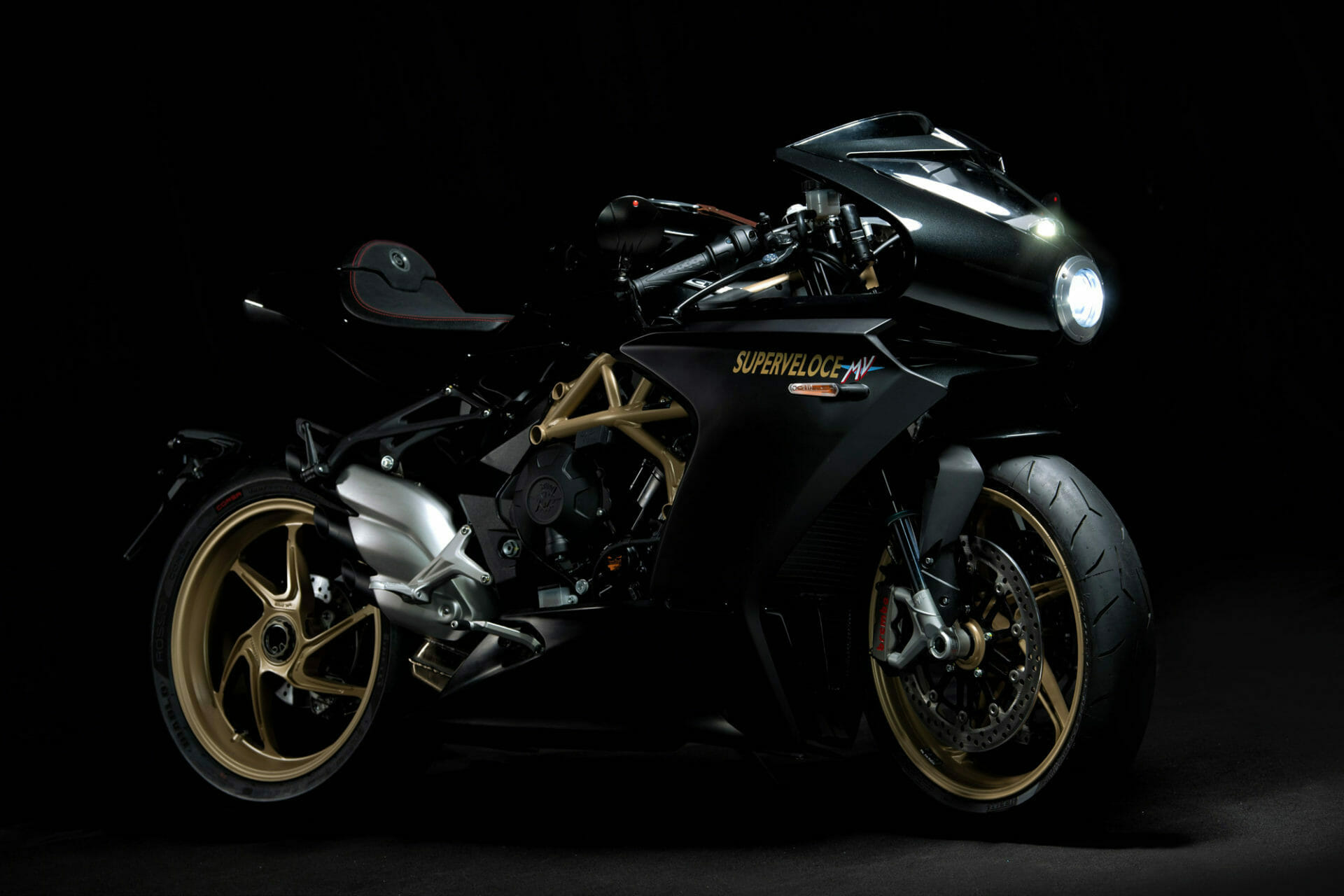