On the night of 27th to 28th November 4 motorcycles were stolen in front of the Birmingham Inn, a hotel near the airport and fair.

[sam id=”2″ codes=”true”] These are not, however, any motorcycles. There were 4 Tyco BMWs. They had a value of about 200,000 pounds. Strictly speaking, the following motorcycles were stolen:

Ian Hutchinson’s converted S1000RR with which he won three victories. He won on the NW200, the Isle of Man TT and the Ulster Grand Prix. Special feature on this machine: Switch gear on the right side. Because of a serious race accident, Hutchy can not move his left leg properly and therefore switches with the right foot. 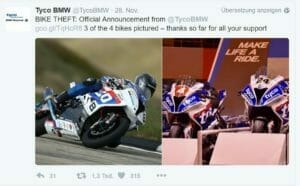 The second and third machine was from Christian Iddon. With one of the two S1000RR he drove in the British Superbike and she is equipped with a very exclusive swingarm from Suter. -Tyco BMW Paint. The other was a Superstock test motorcycle in white.

With the fourth stolen S1000RR, Guy Martin drove on the Isle of Man TT.

Apparently, the four motorcycles were loaded into a white Ford Transit van.

The financial damage is extreme, that is out of the question.

Team manager Philip Neill: “We have invested our hearts and minds in motorcycle racing and these motorcycles have genuine sentimental value. That this is done is devastating, especially because the motorcycles were only there to be exhibited at the Motorcycle Live. So they can see racing fans themselves and close up. ”

The Motorcycle Live is the largest motorcycle fair in the UK. It took place from the 19th to the 27th. November. 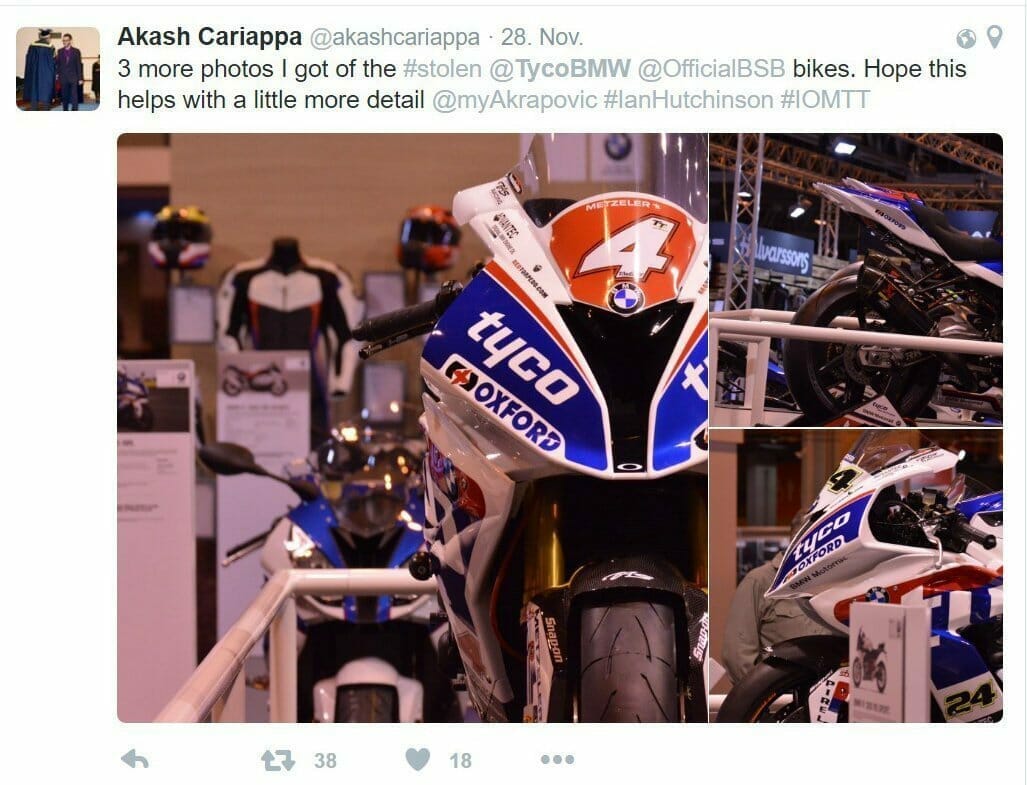