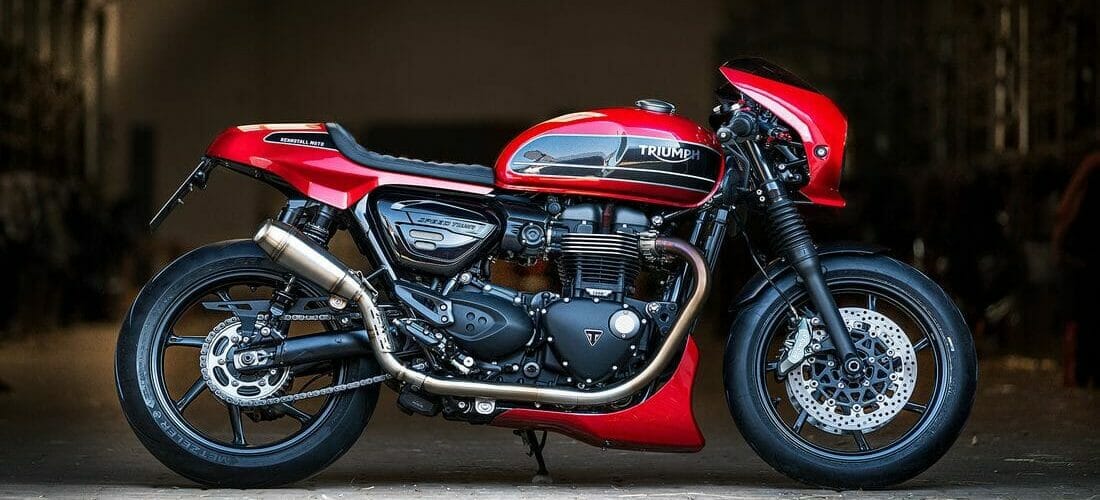 2 min read
The customizers from Rennstall Moto have made a kit for the Triumph Speed Twin to turn the Speedy into a Cafe Racer.

The customizers from Rennstall Moto have made a kit for the Triumph Speed Twin to turn the Speedy into a Cafe Racer.

Rennstall Moto is run by engineer Phillipp Ludwig and designer Krzysztof Szews in Kranzberg near Freising. The kit for the Speed Twin consists of a front fairing, smoked windscreen, 3cm lowering kit for headlights and instruments, handlebar stubs, front spoiler and rear in a single seat configuration.

The parts have been designed so that the existing mounting points can be used. Before mounting, the parts only need to be painted in the desired colour. Later, parts in Triumph colours will be added to the range.

It is also possible to order parts of the kit separately and some of them will also match with other Triumph models. An installation guide is included with the parts.

The Moto Custom-Kit for the Speed Twin is almost ready and can be ordered in advance. Prices have not yet been announced. 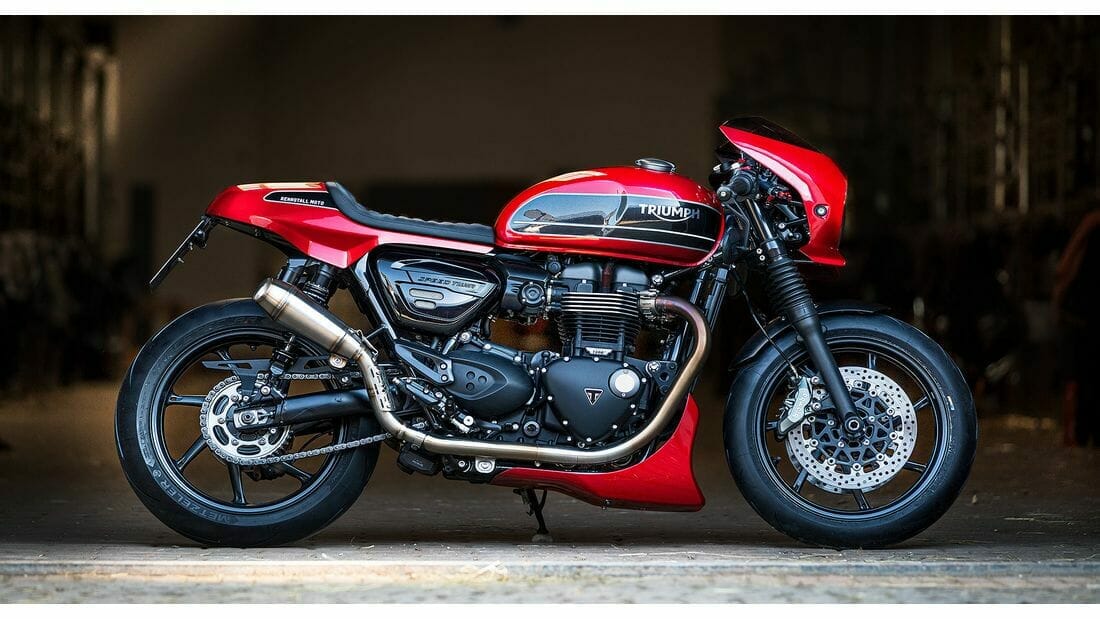