At EICMA, Moto Guzzi unveiled the V100 Mandello and revealed a bit more about the interesting crossover bike, which features the Piaggio Group’s first water-cooled V2.

Propulsion is provided by a V2 with 1,042 cc displacement, equipped with four valves per cylinder. The cylinder heads are rotated 90 degrees and the injection system has been mounted between them. The downward-pointing manifolds are also striking.

The Moto Guzzi V100 Mandello is believed to be the first motorcycle with adaptive aerodynamics. Depending on the speed, the windshield automatically changes position. In addition, smaller wings extend sideways. Both are designed to protect the rider better from wind and weather.

Apart from that, the motorcycle is also well equipped. The Mandello gets a 6-axis sensor and thus curve-dependent ABS, quickshifter, semi-active suspension, four riding modes (Travel, Sport, Rain and Road) and a three-stage adjustable engine drag torque control. Since two versions are to be launched, however, it’s not yet entirely clear what all will be reserved for the more luxurious version.

The V100 Mandello has a 17.5-liter fuel tank, lighting uses LED technology all around and cornering lights are also present. Settings for the assistance systems are made via the 5-inch color TFT display. The smartphone can also be paired with the display, but this only seems to be offered as an option or available in the better-equipped version.

Comfortable but also sporty and agile

The large bench seat is said to offer quite a bit of comfort, but the driving characteristics are also described as sporty and agile. The wheelbase is 1,486 mm.

The Moto Guzzi V100 Mandello is not scheduled to go on sale until June 2022. The price has not yet been revealed, only that there will be two versions. The more luxurious version gets a semi-active suspension from Öhlins, quickshifter, heated grips and connectivity, for example, to pair the smartphone with the display. 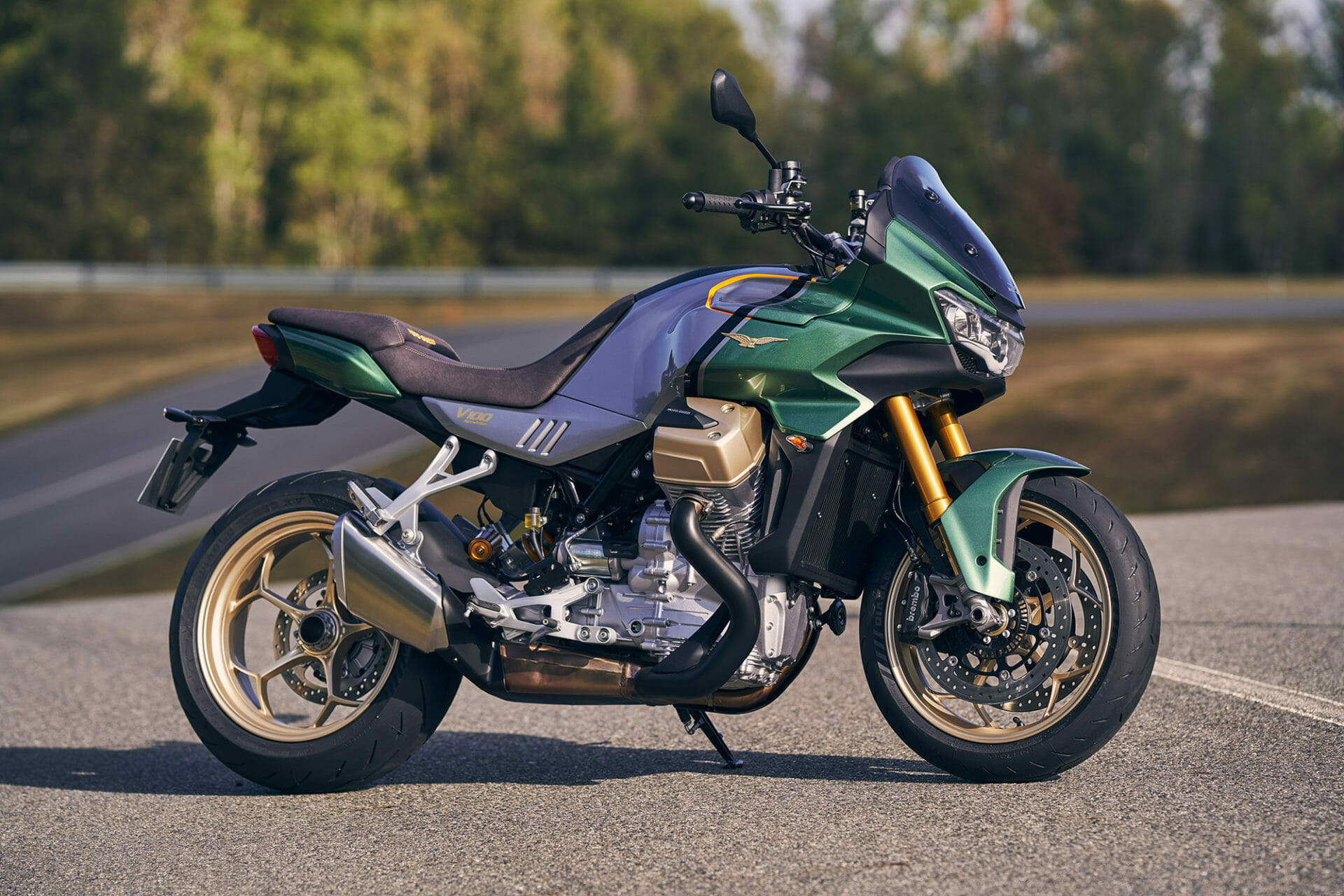