Moto Guzzi will present the upcoming V100 Mandello at the EICMA. They already offer a first taste in a first video, the V100 Mandello will have electrically adjustable aerodynamics.

The images reveal that the model will continue to use the iconic transverse engine. Cooling will be provided by a large radiator, from this you can see that the engine is a new design, as they no longer rely on air cooling here. We can assume that the transversely mounted V-twin will generate slightly more power than the previous model.

In the video, you can see how the windshield adjusts as if by magic. In addition, winglets also extend sideways. There is also talk of them improving comfort during the ride.  Various manufacturers have already come up with initial ideas for active aerodynamics, which have resulted in one or the other patent, but we’ve had to wait until now for them to be implemented. Who would have thought that Moto Guzzi would be the first manufacturer to implement such a technology?

Exact details of the new Moto Guzzi V100 Mandello we will get to know on the EICMA. 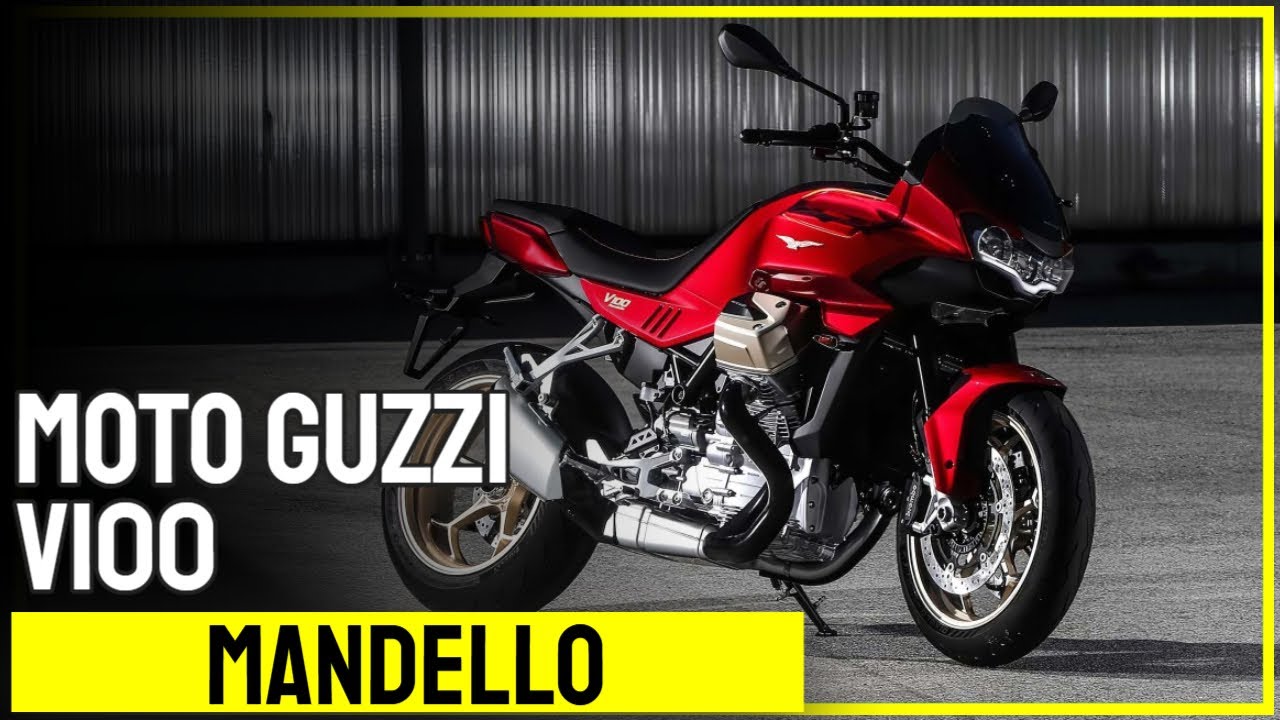