2 min read
Cinema Mode
One week ago Aprilia presented the upcoming Tuono V4 X. This highly exclusive racetrack motorcycle was to be built only 10 times, which is what the X stands for.

One week ago Aprilia presented the upcoming Tuono V4 X. This highly exclusive racetrack motorcycle was to be built only 10 times, which is what the X stands for.

Aprilia has now decided to break with this requirement and announces that it will build the motorcycle 30 times.

30 pieces will be built

The sister model RSV4 X, which was sold last year, remained within the target of 10 pieces. They were sold accordingly fast. One had to pay almost 40,000 € for it. With a called price of 34,900 € the Tuono V4 X is somewhat cheaper.

For the race track

Both models are not road legal and are built purely for the race track. This of course affects weight and performance. The 200 kg of the Tuono became a dry weight of 166 kg. The power of the 1,077cc V-four cylinder is 221 hp, which is made possible by a MotoGP air filter and an Akrapovic exhaust system with titanium manifold and carbon muffler.

For this purpose, the control unit was also adapted and the mappings were changed accordingly.

The front wheel is kept on the ground during acceleration by the lateral winglets and the anti-wheelie control. The slip is monitored by the traction control. Of course a quickshifter with blipper function is also included. 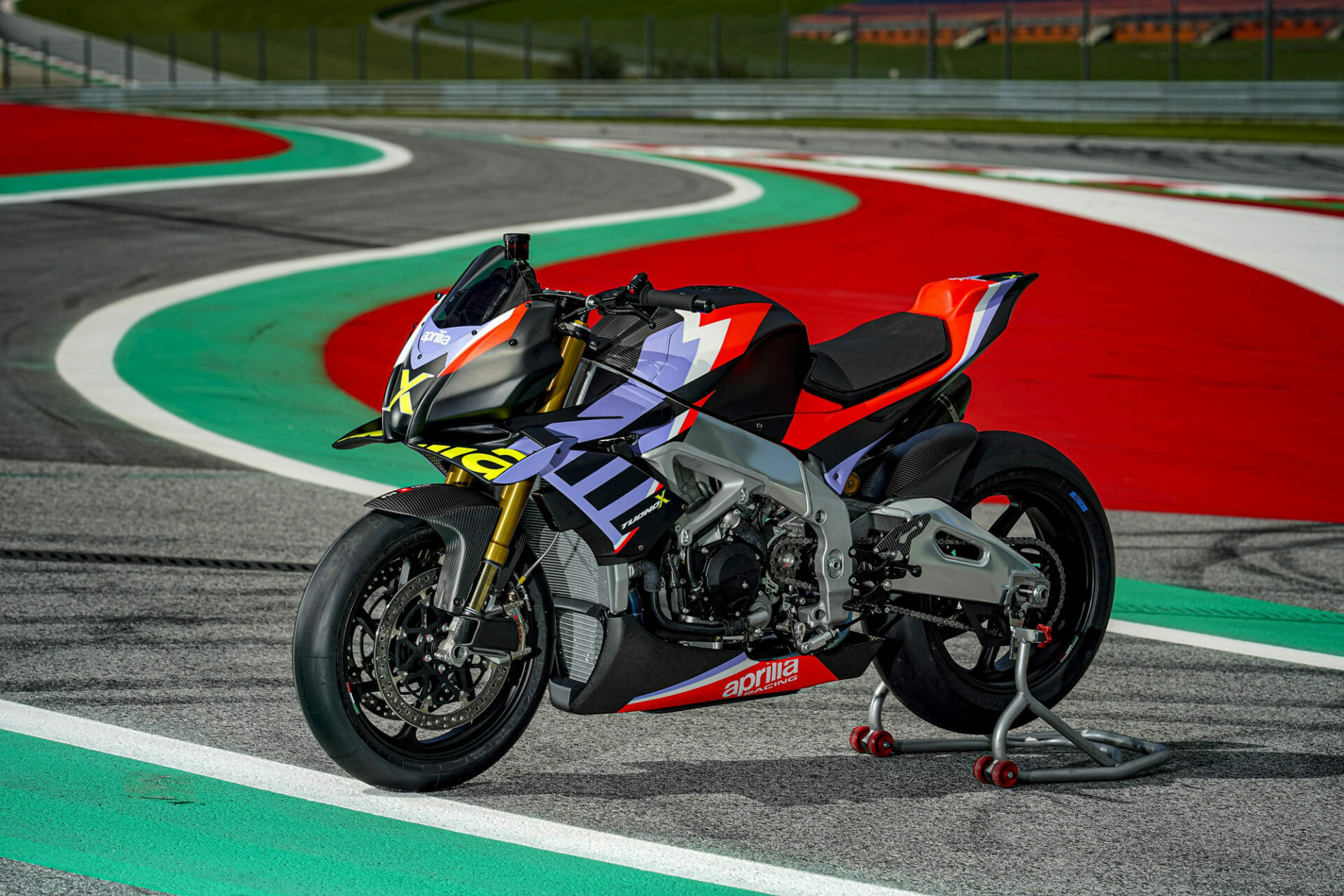