Michael Dunlop crashed in the Second Round at Castletown Bridge in the Road Race Southern 100 on the Isle of Man. The 19-time TT winner was just behind leader Dean Harrison. Because he had to be taken to Nobels Hospital for examinations, he missed the feature class race.

The 30-year-old revealed later that he suffered a pelvic fracture and other minor fractures. What else is broken, however, he did not respond. He was able to leave the hospital by now.

However, he was not injury-free at the race, as he already suffered shoulder and wrist injuries in a car accident at the Donegal International Rally.

Due to the injuries, the Road Racer from Ballymoney is unlikely to be able to compete in the Ulster Grand Prix next month. The races in Northern Ireland will take place from 08.08. to 10.08. 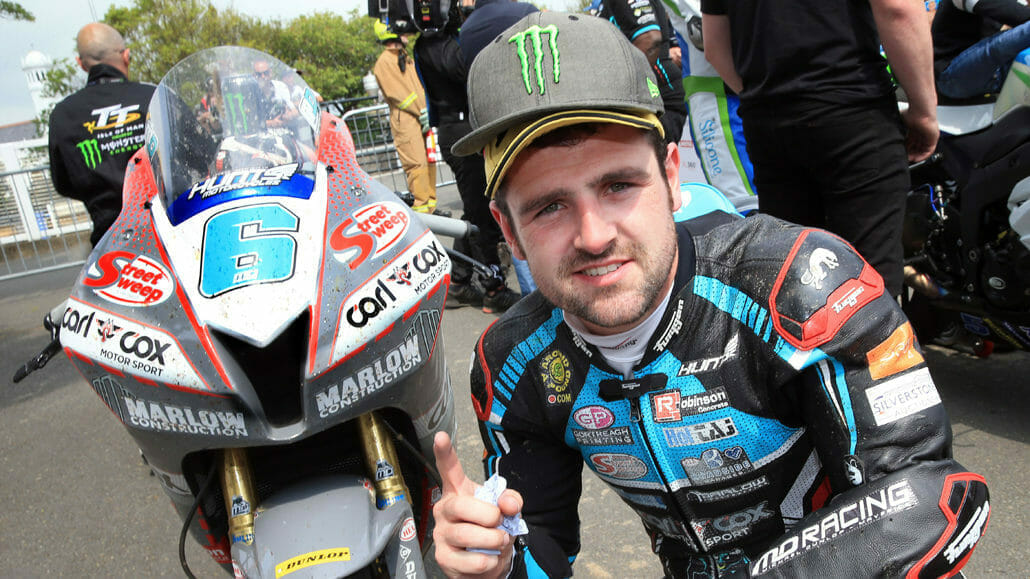