Marc Marquez will be out for another 2-3 months

6 min read
Cinema Mode
As Honda has now announced, Marc Marquez will be out longer than expected due to his fracture of the upper arm. A comeback is expected in 2 to 3 months at the earliest.

As Honda has now announced, Marc Marquez will be out longer than expected due to his fracture of the upper arm. A comeback is expected in 2 to 3 months at the earliest.

As reported, the MotoGP World Champion crashed during the first MotoGP race in Jerez, just as he was working his way back up from the end of the field. In the crash he broke his right upper arm.

Two days later he was operated on by Dr Mir, who used a titanium plate to stabilise the bone. At that point it was clear that the radial nerve was fortunately not injured.

At the second race weekend in Jerez, just a few days later, Marquez wanted to try to get back on the grid. He skipped the training Friday, but on Saturday he took part in the training sessions. In qualifying he stopped after a short time, saying that the pain was too severe.

What caused the plate to break?

Shortly afterwards Marc Marquez had to have a second operation because the titanium plate, which was supposed to stabilize the bone, was broken. The reason given was that Marquez wanted to open a window at home, but it got stuck and, through an unfortunate movement, damaged the titanium plate.

Many people have doubts about this version, because the plate had previously withstood an extreme load during the training and is said to have broken when such a small thing as opening a window is done. It is believed that the plate was more likely to have broken during the Jerez qualifying session, which would also explain why Marquez had to stop the practice so suddenly.

However, if you follow Marquez in the social media, you could see a video showing him at light practice, which was posted after the Jerez race weekend.

Comeback only in 2 to 3 months

Honda have already indicated with the announcement of the second OP that Marquez will not get back on his RC213V until he is fully recovered and this is still being communicated. Also with the announcement that Marquez will probably return only in 2-3 months, one remained with this statement. They only explained that the recovery of the upper arm is progressing slower than expected.

Only a few days after the first operation Marquez tried to participate in the race weekend. It is clear that they did not want to take any risks after the second surgery and planned a slightly longer recovery time.

The current announcement of another two to three months recovery time, however, could point to major complications. Whether a slower recovery alone could be the reason remains open. Another, however purely speculative explanation would be that the radial nerve was also damaged when the titanium plate was broken.

Was the radial nerve damaged?

The radial nerve runs partly directly on the humerus. It controls the extensor muscles of the elbow, wrist and finger joints via stimuli. Damage to the radial nerve in the area of the upper arm could cause radial paralysis, which could manifest itself by paralysis of the wrist extensors and the extensors of the fingers.

One possible treatment is immobilization with a plaster splint. The last published picture of Marc Marquez shows him during the live broadcast of the first race in Austria on the August 16th, 2020. On this picture you can see that his right hand is also immobilized, or possibly even supported by a splint, which could speak for a treatment because of a damaged radial nerve.

Second operation took place on August 3rd. At a picture of August 5th however, he had only one bandage at his upper arm, reaching over the elbow to the forearm. In addition, he forms the victory sign with his fingers here. This would not be possible with a radial paralysis. He also wears the same bandage during training sessions after the 2nd race weekend in Jerez and before his second surgery, which suggests that the second surgery was not necessary because of his participation in Jerez.

Why the wrist had to be bandaged in the meantime or if the picture from 05.08. was taken before his surgery is unfortunately not known.

It remains to be hoped that the recovery is progressing quickly and the world champion will soon return in full strength. 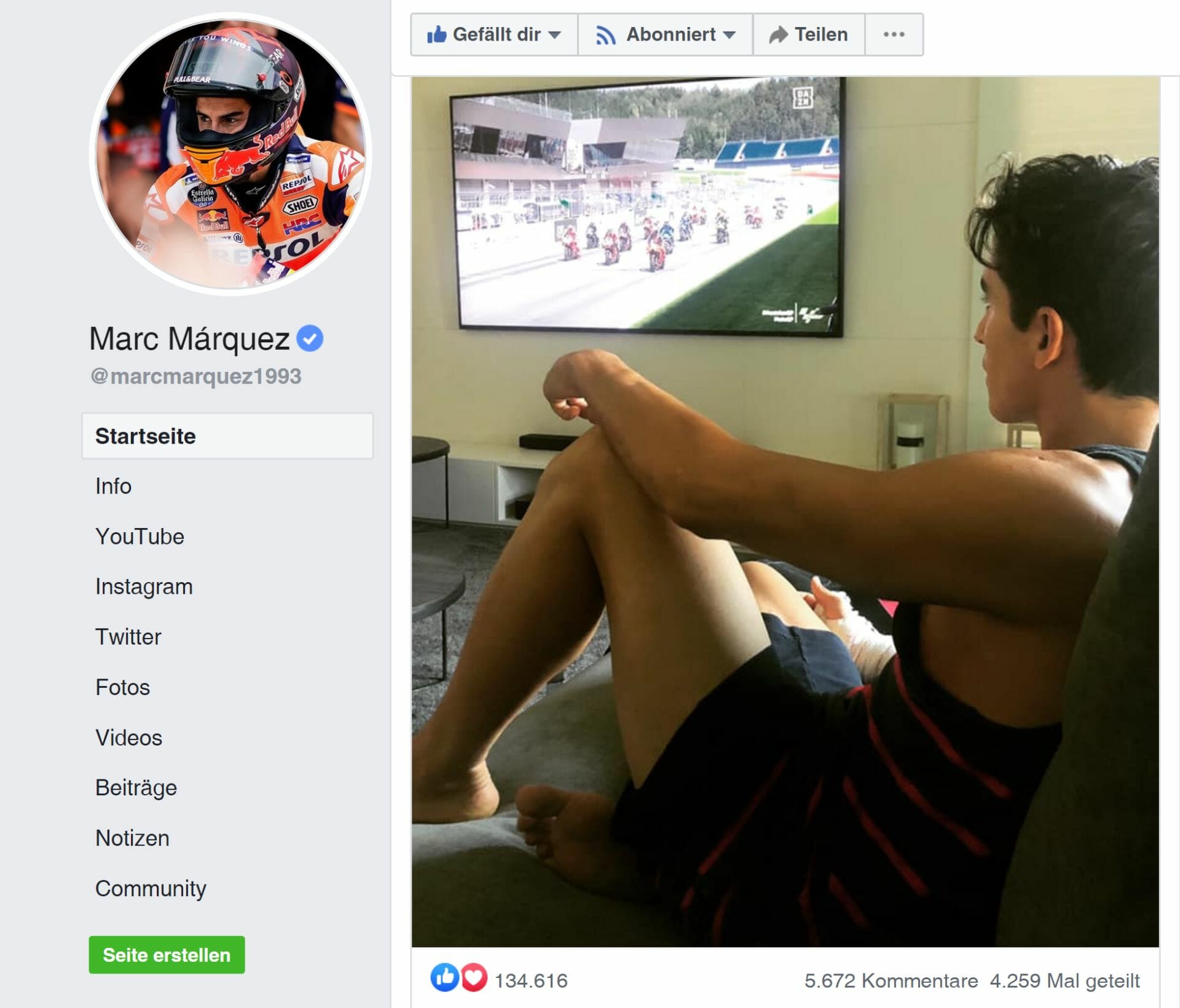