Marc Marquez has to cancel the race in Jerez

3 min read
Cinema Mode
Although Marc Marquez was operated on Tuesday, he wanted to compete the Jerez race. Just trying to get back on the motorcycle after such a short time was actually crazy.

Although Marc Marquez was operated on Tuesday, he wanted to compete the Jerez race. Just trying to get back on the motorcycle after such a short time was actually crazy.

Marc Marquez crashed in the first race of MotoGP 2020 last weekend. He broke his right upper arm during a highsider in turn 3. On Tuesday, Dr. Mir used a titanium plate to stabilize the bone.

After Marquez was allowed to leave the hospital, he made his way to Jerez. Since he felt good so far, he wanted to try to contest the race weekend.

He allowed himself an extra day of rest and started the training on Saturday. Of course, his injury hindered him and he finished 19th in third practice. In the fourth free practice session, he was able to get up to 16th place. However, he had to compete in Q1.

After a few minutes in qualifying, Marquez gave up. He returned to the pits and parked his motorcycle. He had too much pain while contolling the motorcycle during the acceleration phase. He also canceled participation in the race on Sunday, because he was physically not in good shape and also had to start from last place.

With his injury, he would have no chance of repeating last weekend’s insane catch-up. With a start in the race, he would only delay healing and unnecessarily expose himself to the aggravation of the injury. Get Racepoints under these conditions would also be rather unlikely and the start and the associated risk would be senseless.

Hi everyone! The operation went well and I’m feeling better! 😃 Thanks to Dr. Mir and his entire team. I’m looking forward to starting my recovery! Thanks for your messages of support! 💪🏼 pic.twitter.com/kuzBbKr7wC 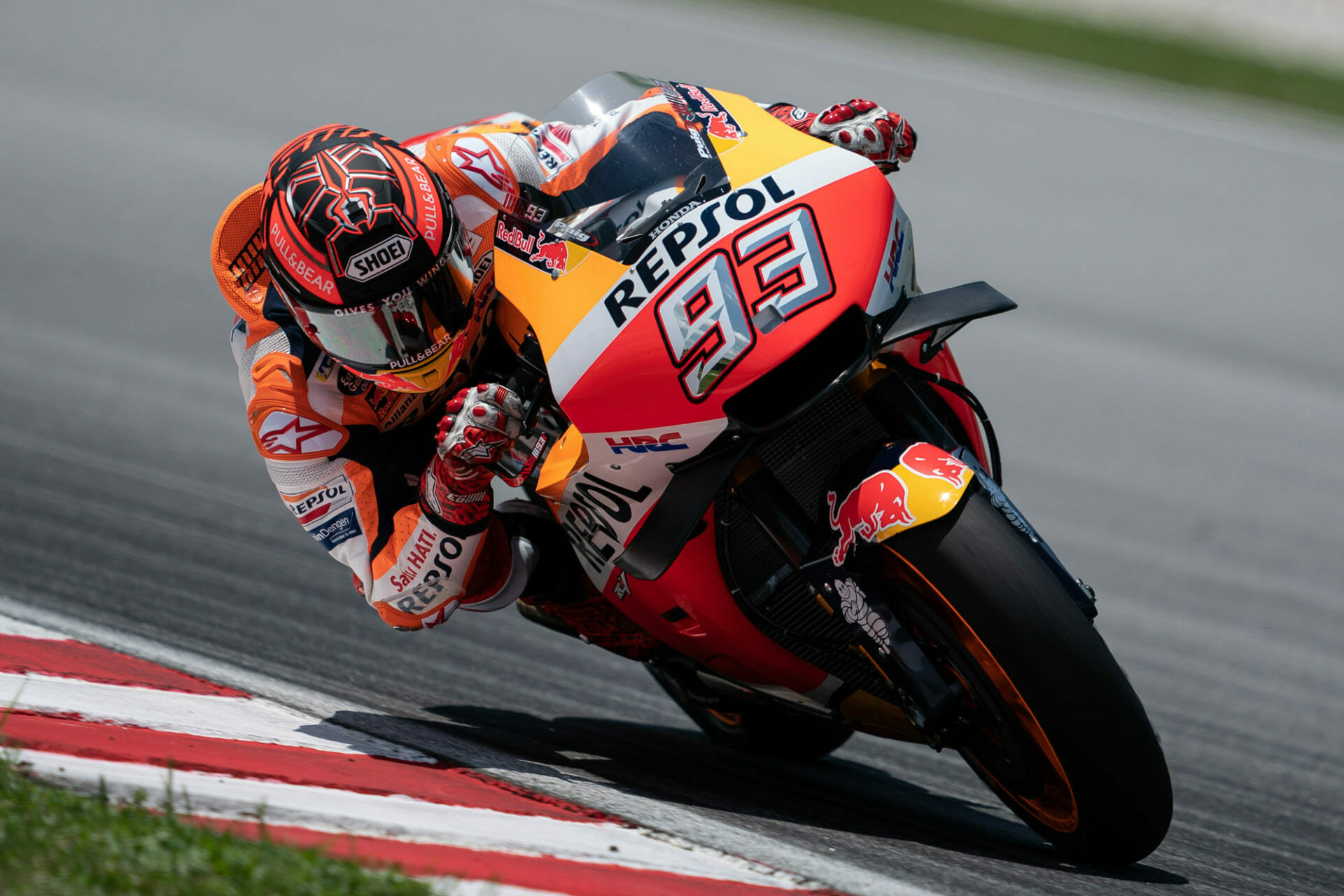