With his victory in the Grand Prix in Thailand Marc Marquez was able to clinch the eighth world title.

Fabio Quartararo (Petronas Yamaha) led almost the entire race. Only in the last round Marquez passed him. However, Quartararo did not shake off and started to overtake in the last corner. Since he could not keep the line countered Marc Marquez and won the race.

The second place would have been enough for Marquez, as Andrea Dovizioso (Ducati), the only one with theoretical chances for the title, finished fourth. Marquez only had to score two points more than Dovi for the World Championship.

In the season so far, Marquez scored nine victories, 14 podiums and nine pole positions with the Honda RC213V.

Six titles in the premier class have so far entered only Giacomo Agostini (8) and Valentino Rossi (7).

Expanded to all classes, he is now one of only six riders to win eight or more World Championships.

All titles picked Marquez with Honda. Since 2002, he has won 17% of all races in which he participated. 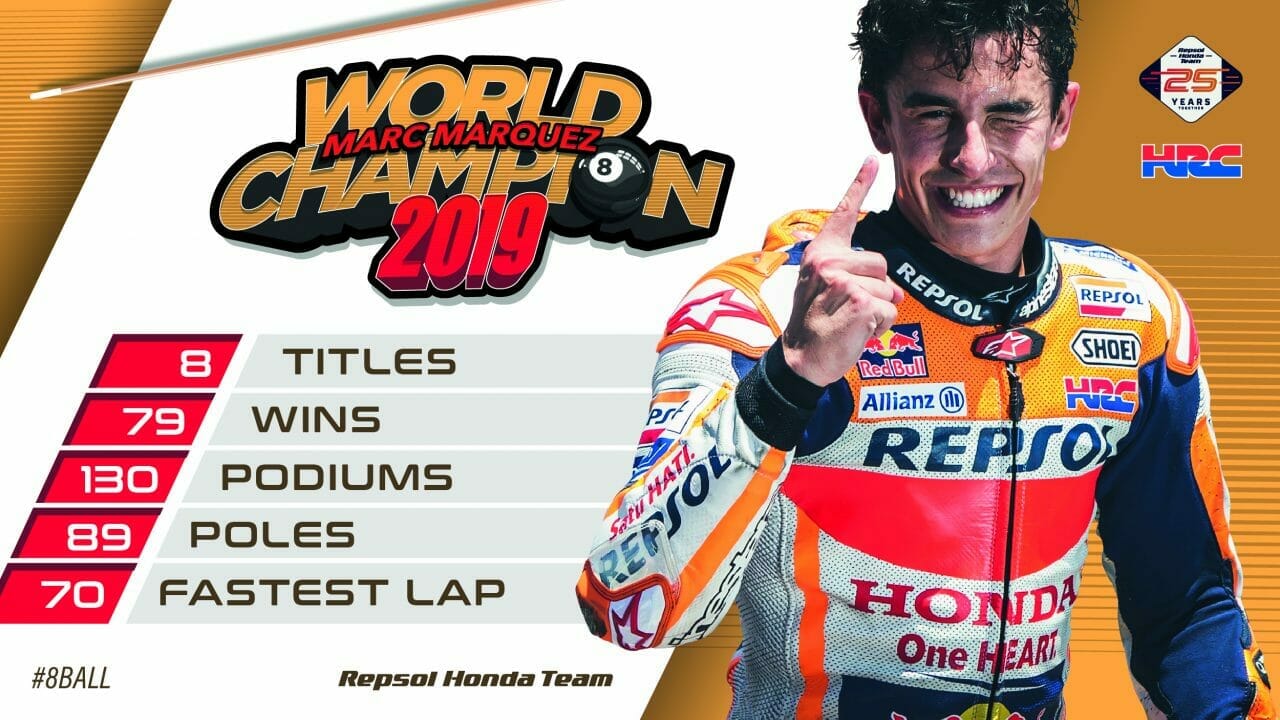