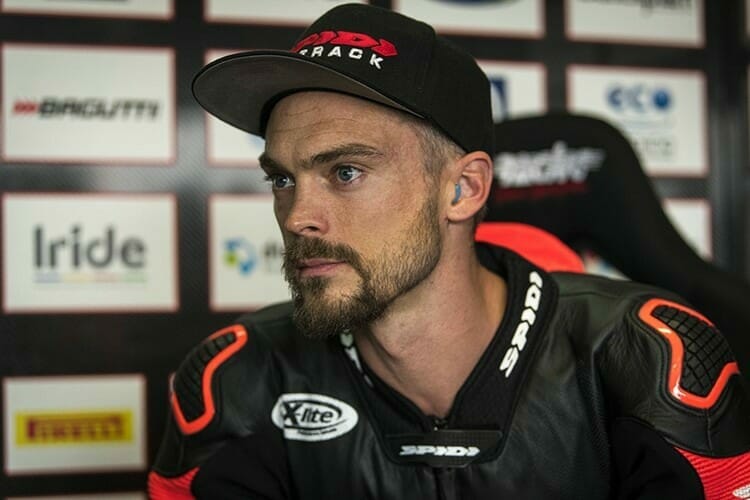 2 min read
Leon Camier had to be operated because of a shoulder injury. It is not yet clear whether he will be fit at the start of the WSBK 2020.

Leon Camier had to be operated because of a shoulder injury. It is not yet clear whether he will be fit at the start of the WSBK 2020.

The Brit had bad luck with injuries for the past 12 months. Already during the race in Imola (May 2019) he injured his shoulder. Three ligaments were torn and he had to have an operation.

The British Superbike Champion came back and drove the last three race weekends for the Honda Moriwaki Althea team. For 2020 he signed with Barni Ducati and crashed in pre-season test in Aragon. His shoulder was badly affected again.

He suspended the test in Valencia and hoped to be completely fit again for the next test for the 2020 season. It looked like a operation wasn’t necessary.

As it turned out, however, an operation was necessary, which was carried out on December 24th. He will probably also have to miss the pre-season test in January.

“On 24th December Leon Camier had an operation to the left shoulder that he injured during testing at the Aragon circuit on 14 November.

Although the doctors had initially indicated that no surgery would be necessary, further clinical examinations carried out suggested surgery to ensure a full and faster recovery.

The decision was made to use the off season time to stabilise the shoulder and repair two torn tendons.

The operation was carried out successfully in Barcelona by doctor Fernando Santana, Leon has already been discharged from the hospital and started his rehabilitation with the aim to be ready for the first race of WorldSBK Championship in Phillip Island.”