3 min read
Brad Binder and Miguel Oliveira will start for the KTM factory team in MotoGP in 2021. Danilo Petrucci moves from Ducati to the KTM Tech3 satellite team.

Brad Binder and Miguel Oliveira will start for the KTM factory team in MotoGP in 2021. Danilo Petrucci moves from Ducati to the KTM Tech3 satellite team.

It is clear that Pol Espargaro KTM will be left. Rumors have been around for a long time. He should get the place next to Marc Marquez in the HRC Honda team, but an official confirmation is still pending.

KTM already brought Brad Binder into the premier class for 2020 and uses him in the factory team. Due to the Corona crisis, however, he could not yet contest his debut race. As another factory driver, they will bring Miguel Oliveira from Tech3, who will be contesting his second season in the premier class in 2020, if one can call it that.

Brad Binder: “I’m incredibly excited to be able to have another season on the Red Bull Factory Racing RC16 and I’m really looking forward to getting this year underway and my first MotoGP race under my belt. It’s an honor to have this opportunity and I’m looking at a bright future with KTM and some great times to come.”

Miguel Oliveira: “I’m really happy about this opportunity that KTM have given me for the next two years. I feel that they trust me to show my value as a rider in this project. Since day one I have given my best to the bike and believed in its potential to achieve good results and this is what we want to deliver in the near future. I think we are in the right place to do it, and for me to develop as a rider. It’s a great, great opportunity. We still have to focus on 2020 but I feel grateful for this great challenge. Thanks to the KTM family.” 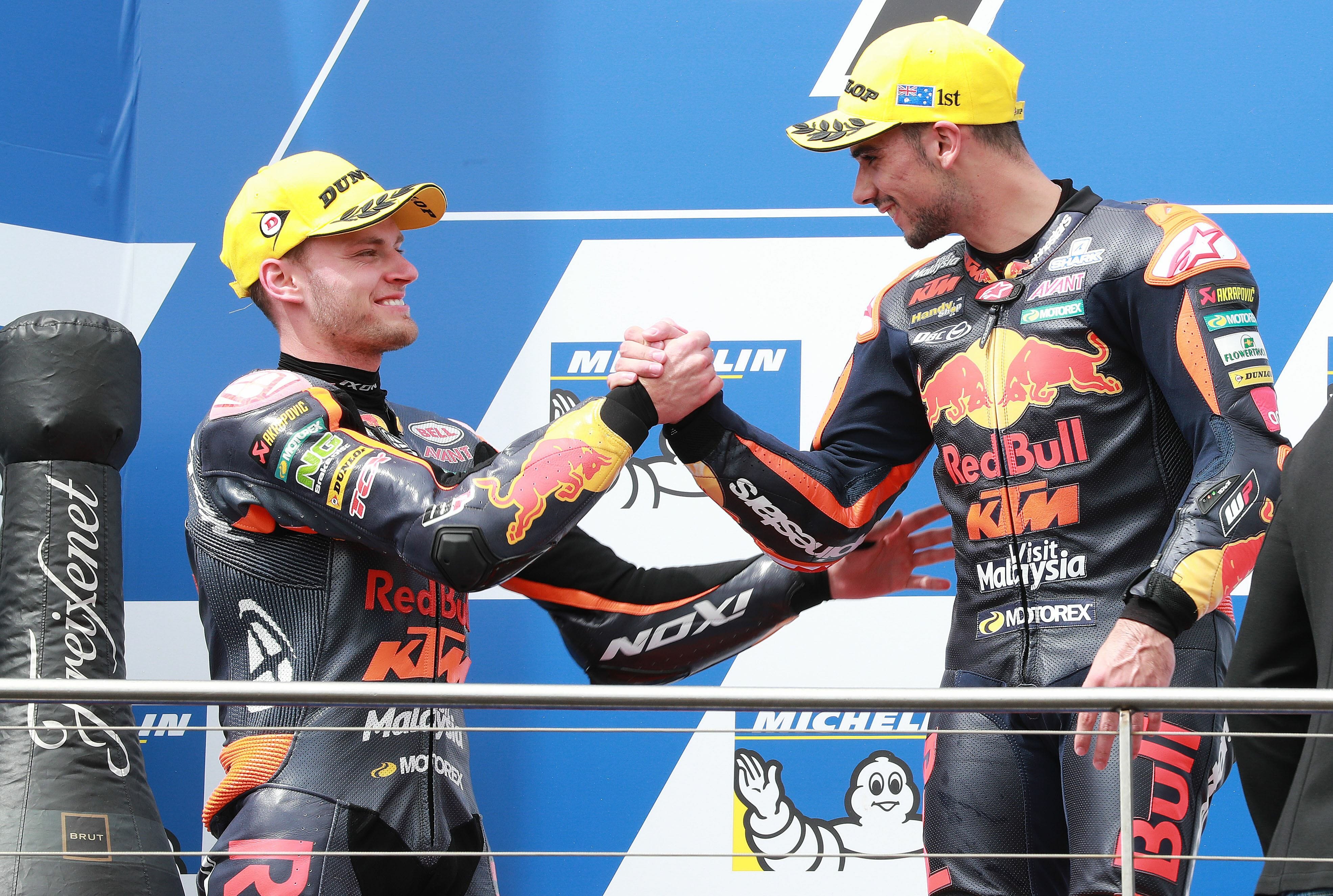