KTM gets off Moto2, Husqvarna in Moto3

KTM is redirecting its involvement in MotoGP, Moto2 and Moto3. They will focus more on Moto3 and MotoGP in the future. From the Moto2 they retire as chassis manufacturer.

However, the close ties with Aki Ajo’s team will be maintained to provide a springboard for the Red Bull KTM team in MotoGP. The promotion of junior talent in the Northern Talent Cup and Red Bull MotoGP Rookies Cup also remains.

KTM gets off Moto2, Husqvarna in Moto3

Husqvarna will return to Moto3. In 2014 and 2015 they were already part of Moto3. Danny Kent scored two podium results in their first season. At that time it was rather a KTM trimmed on Husqvarna. For 2020, a new and fully self-contained racing bike from Husqvarna for the Moto3 come.

In the MotoGP they want to achieve future results in the single digits.

Stefan Pierer, CEO of KTM AG, also signed an agreement early with Carmelo Ezpeleta, CEO of Dorna Sports, for the start of MotoGP for another five years.

Stefan Pierer, CEO KTM AG: “We made a proactive decision here at our home grand prix to renew our stay in MotoGP and commit to another five years of competition. This is part of a wider strategic view and we now have seven years to rise towards the top of the MotoGP class; the same period of time we needed to conquer the Dakar Rally. We know we are firmly on the way and have made good steps in less than three years already. As part of this outlook we want to boost Moto3: it is the foundation and the base of road racing for us. It is where we began and where we are one of the leading brands. We see a very good opportunity here by bringing back Husqvarna with force; there will be a new bike and a special direction with this project. All of this movement means we will pool our resources and energy and as a consequence we will step out of Moto2.” 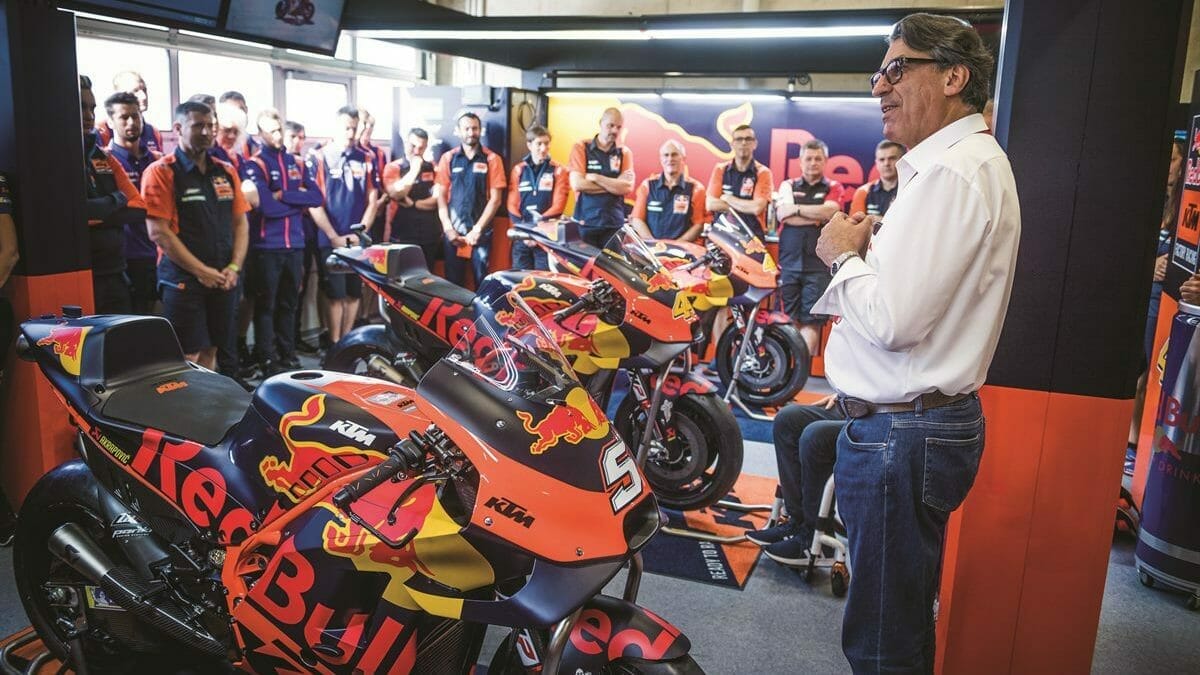