25 years after the original W1 650 appeared on the American market, the current W800 model is being converted for Euro5 and is being given the color scheme Metallic Ocean Blue.

As it looks, the model will also appear under the traditional name Meguro. Kawasaki has now published a first picture of the Meguro, which in principle shows the W800. However, the Meguro logo has been placed on the tank and on the side lid the name “K3” can be found.

It is possible that the W800 will be sold under the Meguro name in certain markets. But if “K3” is a model name, a series of retro models under the name Meguro would be possible, which could also include the W800 or K3.

Purely optically, there are no changes except for the changed model designations for the W800. The LED headlights, the round turn signals and the silencer are identical. Also the Meguro seems to be equipped with the 773cc parallel twin, which produces 48 PS at 6.000 rpm. Only the fenders are now painted.

One may assume that Kawasaki will reveal more in the near future. 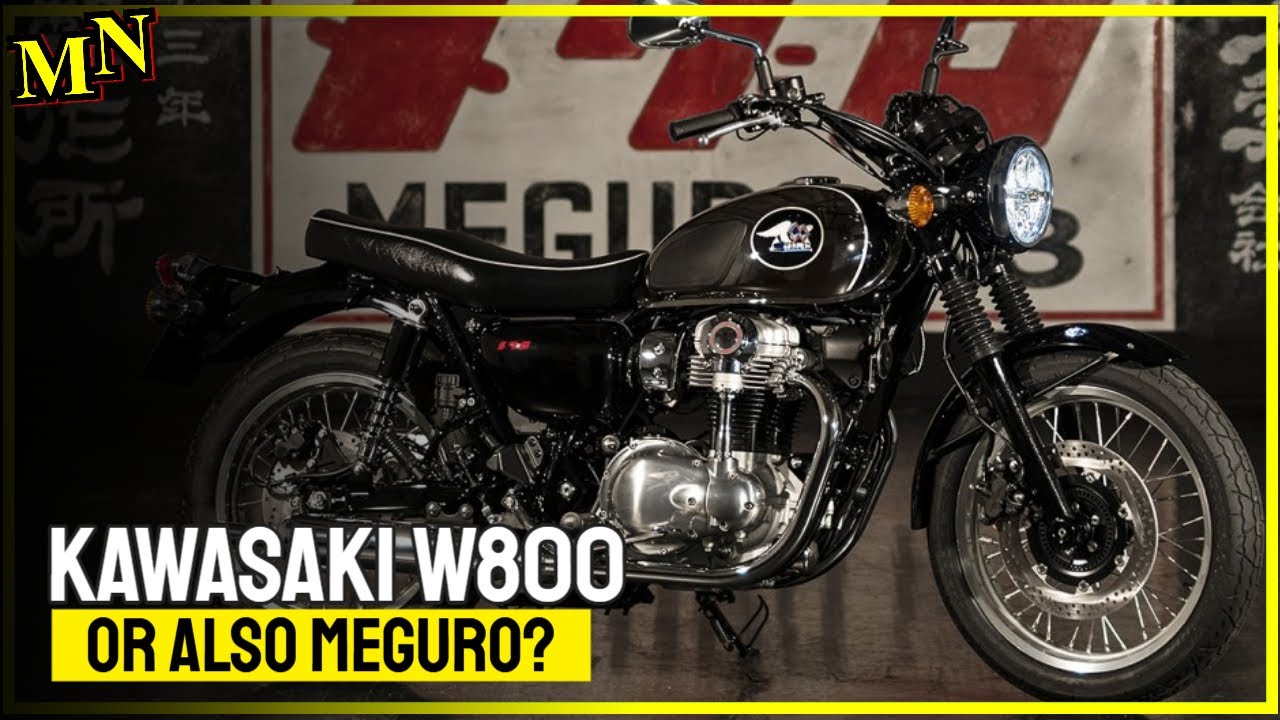