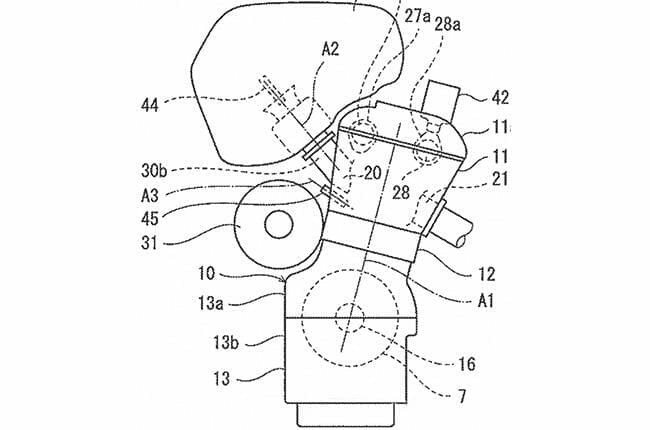 2 min read
Kawasaki could bring the two-stroke engine back, but in a different way if you can believe recent patent applications that appeared.

Kawasaki could bring the two-stroke engine back, but in a different way if you can believe recent patent applications that appeared.

The problem with two-stroke engines is the currently strict emission regulations. However, they can also run efficiently if they have been set correctly and are only operated at a low speed.

Here they want to use a hybrid system, the engine could be used to charge a battery system for an electric drive. This would allow the engine to work at a low speed.

The two-stroke engine is said to be supported by a compressor, which is supposed to help achieve a clean performance, since the engine runs more efficiently through more air. The design also has valves on the top of the cylinder, both of which open at the same time to get fresh air from the compressor and at the same time to push the exhaust gases out. This should make the engine run very efficiently.