At the thrilling race in Valencia Suzuki driver Joan Mir secured the world championship title by finishing 7th. This is the first time since 2000 that a Suzuki rider has won the title in the premier class.

Title already in the second season

It was only the second season in MotoGP for the 23-year-old Spaniard. It is only his fifth season in the motorbike world championship. It is his second World Championship title, as he was able to win the highest distinction in Moto3 in 2017. With the MotoGP title he joins a list of big names from Suzuki World Championships, including Barry Sheen, Marco Luccinelli, Franco Uncini, Kevin Schwantz and Kenny Roberts Jun.

He rode on the MotoGP podium for the first time at the 2020 Austrian Grand Prix, followed by five more podium places and finally his first victory in the premier class at Valencia. Thanks to his consistently good results in 2020, he was able to secure the lead in the standings even before his Valencia victory and finally, with his seventh place today, he was able to secure the World Championship ahead of the schedule. Even if he were to retire from the last race, the title could not be taken away from him.

After the race, the new world champion was immediately showered with congratulations. One of the first congratulators was the previous world champion Marc Marquez. The Rapsol Honda Team, Jorge Lorenzo and Kevin Schwantz also congratulated the new World Champion and Suzuki. 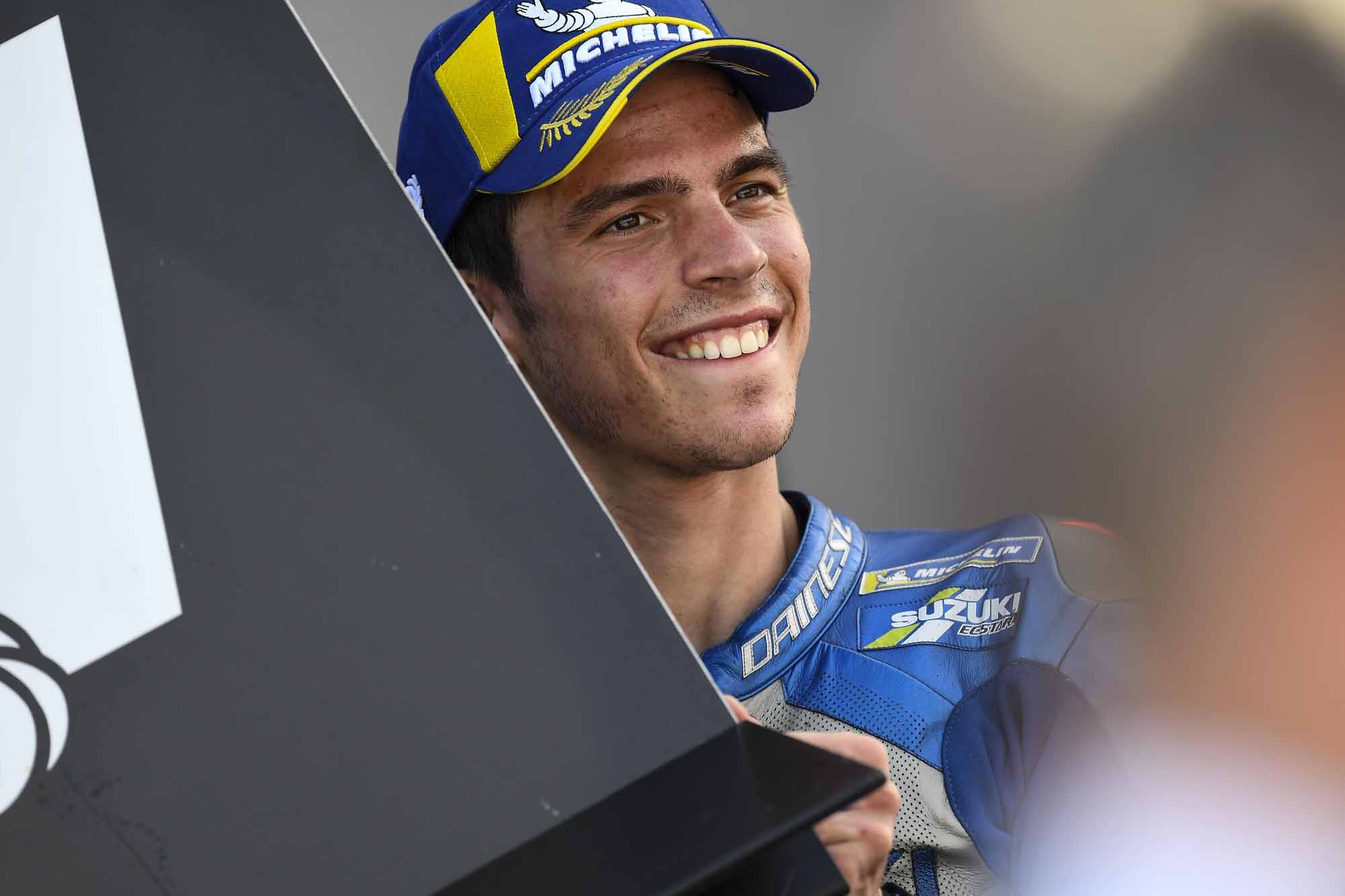