3 min read
With the Italian Resilience, the Italian customizer Lorenzo Frugaroli has built more than a Cutombike, it should also become a symbol.

With the Italian Resilience, the Italian customizer Lorenzo Frugaroli has built more than a Cutombike, it should also become a symbol.

The customizer was inspired by the corona crisis. He built the custom bike during the ongoing shutdown in Italy.

Rare sports tourer as a base

The basis is a Yamaha GTS 1000 from 1993, a sports tourer that has a swing arm at the front instead of a traditional fork. The front suspension has been reinforced with a damper from the Yamaha YZF-R6.

The rear swing arm was exchanged for a single arm swing arm of the Honda VFR. The Showa damper comes from a Buell Cyclone. Frugaroli combined the rims of the VFR with the spokes of the Honda NSR.

Carburetor instead of injection

Nothing was done on the engine itself. However, the electronic fuel injection had to give way to a carburetor from an 87er Yamaha FZR 1000. Since the GTS engine is a modified version of the FZR engine, it didn’t take much effort.

Frugaroli wants to participate in the AMD World Championship of Custom Bike Building on a motorcycle. The event is planned for October 2020, but it is not yet possible to estimate whether there will be shifts due to the Corona crisis. 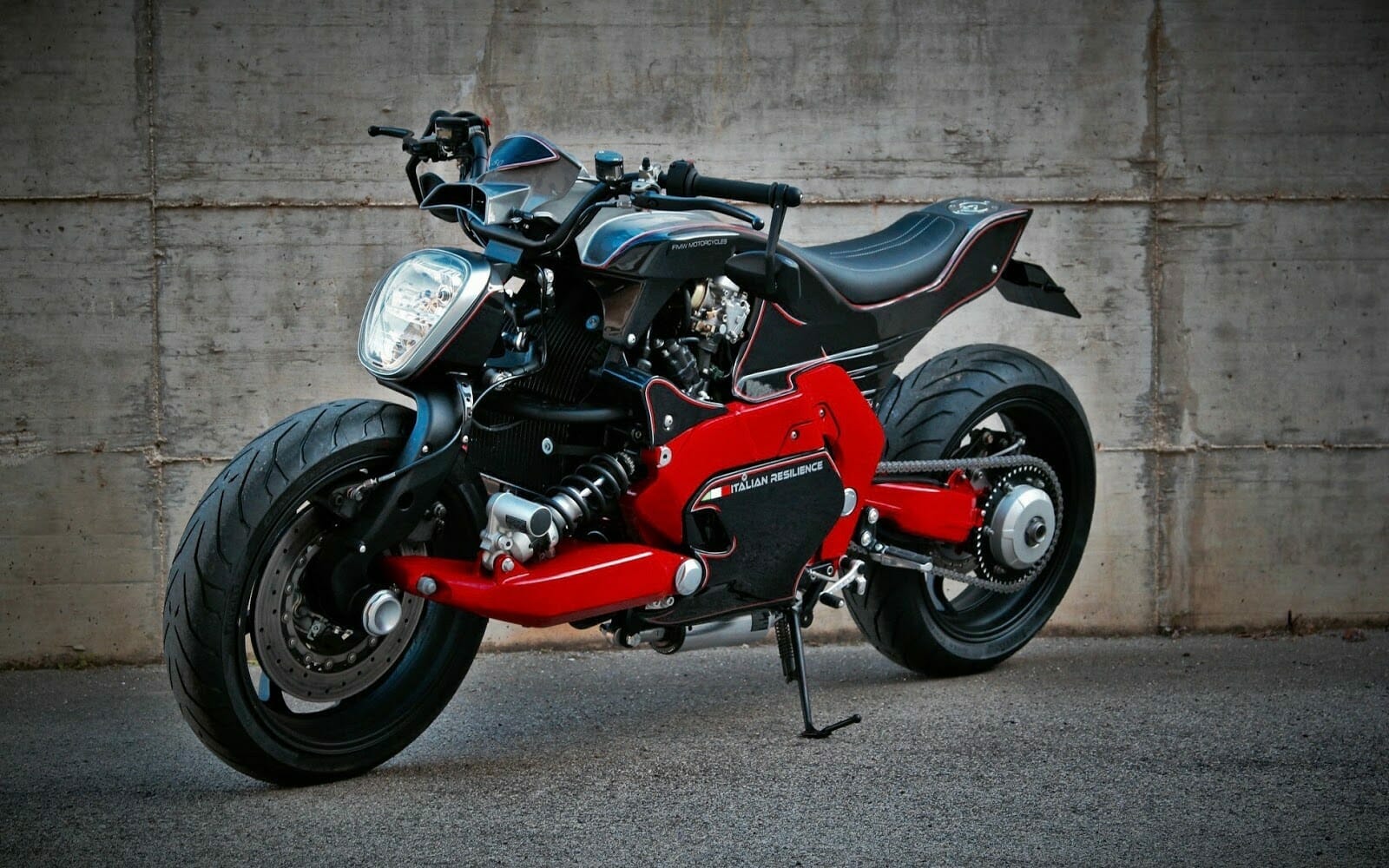