The first training sessions were held on Tuesday. How did it go for the individual driver and what lap times they reached you learn here

After the trainings had to be canceled due to the bad weather on Saturday and Monday, the first training session was held on Tuesday.

[sam_ad id=”2″ codes=”true”]These two were the favorites last year and made the most wins among themselves. They also had problems with each other. At the moment it looks as if it would go where they left off last year – at least as far as the favorite role is concerned. They were already running at 125 mph.

Dunlop was on the road with the new Suzuki GSX-R1000 and was satisfied with it. A miracle is not, finally he reached the second best time. After his fourth place at the NW200, the Gixxer was further developed and this was the first test with the new development stage. Considering that the set-up with the new machine can not be optimally adjusted to the TT (after all, it was the first training), then there really seems to be a lot of potential in the racing machine.

Ian Hutchinson was quicker at the Tyco BMW. But also only slightly. A good 1.3 seconds separated the two.

Dan Kneen who reached the fourth best time driving for Penz13.com on a BMW, so he was the third fastest driver. Public favorite Guy Martin reached 28th place. The last time he went to the TT in 2015 is the Mountaincourse.

The exact lap times of all participants can be found below.

No round end times, average speed is the measure on the Isle of Man TT

Do not be surprised at the Isle of Man TT is not the lap time compared, but the average speed someone has reached on the 37.73 miles long course. This is a bit strange to us, as we are not accustomed to it. In addition, it is also a bit cumbersome, as the route length must be divided by the required time.andere Sitten.

Pictures from the first training day of the TT 2017

The results of the first training sessions

Videos from the first training Isle of Man TT 2017 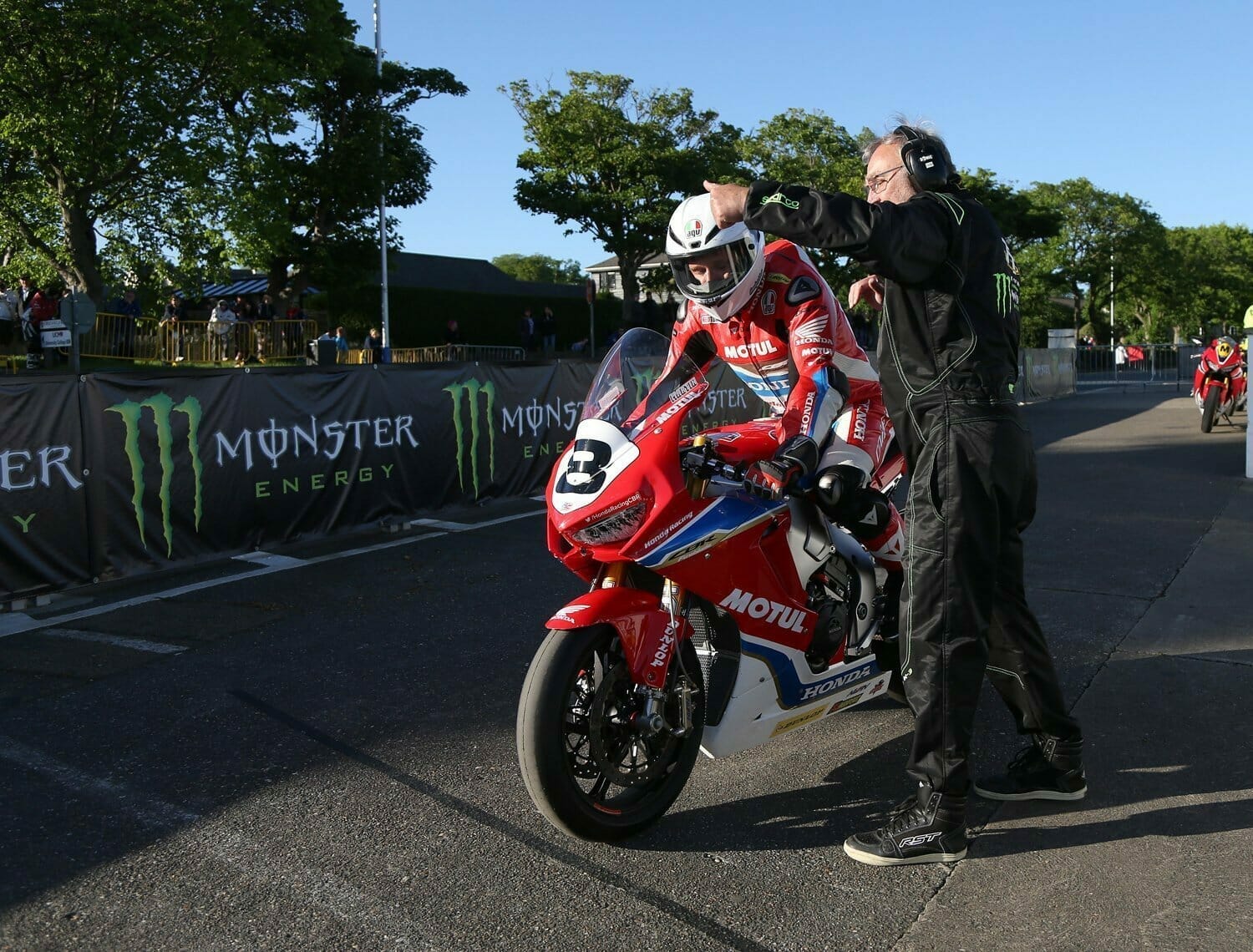