Presentation of the Suzuki GSX-R 1000 at the Intermot. The 2017 model looked closely. 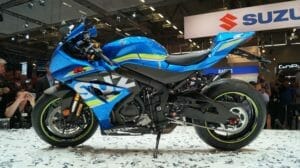 GSX-R 1000 – At the beginning of the year, I was able to look at the concept bike at that time and I have also reported on it. On October 4th. It was then, the final version of the 2017 GSX-R was shown for the first time and data called. Of course, I had to look at them again.

Strictly speaking, I had to look at the two models closely, because as usual, the spearheads of the athletes are offered in two versions. The two listen to the name GSX-R 1000 and GSX-R 1000 R 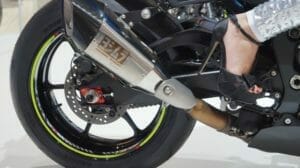 Suzuki had the foundation for a sports bike in sight and brought it to the point. Run – Turn – Stop. On these points one could summarize a sporty driving style. It was precisely these points that were being worked on. Acceleration, cornering so the cornering and braking. The goal was also to be the king of sport bikes. For this, a lot of MotoGP technology has also flowed into the series engine.

The Rennsport genes have got both versions grafted. The license plate holder and the mirror, glue the headlights off and onto the track 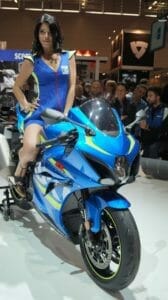 The motorcycle was built from scratch. New chassis, new engine, new face, electronic helper without end and and and. Of course, the R is more aimed at more ambitious race track drivers and is accordingly better equipped.

The empty weight is given with 202 kg, the R with 203. There will still be a version without ABS, but probably not in our area, over the Euro4 with eagle eyes to prevent that. As with the new Fireblade, both versions have the same engine power. The differences are different.

The typical motor characteristics of the previous GSX-R models have been retained. Power even in the low and medium speed range. However, by means of a somewhat different engine design, more power should also be present in the upper engine speed range. A new drag and variable valve control was involved. The engine is 6.6 mm narrower and is more compact and more upright in the chassis. A better feel for the front wheel is to be achieved thereby.

The chassis is the most compact that they have ever produced, optimized for a good handling. The fairing was optimized aerodynamically, in the wind tunnel and on the race track 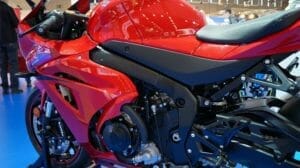 Both have a Ride by Wire, an electronic throttle which allows 3 different driving modes and traction control. In all driving modes the complete engine power is unfolded, but it changes as it does. There will be an easy start. A short press on the starter starts the engine. Sounds initially unspectacular, but no matter whether the engine is cold or hot, the engine is started reliably. So you do not have to organize until the engine is on, just press briefly, the rest folds automatically.

Exclusively for the R is the Quickshifter including blipper function, a higher quality chassis, position lights, a lighter battery, launch control and curves ABS

On the chassis one remains with the tried and tested – neither of the two versions is equipped with an electronic suspension. It remains classic, but of course fully adjustable.

There are, of course, a large number of sensors for the assistance systems. Front and rear wheel speeds are detected, crankshaft position and more. In addition, the movement of the new Gixxer is detected via 3 axes in 6 directions.

The traction control is adjustable in 10 steps and can also be adjusted while driving. Levels 1-4 are more suited for racing, 5-8 for athletes, 9 and 10 for wet roads.

LED technology is used for lighting. 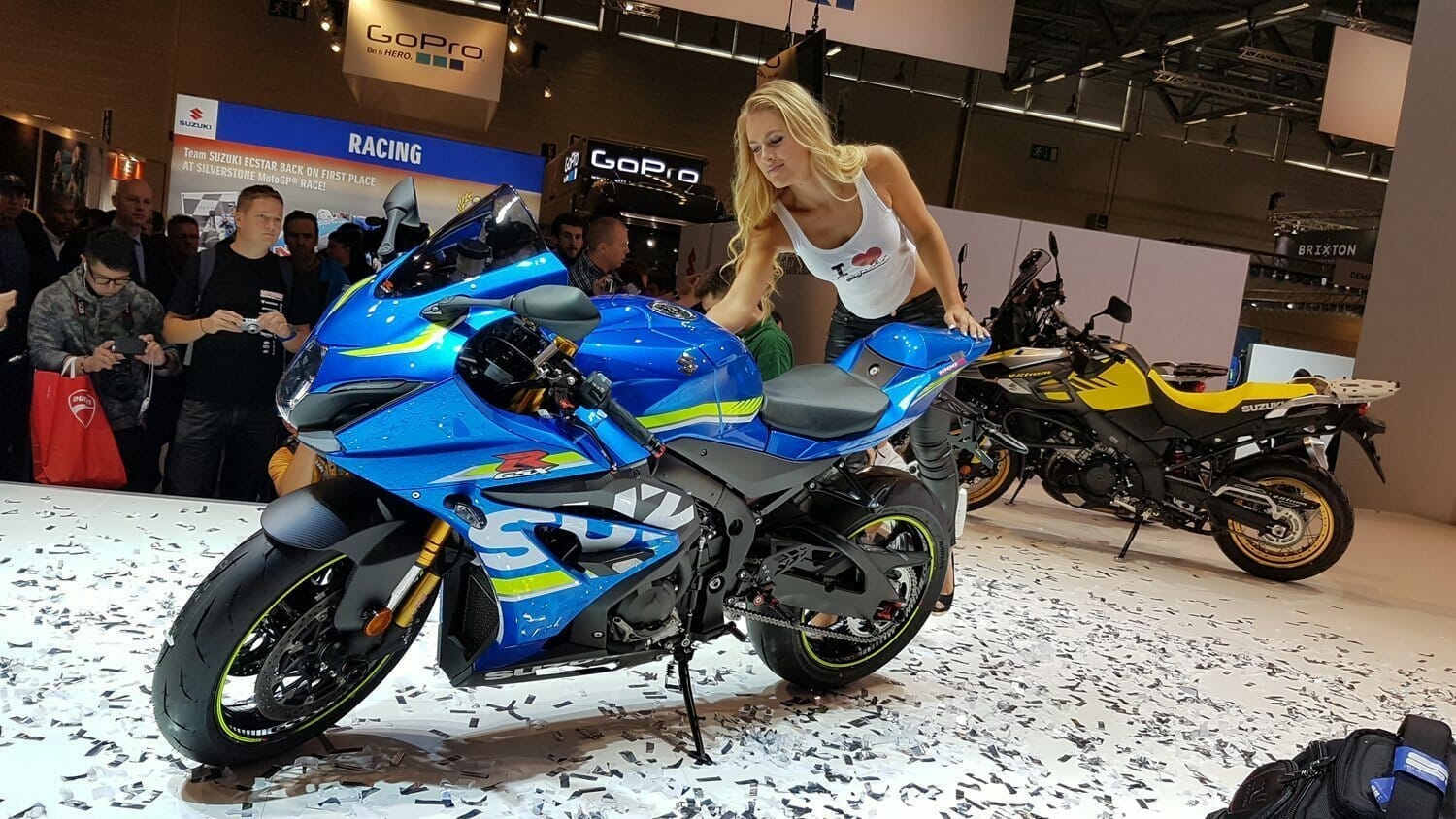