For quite a while there are rumors about a Kawasaki cruiser with supercharger. The Kawasaki Eliminator H2 or Vulcan H2 (depending on the region) is said to be almost finished in development.

The rumors originate from the Japanese region and the magazine Young Machine already reported about it a few months ago. It has to be mentioned that Young Machine either has a particularly good nose or special connections, because some of their predictions were finally brought to market. In addition, they often made renderings of the machine in advance, which usually came very close to the later product.

So it could go now also with the Kawasaki Eliminator / Vulcan H2. As with the well-known supercharged models from Kawasaki, a trellis frame should be used. The fuel tank drops down, the single seat has been mounted low and the footpegs have been centered. Suspension components could be carried over from the Z H2 and tuned softer. The supercharged engine is likely to be tuned for more low-end power and probably stay a good bit below the 200-horsepower limit.

According to rumors, the Kawasaki Eliminator / Vulcan H2 could still hit the market in 2021. Which market or which regions are meant, however, remains open. 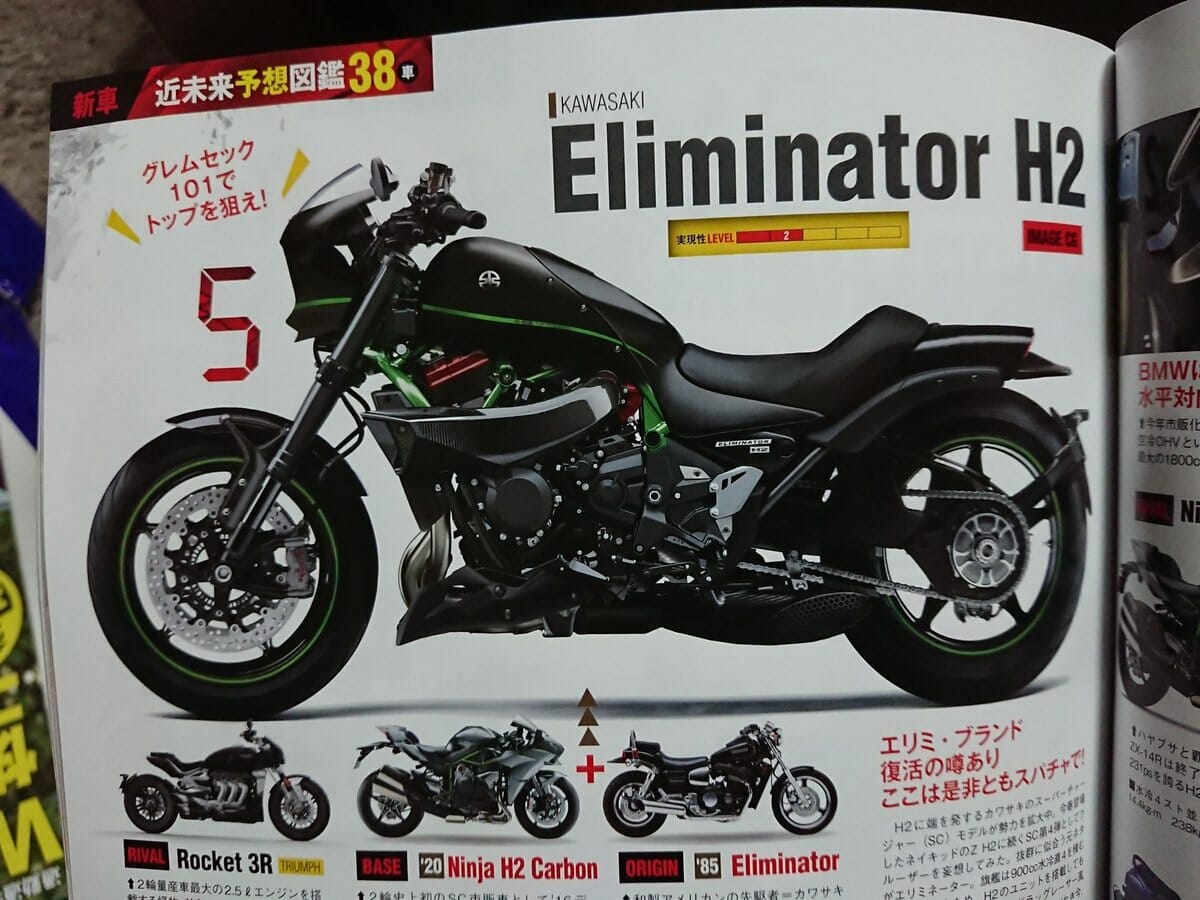