3 min read
MindSphere is an open cloud-based operating system from Siemens for the "Internet of Things", which can also be used for motorcycle racing.

MindSphere is an open cloud-based operating system from Siemens for the “Internet of Things”, which can also be used for motorcycle racing.

When the MindSpere platform was launched on the Czech market, Petra Fuchsikova had the idea of connecting her racetrack motorcycle with the cloud solution.

“We only had case studies available from abroad, all information was indirect. So I thought about creating my own project and connecting a machine I knew a lot about with MindSphere.

That way, we would be able to present real data that would impress customers more than, say, an ordinary machine. That was the birth of the idea for an intelligent motorcycle and thanks to a colleague from my team who selected the appropriate hardware and then put it into operation, the whole solution became a reality”.

At first glance, you can’t tell that it’s an “intelligent” motorcycle equipped with sensitive sensors. All sensors are hidden, only on the fork they are openly visible. However, this is not about hiding the technology, but rather about protecting it in case of a fall.

During a training session with the racing machine, the sensors record the data of the bike, but also those of the surroundings. An application sends them directly to MindSphere, where they are analyzed. The gained information can help to improve the setup of the bike. Also race strategy or driving style can be improved.

The racing team uses the free Fleet Manager component of the MindSphere platform. Individual data measurements can be monitored with it and data that has been stored over a period of time can be compared. You can also create special limit values for measured variables so that the system can warn you as soon as they are exceeded.

The data can be evaluated already during or after the journey, only the driver himself has no access to it, because he should concentrate on driving. Team members from the pit, however, could warn him of a possible danger via radio as soon as the system reports an alarm.

“They can tell me, for example, that my rear tyre is not warm enough for extreme braking manoeuvres or an extreme lean angle in a curve,” says Petra Fuchsíková.

However, a quick data analysis directly at the race track can not only warn of dangers, it also allows you to react directly to the circumstances and adjust the bike to the situation quickly and easily. 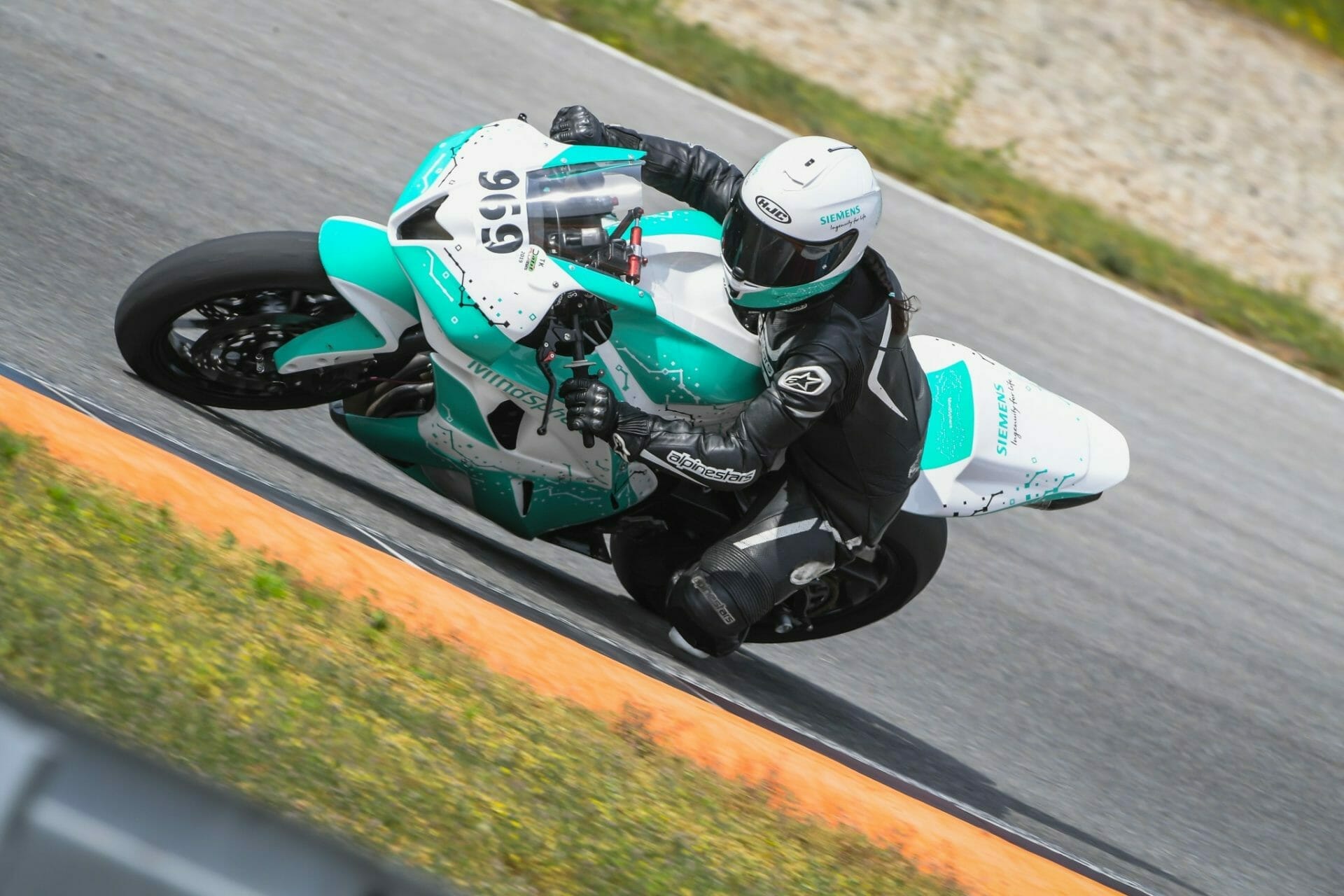