4 min read
For 2021, the FTR lineup is being tuned for optimal street performance, which should take the platform to the next level.

For 2021, the FTR lineup is being tuned for optimal street performance, which should take the platform to the next level.

All FTR models (except for the Rally) use Metzeler Sportec as their first tires. Instead of 19-inch wheels at the front and 18-inch wheels at the rear, they now use 17-inch wheels. The new suspension is fully adjustable. On the FTR R Carbon model, it comes from Öhlins.

Because of the smaller wheels, the suspension travel is 120mm instead of the previous 150mm. The seat height is 817mm, 36mm lower than before.

The engine has been converted to Euro5 and produces 125 PS, as well as a maximum torque of 120 Nm. This actually increases the power of the V2 somewhat. The new tuning should also ensure that the engine starts better in cold conditions. Cylinder deactivation of the rear cylinders at idle reduces waste heat.

Indian has four variations of the FTR in its lineup. The standard FTR is available in the Black Smoke color scheme at a price of 13,990 euros plus ancillary costs (Germany) and is equipped with an analog instrument. An A2 version of the FTR is also offered, which can be throttled to A2 compliance.

The FTR S is available in Maroon Metallic or White Smoke. The 4.3-inch display is equipped with a touchscreen and can be paired with a mobile phone via Bluetooth or USB. Technically, it is equipped with three riding modes, cornering ABS, wheelie, stability and traction control. The exhaust comes from Akrapovic. The price is 16,490 euros plus incidentals.

The FTR R Carbon is the top-of-the-line model, and is equipped accordingly. It gets the equipment of the S version plus some more goodies. Giving it its name are the tank cover, front fender and headlight fairing, which are made of carbon. The suspension components come from Öhlins. The price is 18,490 euros plus ancillary costs.

The FTR Rally benefits from the changes to the engine, but retains the wire wheels in 19 inches in front and 18 inches in the rear. The first tire here is the Pirelli Scorpion Rally STR.

As with the standard version, the analog instrument is fitted here and an A2 compliant version is also offered. The color scheme is called Titanium Smoke. The price of the FTR Rally is 14,990 euros plus ancillary costs. 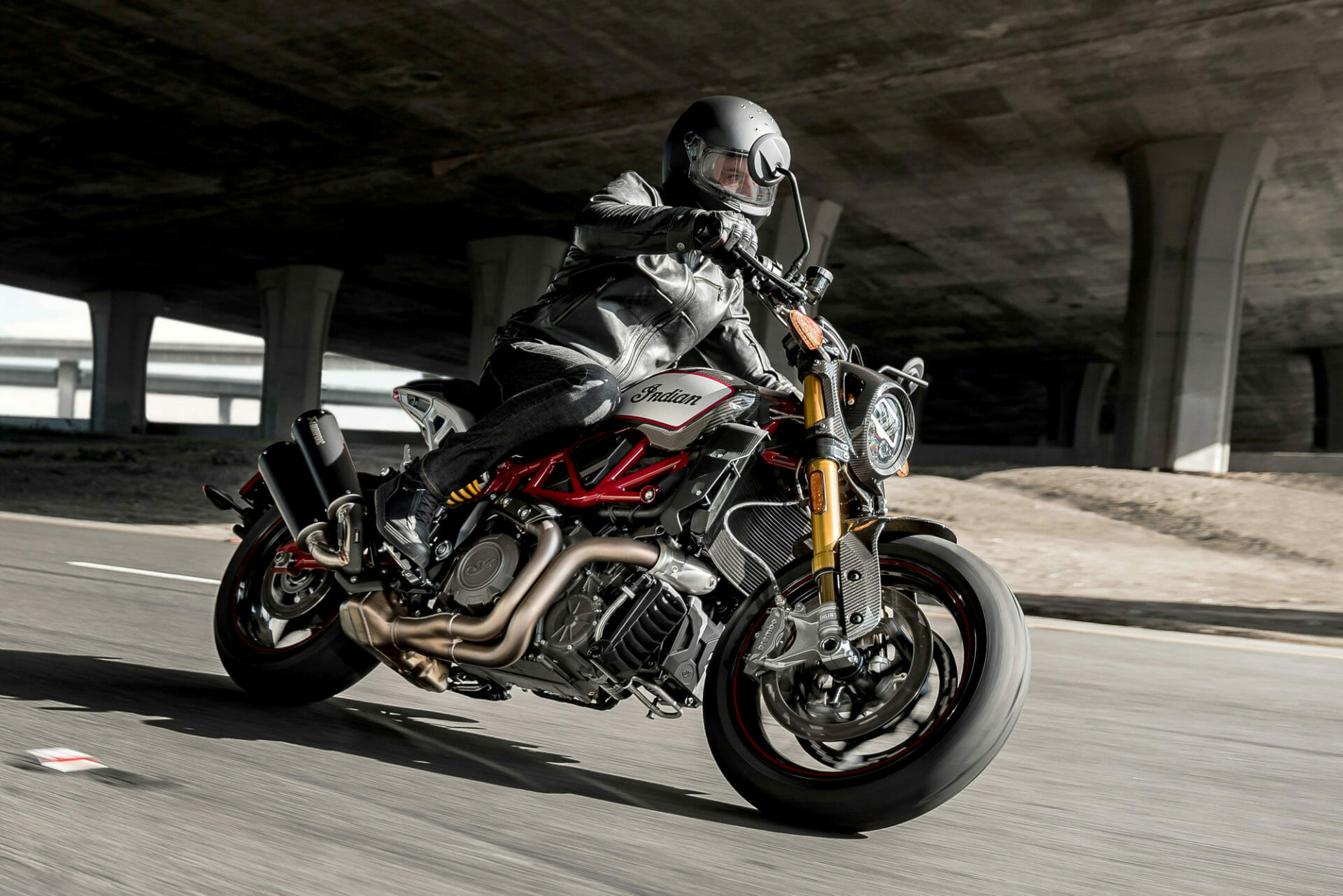