Indian and No Regrets, a world leader in the tattoo industry with a group of luxury tattoo studios in the UK, have entered into a collaboration. They now officially unveiled the first of three motorcycles enhanced by a tattoo artist.

The design on the Indian Chief is by artist Mayonaize (also called mayo). He was born in New Zealand, but now lives and works in Melbourne, Australia. His designs are not only in great demand as tattoos, he is also very popular as a painter. In this field, he makes artworks in street art, to canvas paintings and murals.

Mayo on the design process for the Chief: “I think the most interesting part is the way that all the panels fit together on the bike. I love the machining of the bike as well, so I was really interested in hero-ing that. You don’t want to just do something that’s not related to the flow of the bike, there’s lines to a bike like there’s lines and flow to a body – the focal point of the bike would be the tank and the engine beneath, so you want to hero the parts of the body that are the most interesting, the motorcycle creates the composition for the piece rather than just trying to put a flat image on each panel. I wanted it to look like it was one piece over the whole bike.” 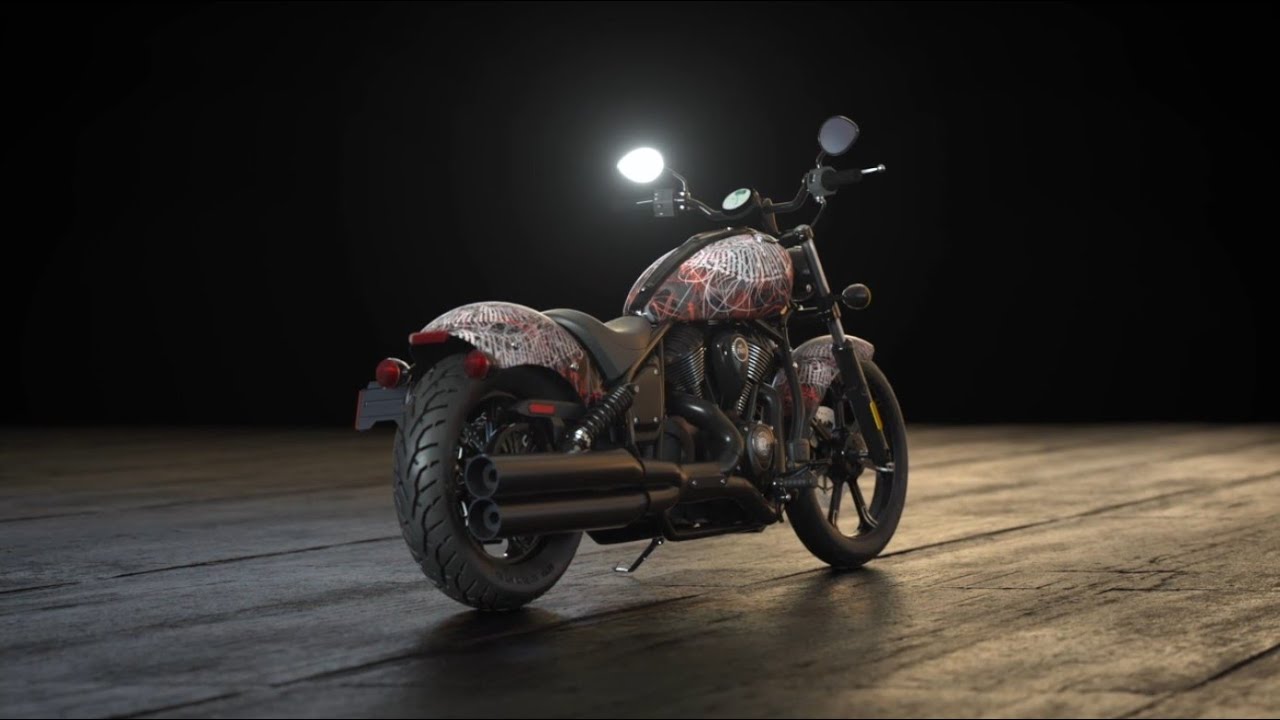