Honda has filed a patent for a pre-chamber ignition system on motorcycles. This technology has been around for decades, but could now be used in production motorcycles for the first time.

The system features a small chamber in front of the main combustion chamber. In this chamber, the spark plug ignites the air-fuel mixture. A series of smaller openings between the chambers ensures that the flame front, of the expanding explosion, is split into smaller bursts of flame. This allows the engine to use a lean mixture that also produces less harmful emissions.

A similar system is used in Formula 1 cars, but the pre-chamber described in the patent is able to rotate. This allows it to pass gases at the time of combustion and use the sealed side during the compression stroke.

Two injectors are used, one for the combustion chamber and a separate one for the pre-chamber.

Basically, the combustion chamber produces a very lean mixture that would not actually be able to ignite on its own. However, due to the flame front of the pre-chamber, it is sufficient to create an optimal air-fuel ratio and accelerate the combustion process. This increases efficiency. 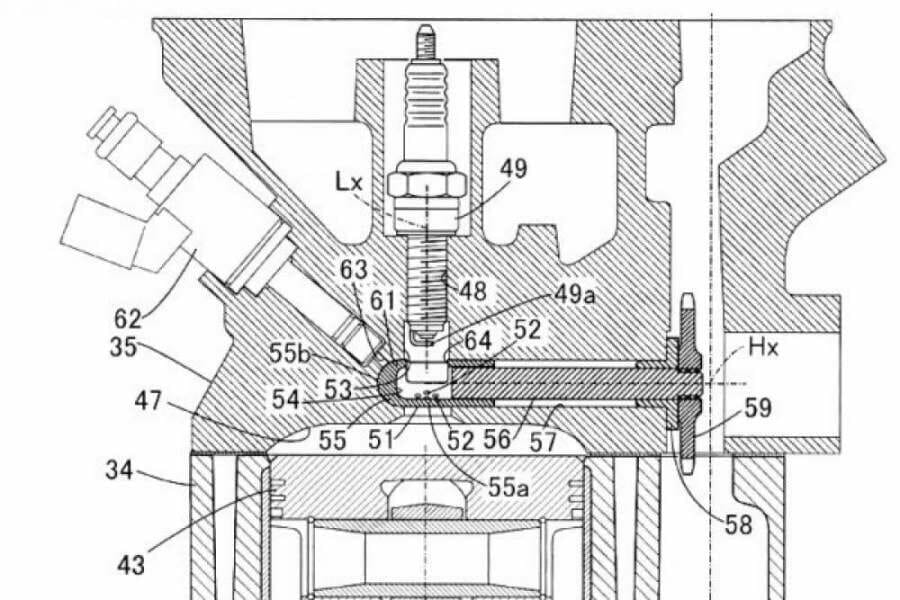