Starting in August, you will be able to build your own little Harley yourself. Lego launches the Lego Creator Expert Set Harley-Davidson Fat Boy.

The set consists of 1023 parts. Many elements are movable, such as handlebars, shift and brake levers, as well as rear tires and the pistons of the Milwaukee Eight engine. The Mini-Harley is available from 01. August. Recommended retail price 89,99 €

Inspired by the collaboration between Harley-Davidson and Lego, a full-scale model was also built. It consists of 69,569 Lego elements and is exhibited in selected Lego stores. 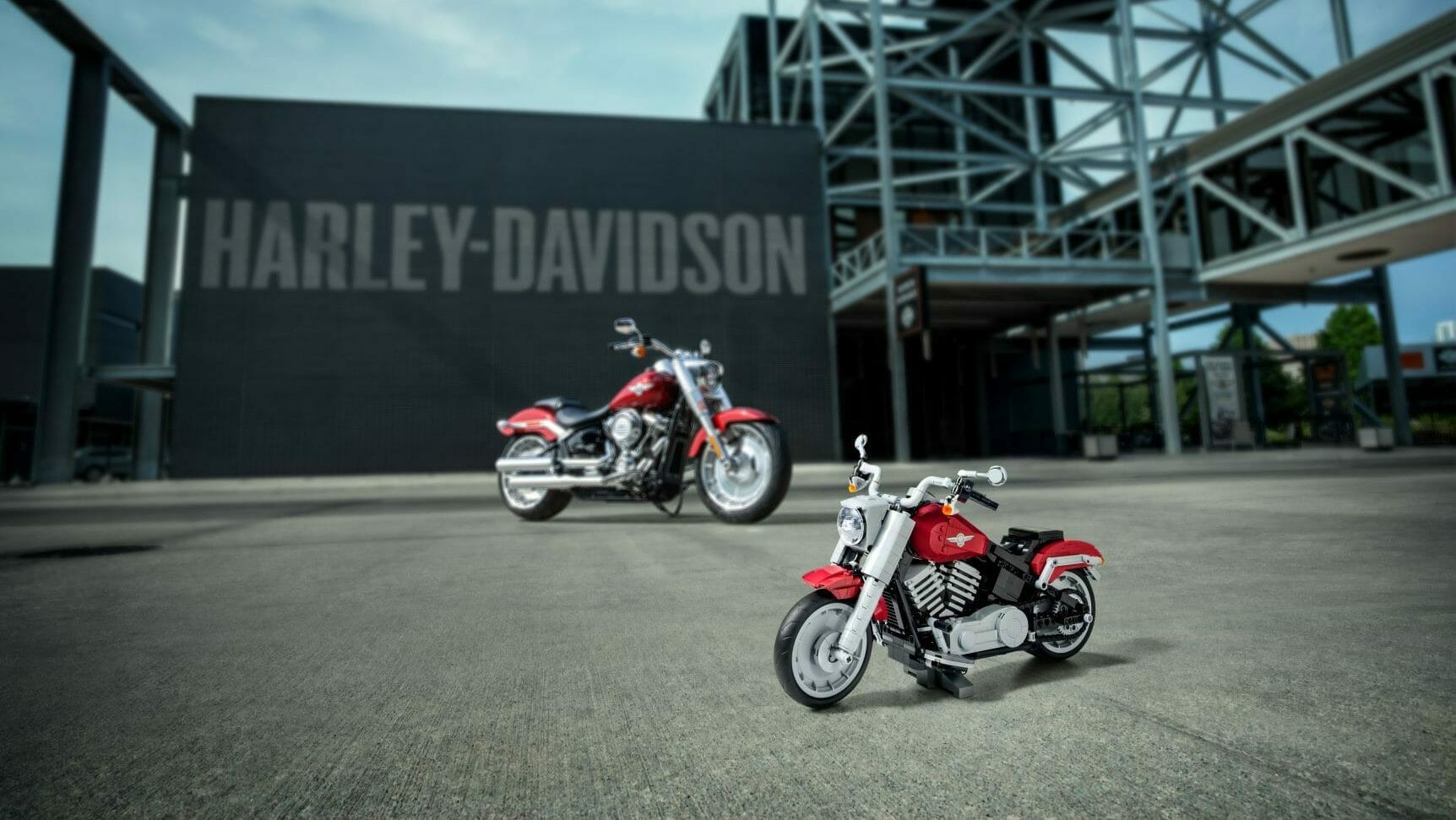