As previously reported, RoadRacer Guy Martin is working on a new record. He wants to reach a speed of 300 mph (about 483 km/h) with a motorcycle on a distance of one mile, from a standing start.

He has already done the first test rides and he reached a speed of 282 mph. This means he is only 18 mph short of his record.

His racing machine is a completely revised Suzuki Hayabusa. It was fitted with a full fairing to offer as little wind resistance as possible. The engine has been tuned to 830 hp.

Guy Martin: “It’s only 16 seconds, the whole thing is only 16 seconds. It is just gritting you teeth and trying to manhandle this monster down a mile track. It’s like nothing else I’ve ever experienced. It’s just madness, it’s a wrestling match in every area, physically, mentally, everything. 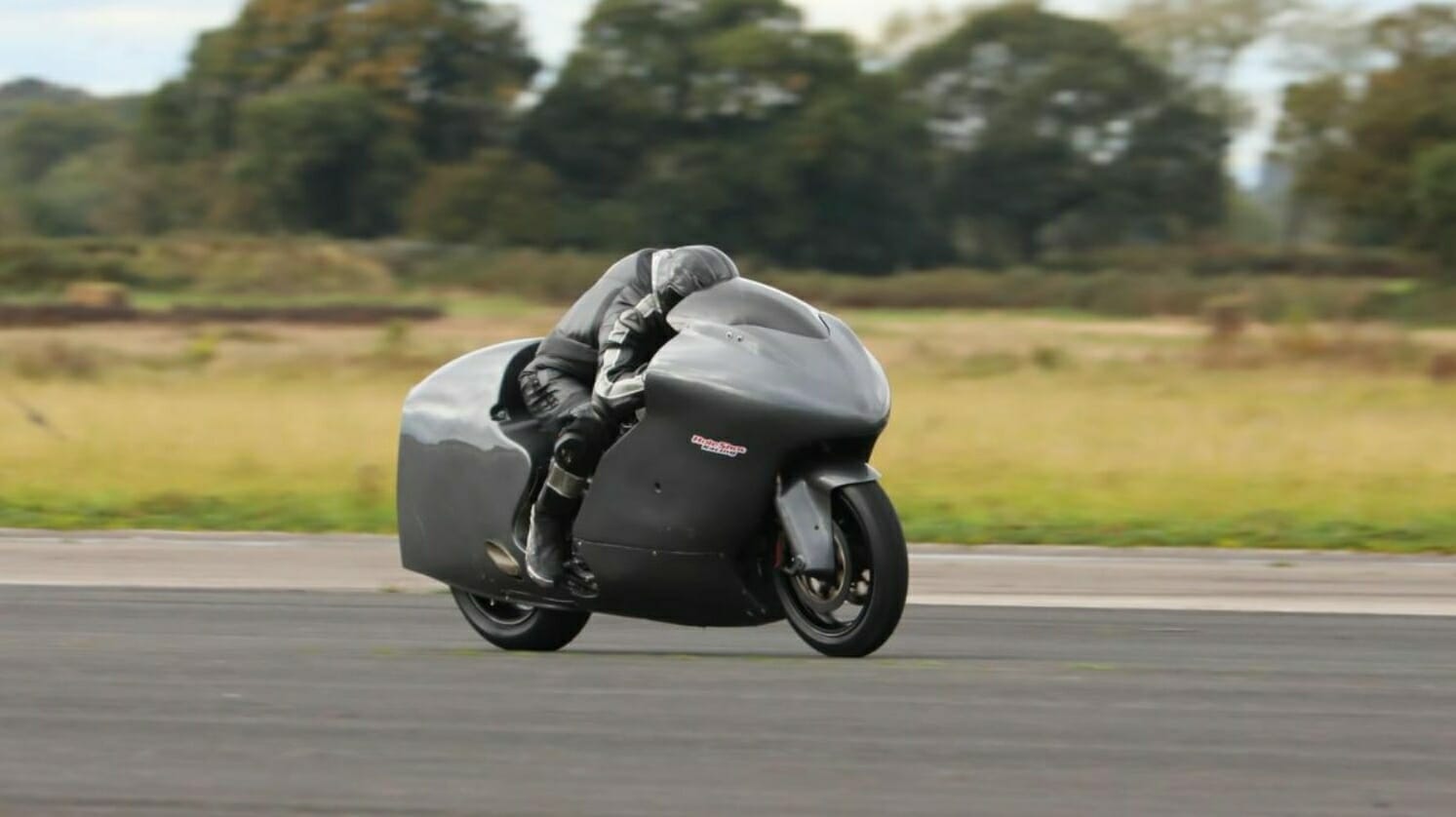