Miller can decide the exciting race in LeMans in his favor. The French podium is completed by Quartararo and Zarco.

The race started as a dry race and it was unclear whether it would rain again at all. Miller was able to win the start and sat down from Vinales and Quartararo. The two Honda factory riders also had a good start. Marquez and Espargaro followed in fifth and sixth place.

Franko Morbidelli was the first to crash. He went straight in turn 11 and could not hold the machine.

Rain mixed everything up

After three laps and some changes of places it started to rain. Although the pit lane was opened to change bikes, everyone still stayed out. However, as the rain got worse, everyone went into the pits on the following lap. Accordingly, it was chaotic there. Joan Mir (Suzuki) still crashed before he made it into the pits. Marc Marquez was able to work his way up to second place before entering the pits and then even went back on track first with rain tires.

Ducati riders Miller and Bagnaia went too fast in the pit lane and were therefore penalized with a double long-lap penalty. Miller felt so comfortable on his Ducati on a wet track, the rain had stopped in the meantime, that he was able to catch up despite the detour he had to take. Earlier, Marquez pulled away at the front, but then crashed at turn 14, continuing his race and beginning his chase to catch up from the back of the field.

Quartararo who had the top position was then also penalized with a long-lap penalty for going to the wrong pit. He turned one pit too early, causing him to stop next to the bike of his teammate Vinales. But he noticed it in time, ran to his bike and started the race on rain tires. However, the oversight meant he didn’t turn at his mandatory mark, which led to the penalty.

Other failures and crashes

Miguel Oliveira crashed and the two Aprilia riders had technical failures, which took them out of the race many. Marquez was able to work his way back up to eleventh place in the meantime, but then crashed a second time and had to finish the race. He was on the medium-wet tires, which proved to be an advantage at the time, as they worked better in the conditions and the soft-wet tires were slowly weakening.

Miller, who had been riding at the front since the middle of the race, was also struggling with this. Zarco caught up more and more as a result and was ultimately still able to secure second place behind Miller and ahead of Quartararo. 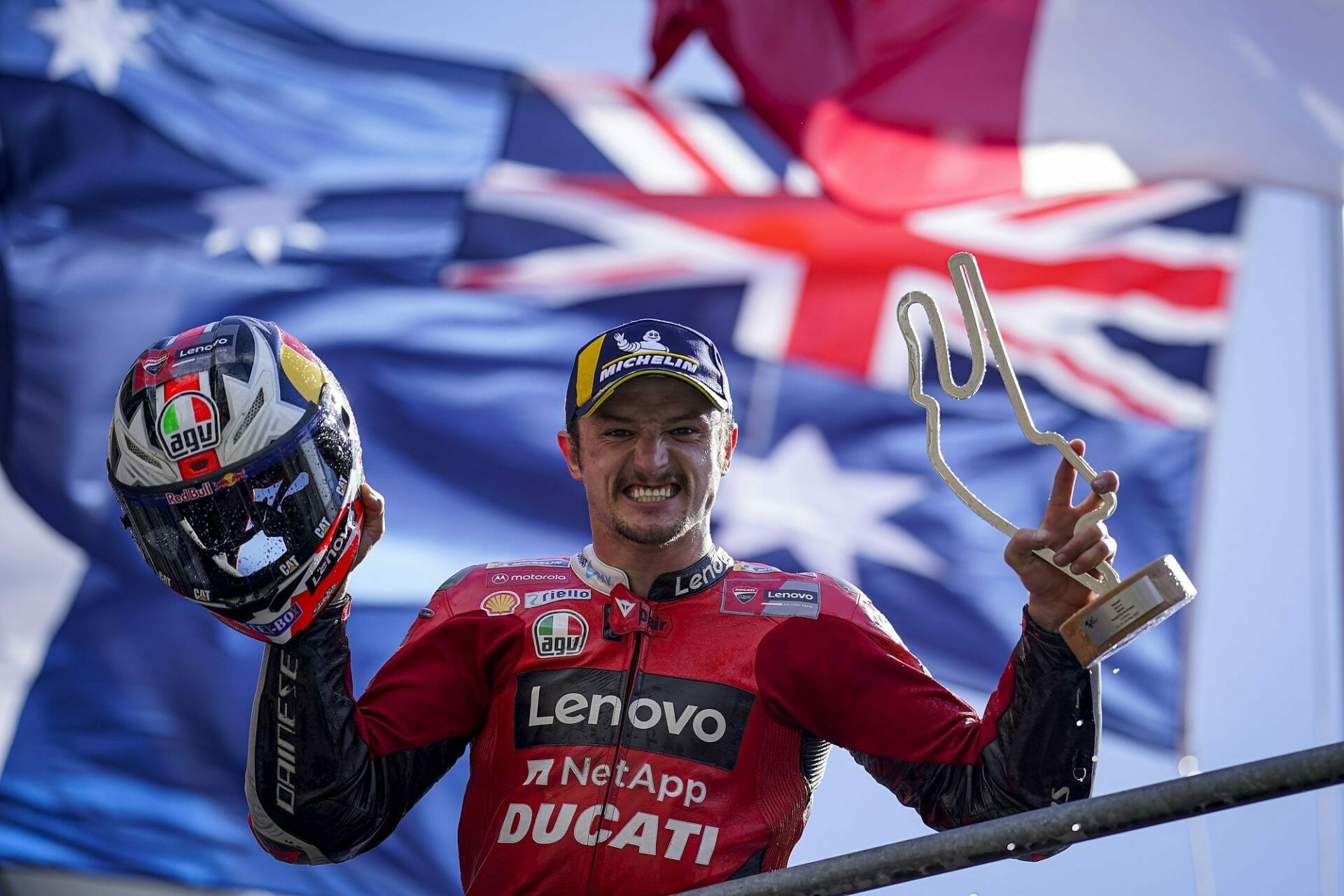