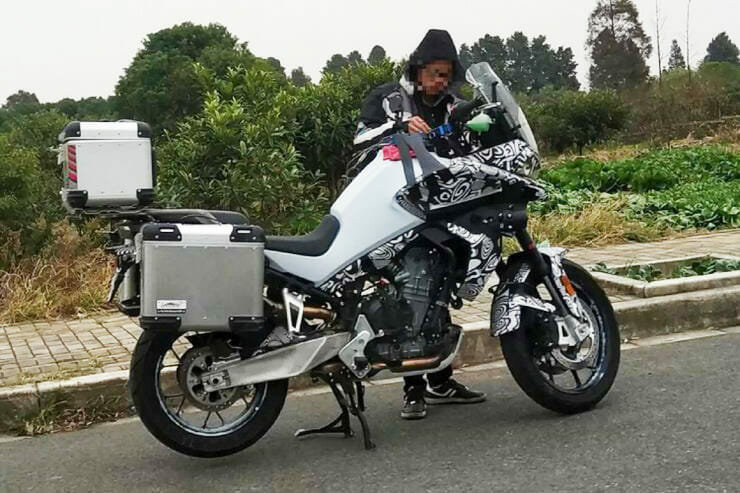 For years there have been rumors that the Chinese company CFMoto has launched motorcycles equipped with KTM engines. The rumors were fueled by ever closer relationships. Now a CFMoto Adventure model with KTM engine has been sighted.

In cooperation with KTM, CFMoto has already produced joint models that were sold in China under the KTMR2R brand.

Now the first pictures of a new CFMOTO Adventure have surfaced. The LC8c Parallel Twin was used, which also provides propulsion in the 790 Duke. The frame also seems to come from KTM.

The model seems to be more for the road than for serious off-road trips, since cast wheels were used instead of spoke wheels.

According to investor documents from Pierer Mobility AG, the collaboration with CFMoto was confirmed and the use of the two-cylinder platform was also mentioned. Accordingly, the first product will be the CFMoto MT800 and go into production in September 2020. The probability is high that the motorcycle in the pictures is the mentioned MT800.