Yamaha Europe has created the Collection Hall to preserve the company’s legacy and tell its story.

On September 25, the official opening of the Collection Hall in Amsterdam (Netherlands) took place. The exhibition aims to show and preserve the racing and production history of the brand. Significant motorcycles from 1961 to today can be admired there.

A selection of historic racing motorcycles whether off-road or Grand Prix championships can be seen. In addition to the Yamaha YZE750, with which Stephan Peterhansel won the Dakar in 1991, stands the YZF-R1, with which Ben Spies dominated the Superbike World Championship.

Motocross fans should be particularly interested in the World Championship Winner YZ 450 F by Stefan Everts, or their equally successful development. The YZ 450F by Adrien Van Beverens with which he won the l’Enduropale du Touquet in 2015 is also part of the exhibition.

Eric de Seynes, Präsident Yamaha Motor Europe N.V.: “The Yamaha Motor Europe Collection Hall is dedicated to the memory of our past in racing, and to the memory of what has revved the heart of our customers. A “home” for our iconic models and it has two vocations: first to inspire our engineers and designers in their process of creating future models, and second, support the credibility and the emotional value of our novelties, in the respect of our past creations.”

But there is a downer, the exhibition is not open to the public. Parts of it are supposed to be shown on different shows and events. 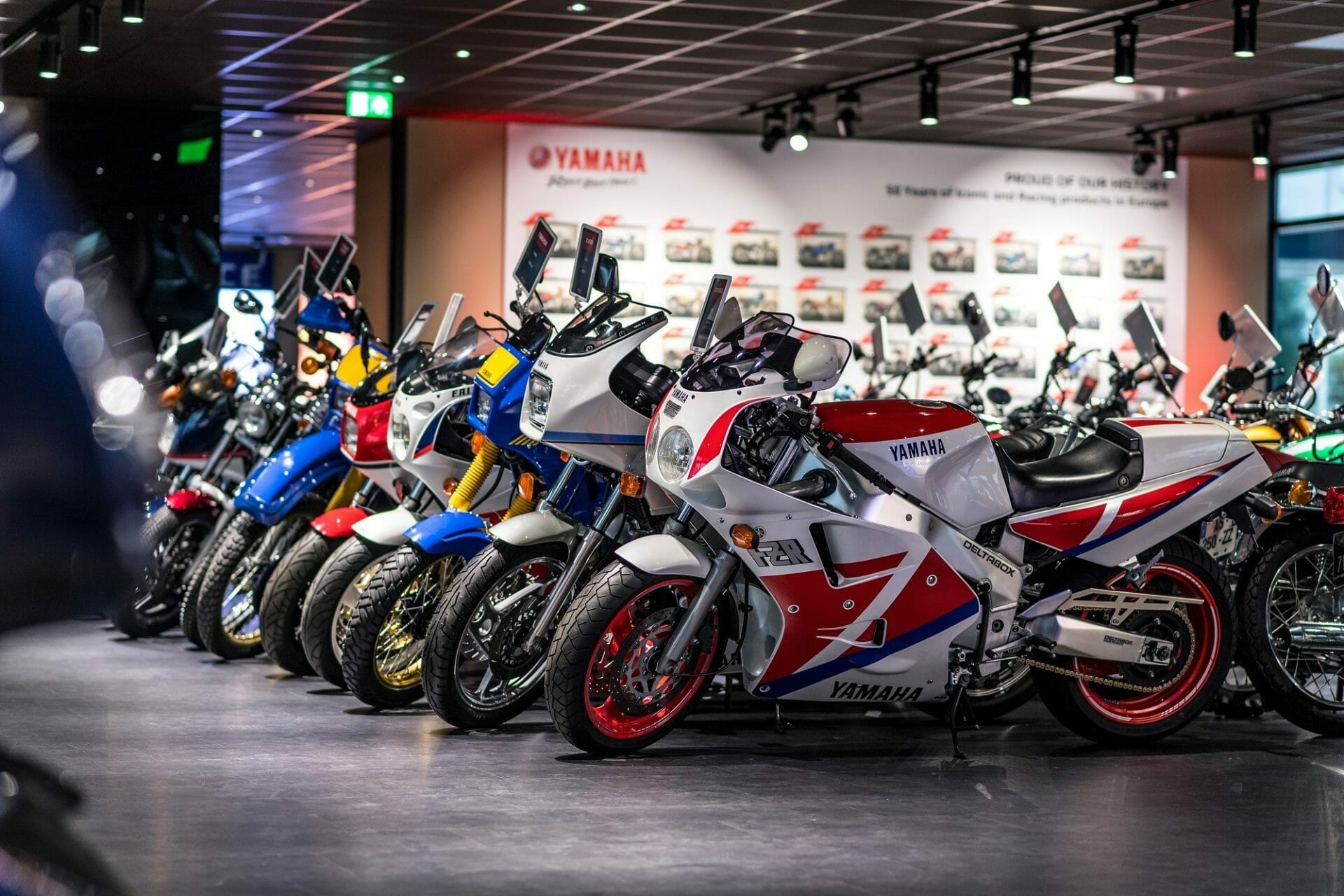