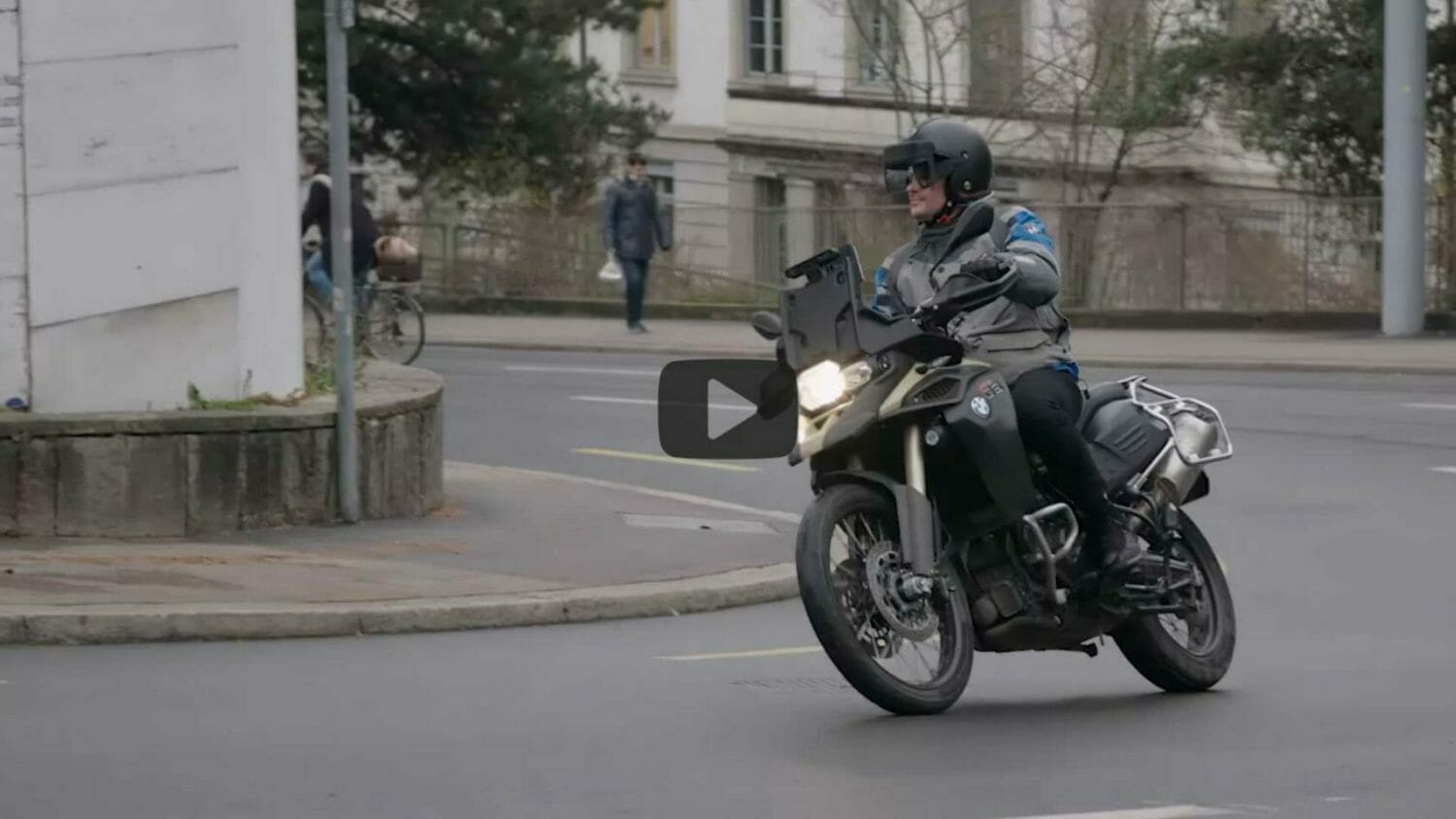 The Swiss Federal Institute of Technology in Zurich wants to use augmented reality, which shows riders a wide range of data via a head-up display, to make motorcycling safer.

In principle, the display is similar to that of a video game; the driving line, braking points and other warnings are shown to illustrate the best possible line around the bend. However, this is not just a head-up display, but a complete computer system.

Aegis Rider, which emerged from a research project at ETS Zurich, is working on the system. The three-part system is presented in a YouTube video. It consists of a visualization system for the rider built into a helmet, a computer security system mounted on the motorcycle that analyzes all the data, and a sensor unit consisting of a camera and GPS system that provide the necessary data.

There is also an eye-tracking function to include where the rider is looking.

The system is not only intended to show a particularly safe line of curves, but also to detect obstacles or dangerous spots and warn the driver accordingly.

The system is currently still under development, but a market launch is on the agenda. The complete system will then certainly be integrated into the helmet.