The photo published by Motoblog.it shows a completely black Multistrada V4. Only the frame and the fork guard on the fender are red. The view of the rear wheel rim is not disturbed by anything, because the rim was attached to a single-sided swingarm. Further, it is noticeable that a 17 inch wheel was mounted on the front instead of the 19 inch wheel.

It looks like Ducati is working on a more street-oriented Multistrada. However, the question remains whether Ducati wants to launch a special model or sister model so soon after the introduction of the Multistrada V4!? Who knows, maybe the camouflage of this prototype is also particularly good and underneath is something completely different.

The bike on the picture seems at least a little smaller than the known Multistrada V4. However, this could also only seem so because of the perspective. 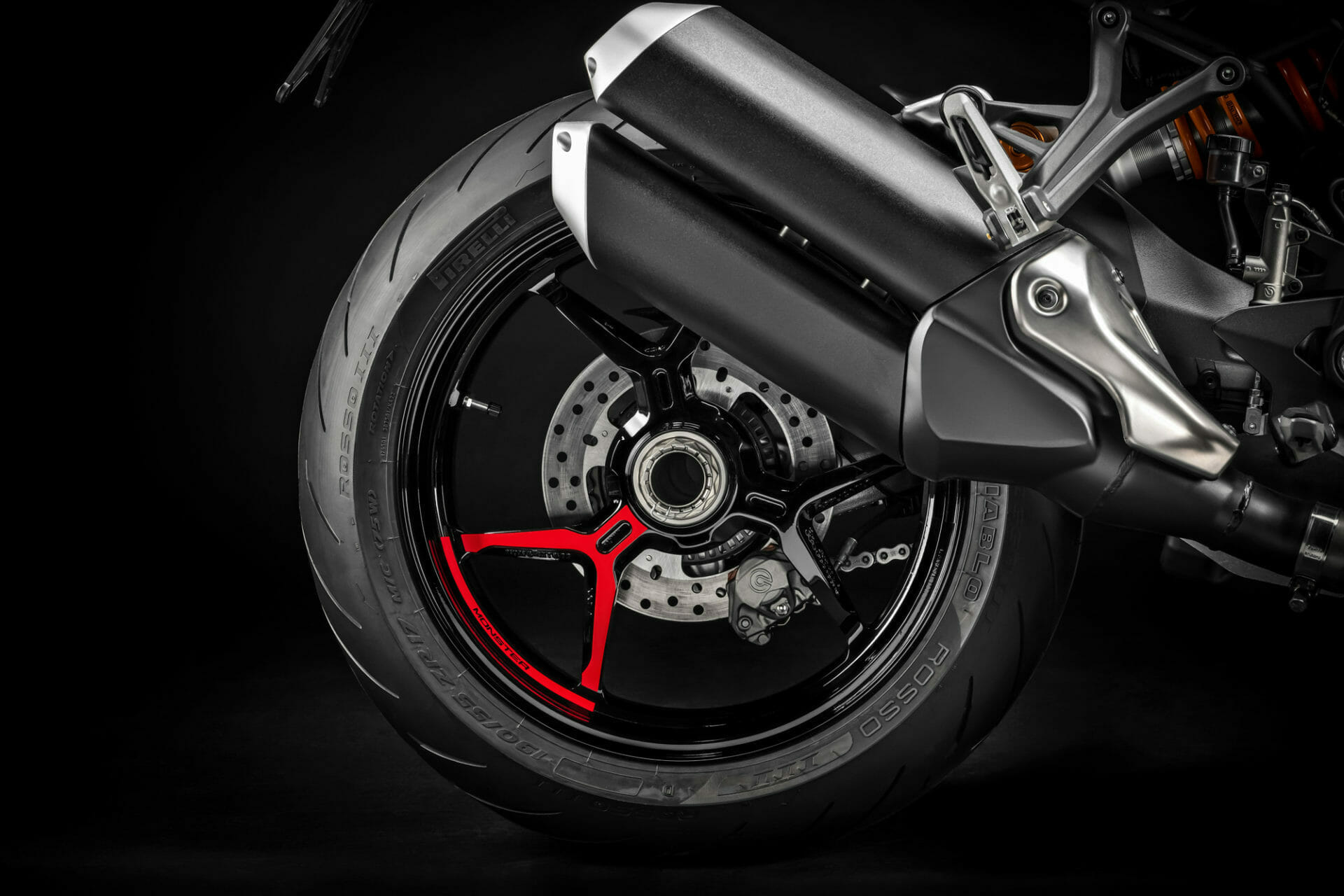