4 min read
Ducati trims the Multistrada V4 to a road-oriented sports bike. The name Pikes Peak comes from the famous mountain race in Colorado (USA), where motorcycles are now no longer allowed to compete.

Ducati trims the Multistrada V4 to a road-oriented sports bike. The name Pikes Peak comes from the famous mountain race in Colorado (USA), where motorcycles are now no longer allowed to compete.

Changes for the road

The Multistrada V4 Pikes Peak is equipped with 17-inch tires and a chassis designed for the road. This distinguishes it from the well-known big enduro, which is also suitable for off-road excursions. The new wheels come from Marchesini, they are factory fitted with Pirelli Diablo Rosso IV. The rear wheel is mounted on a new single-sided swingarm.

For the suspension elements, Öhlins components were used for the Pikes Peak. A 48mm upside-down fork is used at the front and the TTX36 – both semi-active – was chosen for the shock absorber. The new components reduce the rear suspension travel from 180 to 170mm, while it remains the same at the front.

The diameter of the brake discs has increased by 10mm to 330mm. Instead of Brembo Monobloc calipers now bite M50 Stylema calipers in it.

The monocoque frame has been slightly modified. The wheelbase was extended from 1,567 to 1,595mm. The weight has been reduced by one kilogram. 214 kg is the new dry weight.

The handlebars have been made narrower and more cranked. It has been mounted lower, which, together with the footrests mounted higher and further back, results in a sportier seating position. The seat was designed in two colors and is adjustable in height (840 – 860mm).

The fender and fairing nose are made of carbon.

From December, the Pikes Peak will be available at dealers at a price of 27,990 euros. This makes it 10,000 euros more expensive than the lowest-priced entry-level Multistrada model. 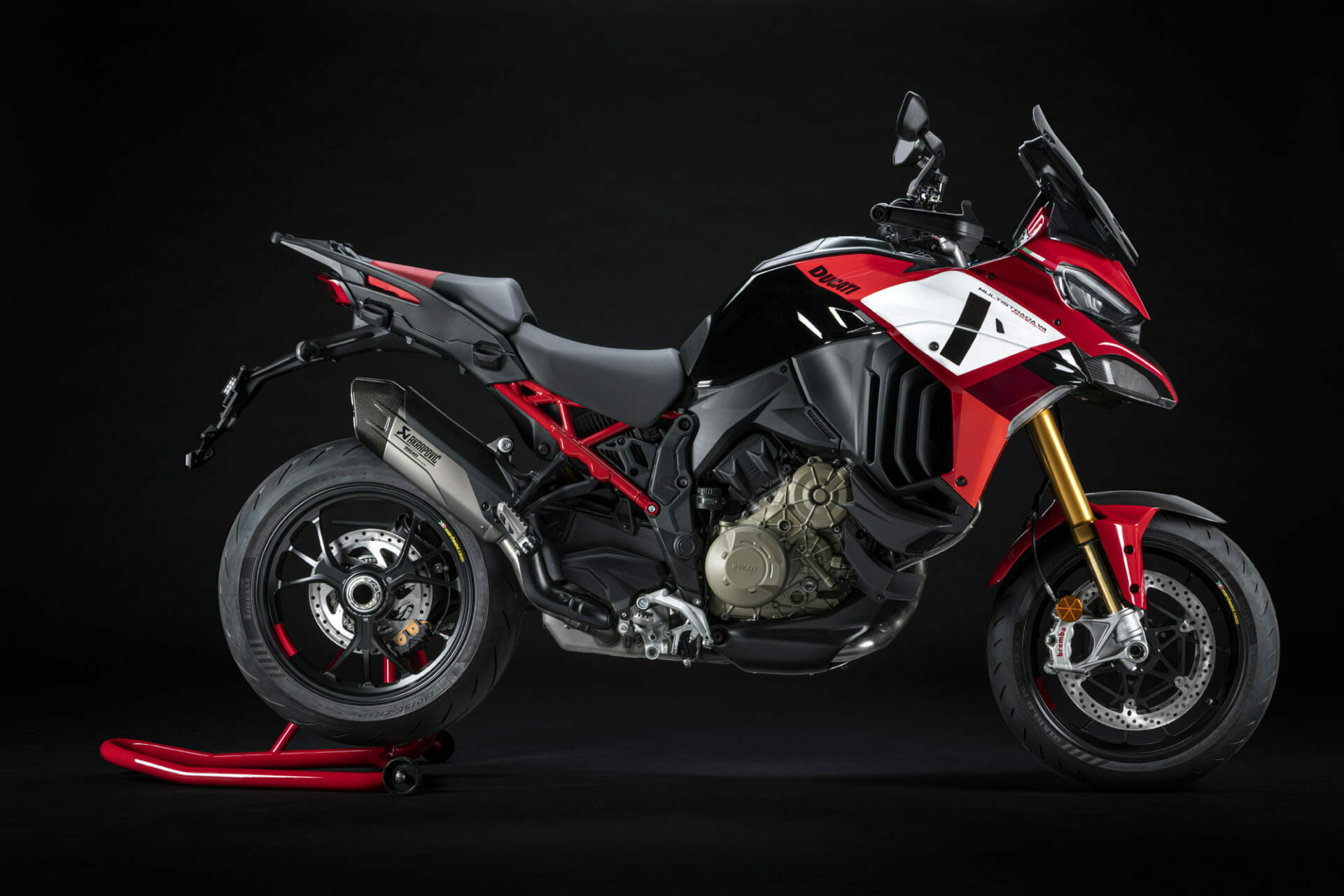