The forthcoming Ducati Multistrada V4 should be presented shortly, now it was spotted in the wild near the Ducati factory. The pictures, which were taken by Revzilla, are exceptionally good quality spy photos.

You can see the Multistrada V4 as it is on off-road. This suggests that it was developed further in the direction of the adventure motorcycle, although the first model was still more of a sports tourer. So it should be very well suited for tours off the beaten track.

Many changes – at second glance

Besides the new powerful V4 engine, the look has been slightly reworked, especially the front end. The front air intakes were pulled further back. There are bigger changes in the chassis. The single-sided swing arm had to give way to a traditional swing arm and also a tubular frame is no longer present.

However, the biggest changes are probably in the assistance systems. It is equipped with the latest technology, this has already been announced. At the front you can see between the headlights the radar system which is used for a collision avoidance system. This makes it possible for the system to automatically adjust the speed, taking into account the distance to the vehicle in front. The blind spot should also be monitored. 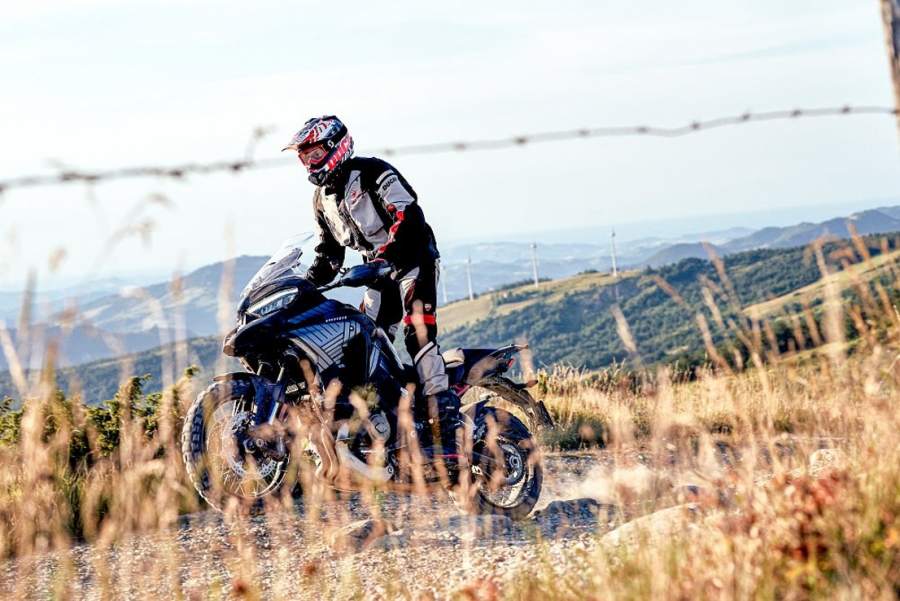