Rumors about a Multistrada V4 with a revised engine of the current Panigale have been around for some time. Now Ducati has commented on the margins of a press release and made it clear that it is planned for 2021.

The Multistrada has now reached the milestone of 100,000 built models after 16 years. The anniversary machine was a 1260 Pikes Peak, which the German Dave Hayward had ordered from the Dusseldorf dealer.

The Multistrada was provided with an individual laser marking on the upper triple tree and handed over personally by CEO Claudio Domenicali. Surely a great surprise for Dave.

The Multistrada is available in different specifications and has already gone through a long evolution. Ducati now announces that the development of the Multistrada will continue and that in 2021, in addition to the 950cc and 1260cc Multistrada, there will also be one with a V4 engine. 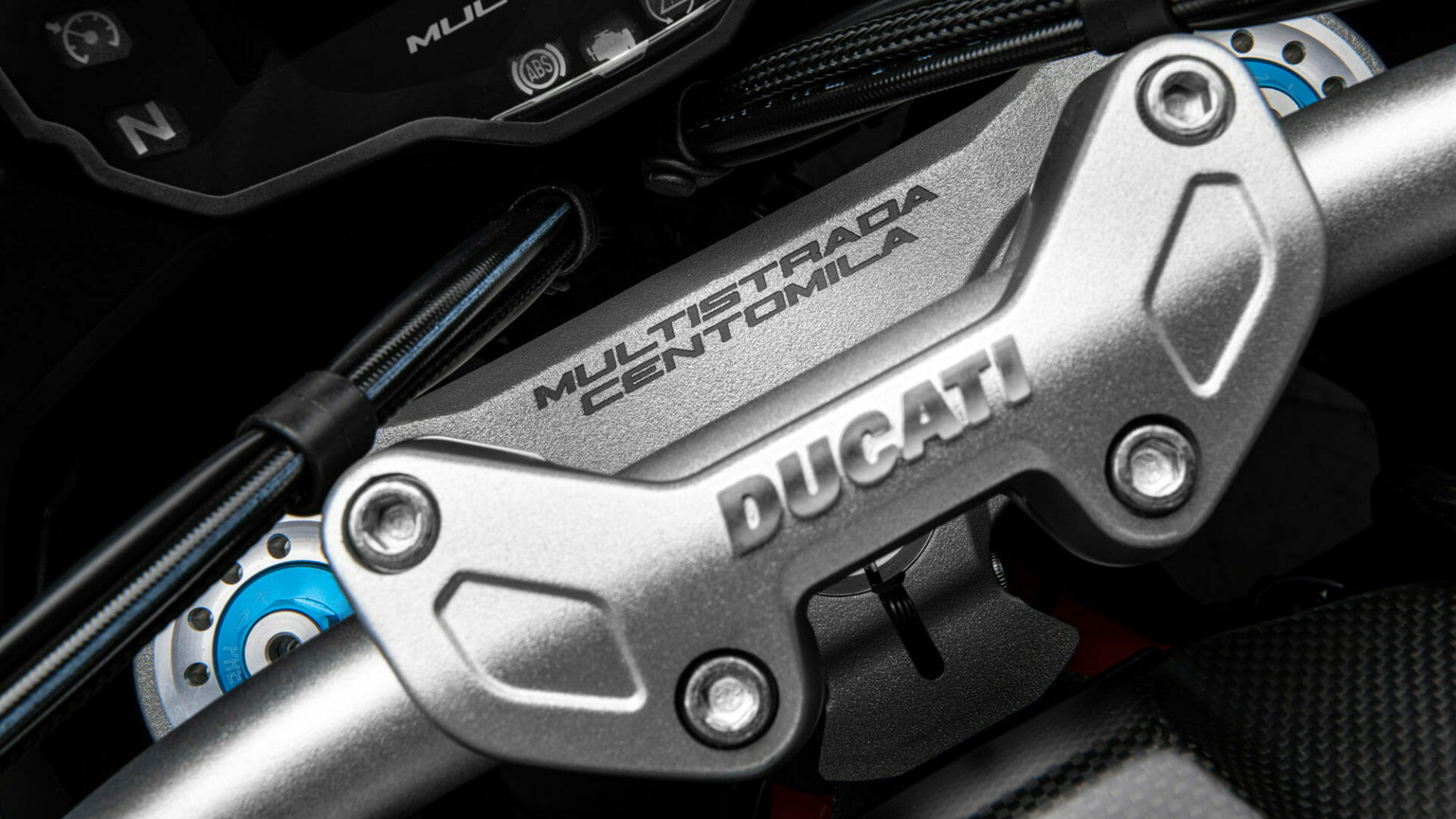