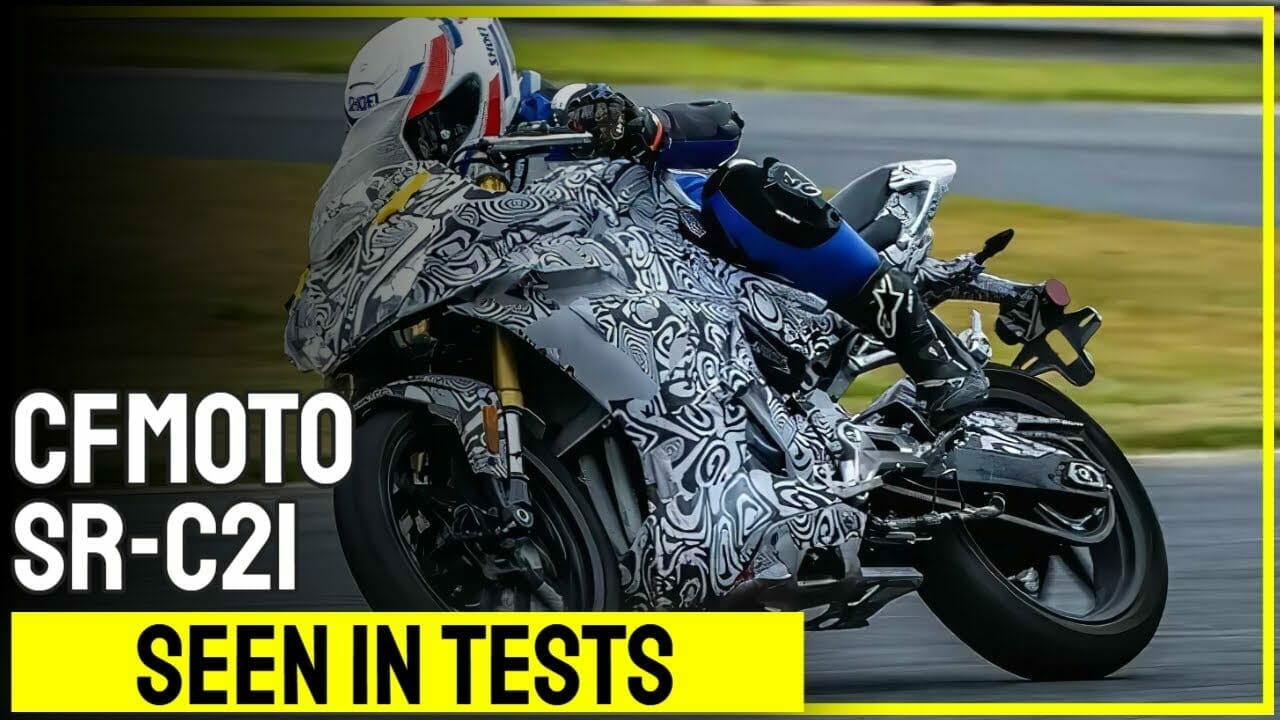 Cancel
Turn Off Light
Share
Theater
CFMoto SR-C21 spotted in tests - not much remains of the radical sportbike. - also in the MOTORCYCLES.NEWS APP Click to Tweet

The SR-C21 concept bike caused quite a stir in the social media and also at the EICMA. No data was revealed, but the radical look spoke for itself. Now the SR-C21 was spotted in tests, but not much remained of the radical optics.

There were some rumors about which engine could power the sportbike. It was supposed to have at least 400cc. Some even suspected that KTM’s 800cc LC8 V-twin could be installed, which also powers the limited edition KTM RC 8C. This would not be completely unlikely, considering that CFMoto and KTM work closely together and the engine also provides propulsion in the CFMoto 800MT.

Also the Brembo brake system, which even had covers (known only from racing), the SC-Project -under-seat exhaust system and also the large carbon winglets indicated some power.

The CFMoto SR-C21 has now been spotted test riding in China and apparently not much of the radical sportiness remained.

The engine is said to be a 450cc parallel twin. One suspects a revised version of the KTM 490cc engine. There is no information on the performance data yet, but the other changes to the bike do not exactly speak for excessive power. Instead of the SC-Project system, a normal muffler has been installed on the side. Braking is no longer with a fat Brembo double-disc system at the front, only one disc remained, although the components also no longer seem to come from Brembo. The radical winglets can also no longer be seen in the leaked images.