There have long been rumors about the small sports motorcycle called SR. At first one assumed a 250cc model, then data leaked from a 300cc bike. In the meantime, it was officially presented.

The Chinese manufacturer CF Moto will only release the 300 SR on the Asian market. A 250cc version is also being built and is also offered in other markets. However, publication in Europe is unlikely.

The front of the sport motorcycle is particularly striking. The CF Moto 300 SR is equipped with an LED double headlight, which is framed by LED daytime running lights.

The 17-inch wheels, which are equipped with 140/60 (rear) and 110/70 tires (front), are sporty and certainly offer extremely easy handling. At the front, a 37mm upside-down fork dampens and the deceleration is done with a 292 disc, four-piston pliers and ABS.

Information about speed and revs is displayed on a colored dashboard.

The ready-to-drive-weight is given as 165 kg. 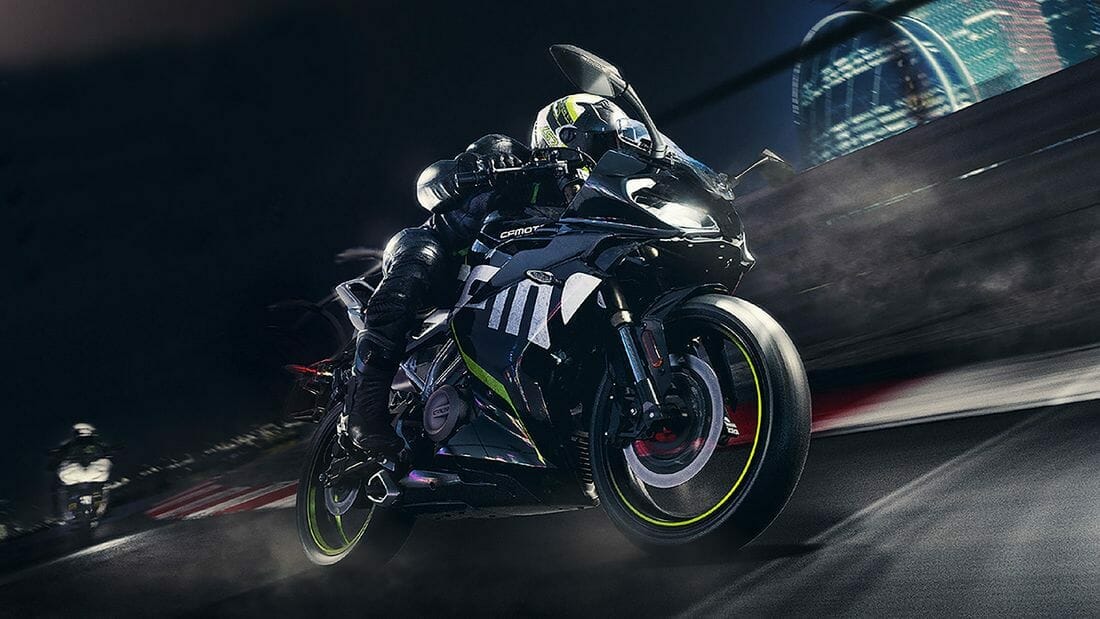