4 min read
Suzuki wants to leave MotoGP and the EWC and will no longer compete in the premier class of motorsport and the World Endurance Championship in 2023. The reason given is the economic situation.

Suzuki wants to leave MotoGP and the EWC and will no longer compete in the premier class of motorsport and the World Endurance Championship in 2023. The reason given is the economic situation.

Already on 05/02/2022 the rumor of Suzuki’s exit spread in the MotoGP paddock and a high-ranking Dorna official confirmed the news.  An official press release from Suzuki was to follow on 05/03/2022, but that took a little longer.  On July 13 then followed the announcement also the Endurance World Championship EWC to leave at the end of the season.

Toshihiro Suzuki, Representative Director and President: “Suzuki has decided to end its participation in the MotoGP World Championship and EWC in order to reallocate resources to other sustainability initiatives.  Motorcycle racing has always been a challenging place for technological innovation, including sustainability and human resource development.  This decision means we are taking on the challenge of building a new motorcycle business by redirecting the technological capabilities we have built through motorcycle racing activities.  All this to explore other paths for a sustainable society.”

MotoGP exit must first be negotiated

Actually, a 5-year contract was signed with Dorna as recently as last year, which was supposed to secure participation in MotoGP until the end of 2026.  In the meantime, Suzuki is in talks with Dorna about how an earlier exit could take place.

However, Dorna will probably not make it easy for the motorcycle manufacturer, because even after the first rumors about Suzuki’s exit, Dorna reminded Suzuki of the existing contract. The exit would therefore have economic and also legal consequences about which negotiations are now taking place.

Suzuki will therefore probably have to buy the exit.  The only alternative is to remain in MotoGP with a low budget and fulfill the contract.  But this option would probably hurt all parties involved.  No one wants to see races with a team that has no interest in winning or is not willing to spend money on it.  A development stop of the motorcycle, “cheap” riders and a slimmed down team, would probably not be a pretty sight at the races.

Reasons for the exit

Suzuki cites the current economic situation as the reason for the exit.  They have to focus on big changes in the automotive world, which force them to shift costs and resources to the development of new technologies.

Accordingly, the two factory riders Mir and Rins, whose contract only runs until the end of the season, will most likely have to look for a new team. 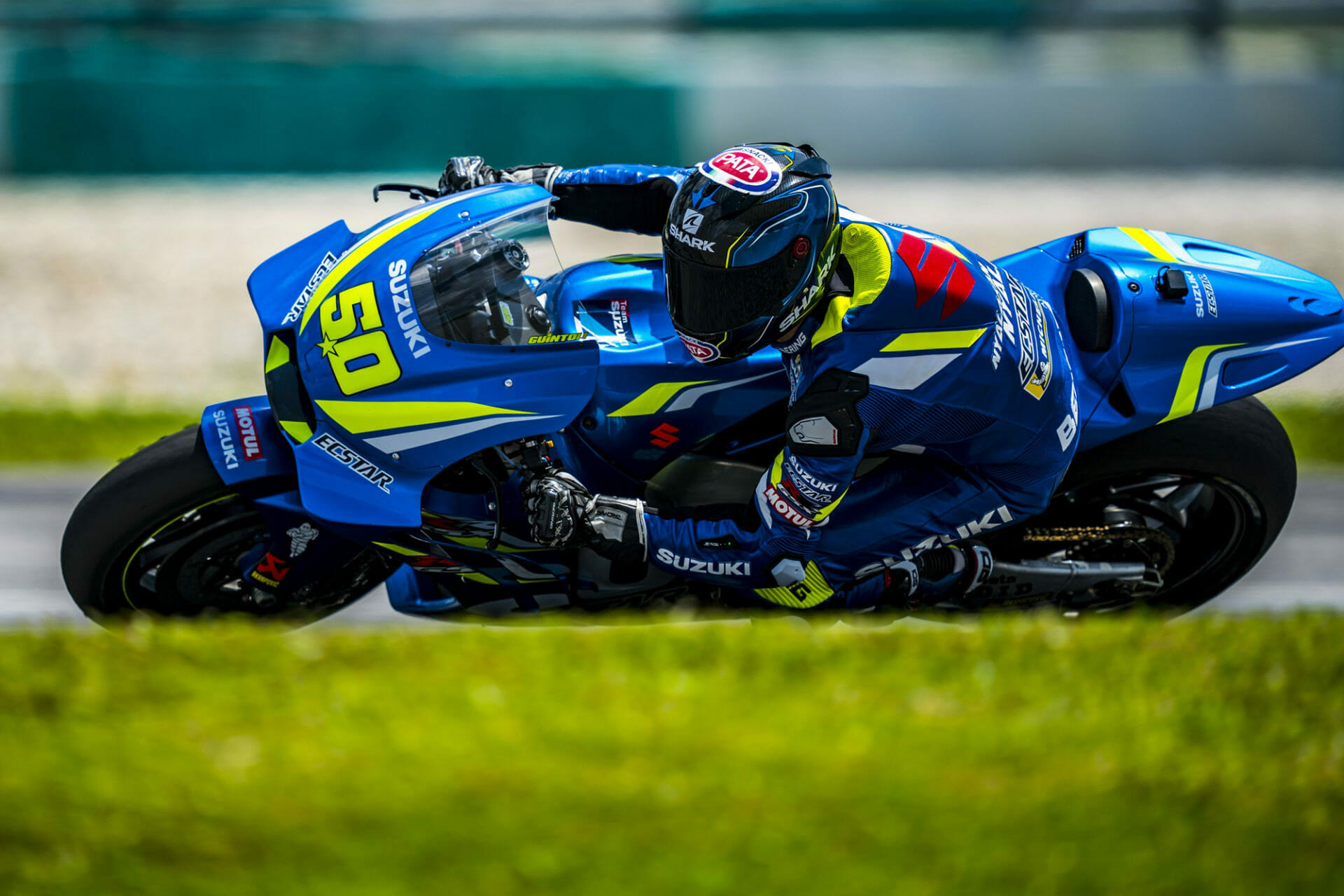