A Canadian policeman overdid it, as he literally pulled a biker waiting in front of a red light off his motorbike. The Suzuki GSX-R1000 also fell over and was damaged. The reason for the attack was a wrongly mounted number plate.

He was about to start a MotoVlog

The motorcyclist had just had his helmet camera running and thus filmed the entire incident. The rider was Kyle Wilde, who was about to record a MotoVlog. Suddenly a policeman approached from behind and shouted “Get off the bike”. He didn’t wait for a reaction, however, and tore Kyle off his bike, slamming him to the curb and knocking over the GSXR. The officer also handcuffed the motorcyclist.

The situation calmed down relatively quickly as Kyle was completely cooperative. This also meant that he was quickly released from the handcuffs. The policeman explained his action with a wrongly mounted number plate. Instead of the rear, it was mounted underneath, directly behind the suspension strut. He said that when people hide the number plate like this, they don’t stop or try to escape. So he pulled Kyle right off the bike.

Kyle Wilde did not have to pay a fine for the incorrectly mounted number plate. 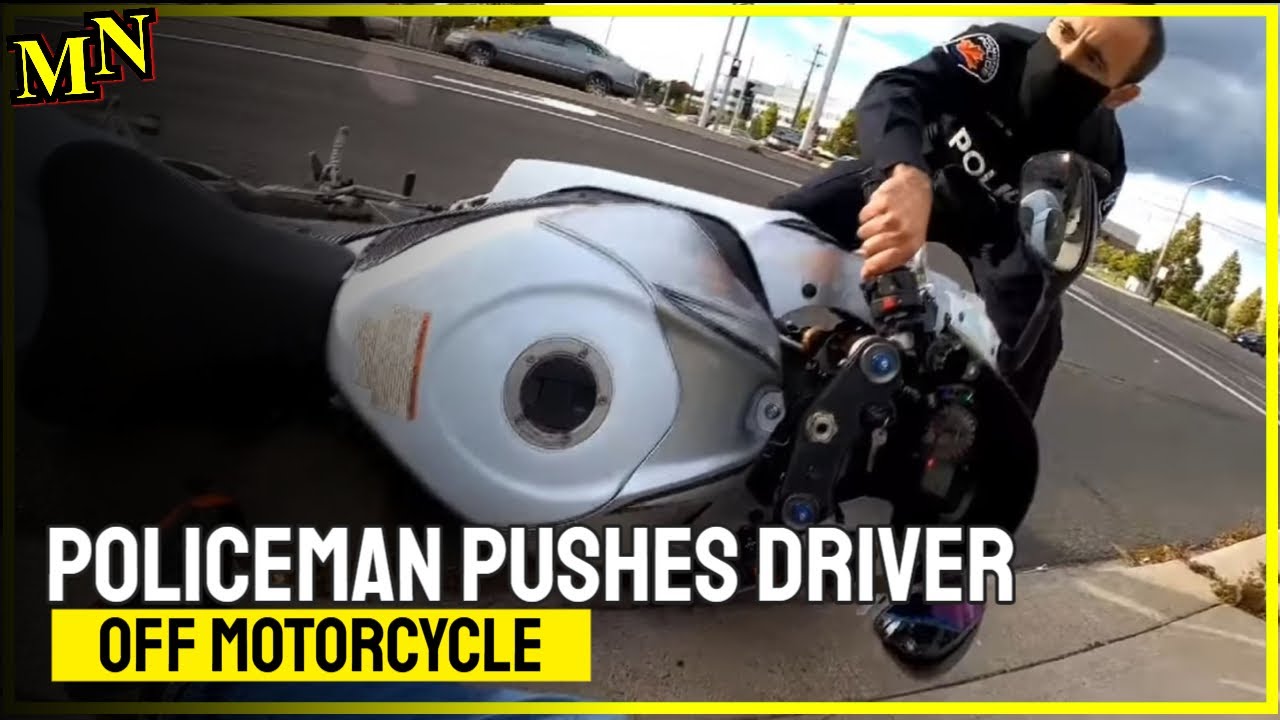