For 21 years they actually produced in Nottingham, England, until the factory was seized during WW2 to be used for war purposes.  The brand has since been reactivated and production established in France.

Back in March 2021, Brough Superior introduced the Lawrence, a limited edition machine based on the Superior SS 100, limited to 188 units. The motorcycle was dedicated to Thomas Edward Lawrence, better known as Lawrence of Arabia and a British national hero.  He fought as a guerrilla fighter in Arabia during World War I.

Another model dedicated to him has now been unveiled at EICMA.  “Dagger” – the weapon Lawrence always carried on his belt.

In addition, the Dagger is the first motorcycle in the portfolio to be homologated to Euro5.

Exhaust gases are discharged via a sidepipe muffler.

The engine is transplanted into a lightweight titanium frame.  At the front is a so-called Hossack fork, basically an upright-mounted swingarm with double longitudinal link.  It, too, is made of fine titanium.

A total weight of 200 kg is specified, which is supposed to be perfectly balanced, i.e. exactly 50% should be applied to both the front wheel axle and the rear wheel.

Modern LED technology is used for the lighting, otherwise the electronics are very minimalist. Also noble are the aluminum wheels, which were not cast, the wheels are CNC milled from the solid aluminum block.

The fairing is made of carbon.

The Brough Superior Lawrence Dagger can already be ordered, but no price has been announced yet.  If you look at the components, then you can assume that it will not be exactly cheap.  However, this also fits the company’s history, as Brough Superior was already considered a Rolls-Royce among motorcycles in the past. 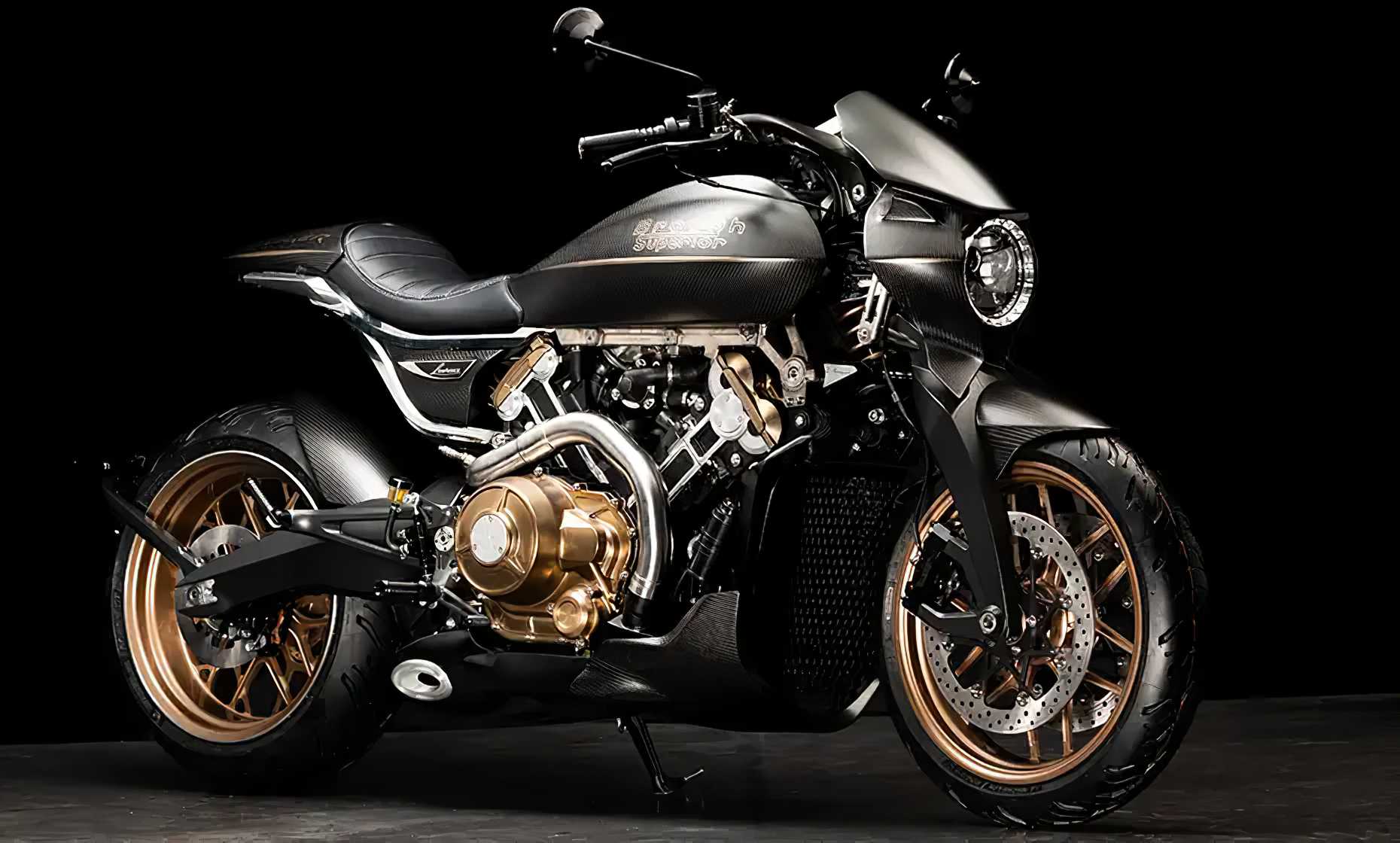