7 min read
With the S1000R, BMW wants to combine an emotional roadster look with superbike driving dynamics. The basis is the S 1000 RR and the superbike genes cannot be hidden. Technology, engine and chassis were derived directly from the RR.

With the S1000R, BMW wants to combine an emotional roadster look with superbike driving dynamics. The basis is the S 1000 RR and the superbike genes cannot be hidden. Technology, engine and chassis were derived directly from the RR.

In order to reduce the noise level, fuel consumption and engine speed, the 4th, 5th and 6th gears have been extended. The driver should benefit from this, especially when driving on country roads. In addition to a standard anti-hopping clutch, an optional engine drag torque control (MSR) is also available. The electronics thus prevent the rear wheel from slipping, which could be caused by an abrupt release of the throttle.

The new frame, as well as the swingarm, are also based on the S 1000 RR, which saves a lot of weight compared to the previous model. The engine was integrated as a supporting part in the so-called flex frame. The frame is narrower than the previous model, which also reduces the vehicle width. This also benefits the area for the knee closure and allows a more relaxed riding position and more freedom of movement.

To adapt the bike even better to its own ergonomics, the handlebar clamp can be adjusted as standard. Two positions are available. You can easily adjust the handlebars by 10mm forward. As an option, handlebar brackets that are 10mm higher are also available, which can also be turned 10mm in the direction of travel.

The S1000RR’s swingarm and the shock with Full Floater Pro kinematics is now mounted a bit further away from the swingarm pivot axis and thus also further away from the heat of the engine. This results in a more stable temperature behavior and more constant damping forces, which has a positive effect on grip and tire wear.

Assistance systems of the BMW S1000R

The optional extra “Driving Modes Pro” includes the fully configurable “Dynamic Pro” mode, which offers a wide range of settings. It also includes the “Engine Brake” function, the engine drag torque control and the “Power Wheelie” function. During emergency braking maneuvers, the driver is supported by the dynamic brake assistant.

The instrument combination of the S 1000 R is also derived from the sister model. Here, BMW relied on an extended range of functions and, above all, on the best possible readability of the displayed data, even under difficult lighting conditions. Depending on the intended use, it offers a customized screen display. In addition to the displays for normal road operation, there is a second core screen that displays data on lean angle, deceleration and traction control. With the optional M package, a third Core Screen with bargraph display and lap timer is possible.

The Bluetooth interface is standard, which can be used to pair the mobile phone and show an arrow navigation on the display of the S 1000 R. The TFT display is operated via a mini-controller on the handlebars.

For the lighting, BMW uses LED technology all around. The rear flashing lights were taken over from the S1000RR. They have an integrated rear and brake light function. The front turn signals are slightly hidden on the fork, which provides a clean look.

The Headlight Pro package, which includes an adaptive bend lighting system, is offered as an optional extra. Depending on the lean angle, additional LED modules are activated to better illuminate the road in curves. 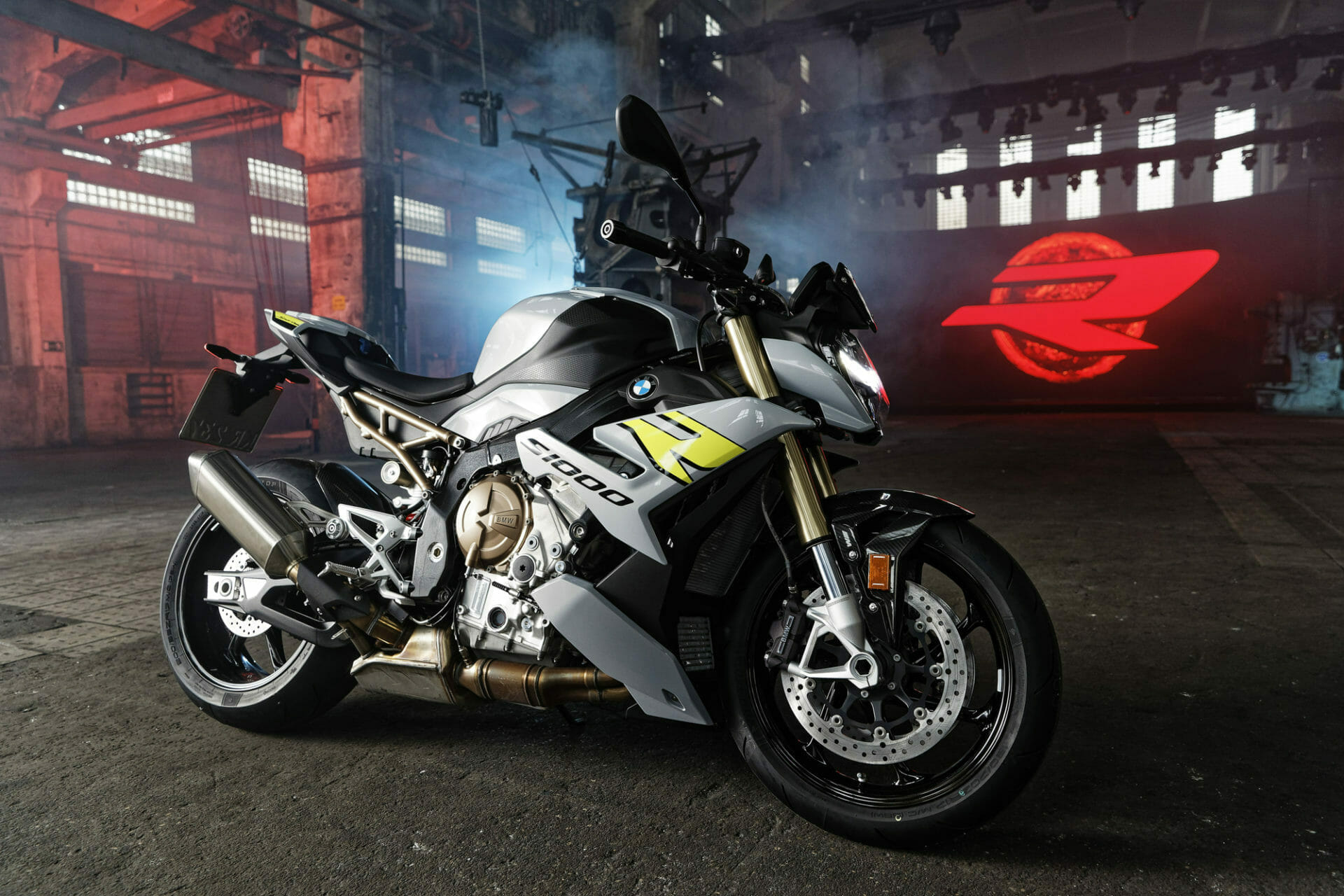