2 min read
BMW has filed a patent application for a concept with adjustable air deflectors. The active aerodynamics are to be used to better protect the driver from the elements.

BMW has filed a patent application for a concept with adjustable air deflectors. The active aerodynamics are to be used to better protect the driver from the elements.

One or the other might be familiar with active aerodynamics, which is not used to generate more downforce at the front wheel, but to offer the rider better protection. At the last EICMA, Moto Guzzi already presented the Mandello, which is already equipped with corresponding components. The BMW system, however, works somewhat differently.

Moto Guzzi’s system is controlled by motors, while BMW’s system is based on springs. In addition, the mode of operation is also just the opposite. Where Moto Guzzi’s aerodynamic components offer more wind protection only at high speed, BMW’s spring-mounted system has the flaps open at low speed to protect against gusts of wind. Higher speed and a consequent increase in air pressure causes the flaps to close, creating a streamlined silhouette that should offer more stability at high speeds.

By adjusting the springs, it would be possible to tailor the BMW system to one’s own needs, i.e., up to what speed the aerodynamics are extended or above what speed the components are retracted.

Whether the system will actually be implemented in a production motorcycle is still open. 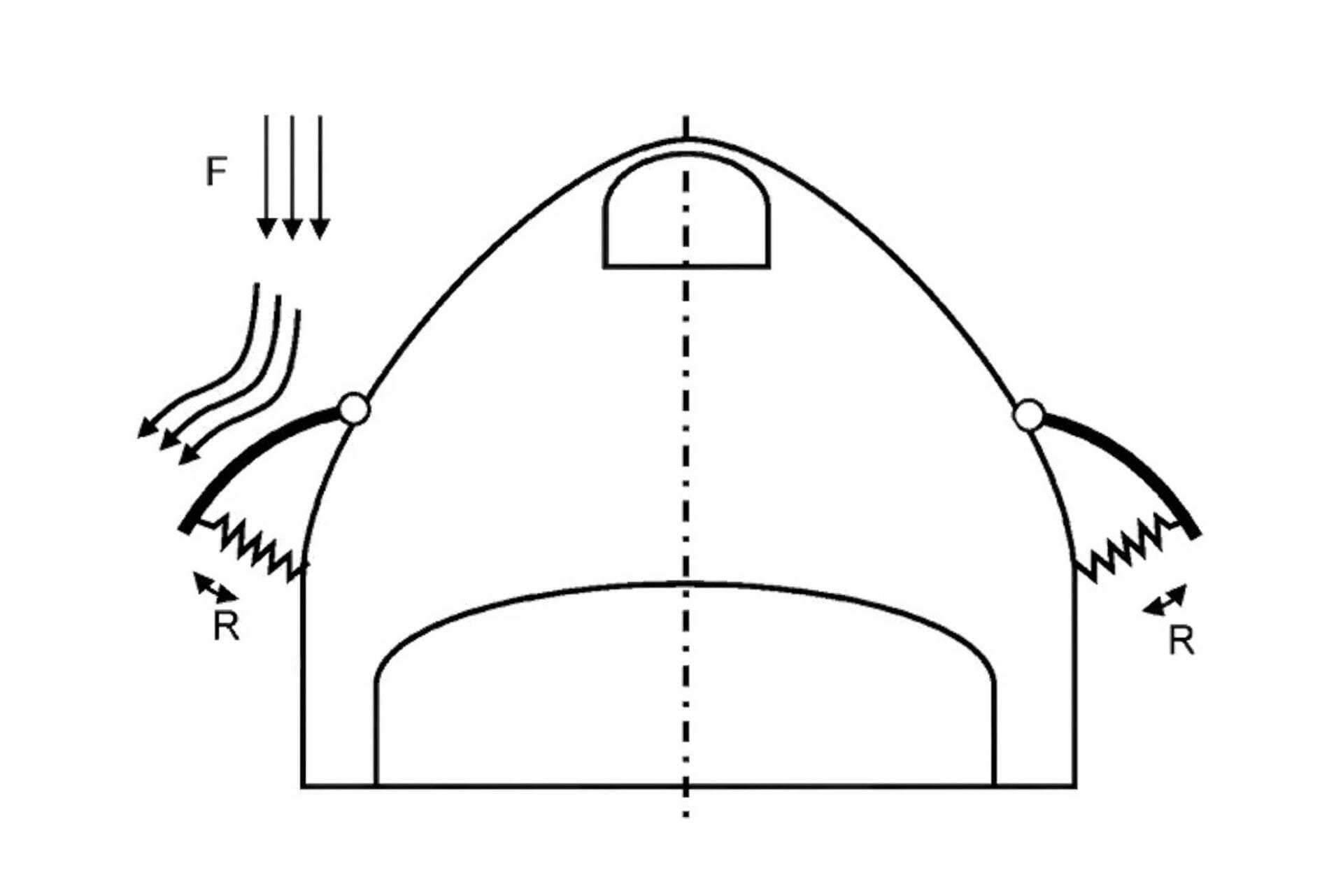