Like the M 1000 RR, which is an even sportier version of the S 1000 RR, they are now trading in the naked bike.  Here, however, they are really going all out.

Whereas 165 PS provided propulsion in the previous S 1000 R, the new engine of the S 1000 RR is installed in the M version, which will also provide propulsion in the M 1000 R with 210 PS (154 kW).  For the M R, however, the engine has been revised somewhat.  BMW has not yet revealed anything more specific about what exactly has been done, but it can be assumed that it has at least been tuned for more torque in the lower and medium rev ranges.

A top speed of 280 km/h should be achieved.  Compared to the double-R, the chainring has been fitted with one more tooth (now 47), resulting in a shorter gear ratio.  Gears four, five and six were also translated even shorter.

The powerful winglets provide downforce at the front.  At a speed of 220 km/h, they are said to increase downforce by 11 kg, which counteracts wheel tilt and increases driving stability.

A semi-active suspension system has been installed, which is already familiar from the previous S 1000 R. The brakes have been modified.  The brakes are from the M range.  Instead of the standard forged wheels, carbon wheels are also available as an option.

The new Brake Slide System is used for the assistance assistants, which enables braking drifts with a constant slide into the bend. 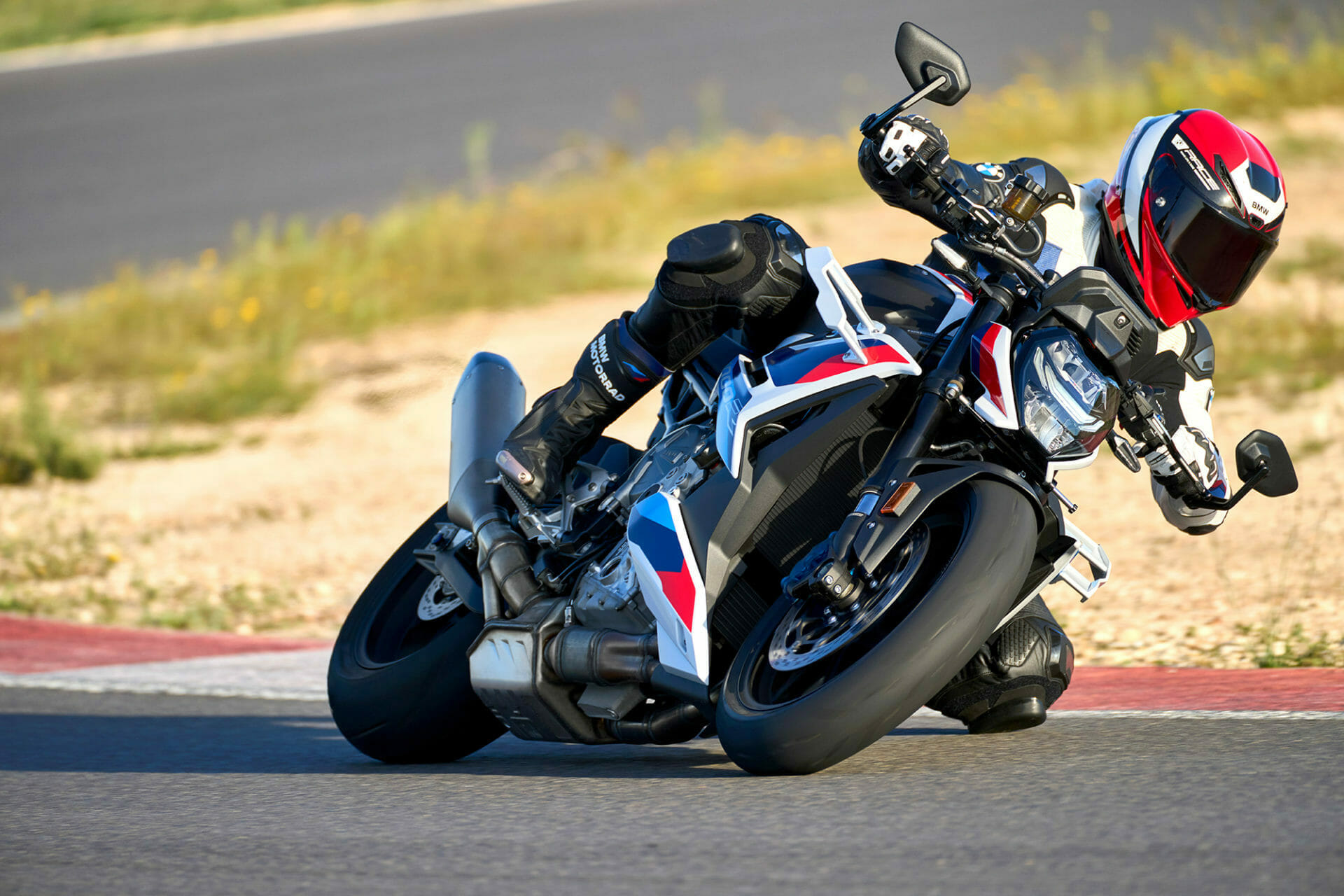