2 min read
Cinema Mode
Benelli has unveiled the new 1200 GT at the Beijing Motor Show, powered by the familiar but revised Tre three-cylinder.

Benelli has unveiled the new 1200 GT at the Beijing Motor Show, powered by the familiar but revised Tre three-cylinder.

The very powerful looking touring motorcycle is equipped with an LED headlight and should also have cornering lights. Braking is done with radially mounted Brembo calipers. The keyless-go system means you only need to carry the “ignition key” with you to start the bike. Whether the side cases and the top case can also be opened in this way has not yet been announced.

The mirrors are electrically adjustable and can also be folded. The windshield can also be adjusted at the touch of a button.

The audio system and navigation can be controlled via the large TFT display. However, the speed driven is displayed via an analog instrument.

A camera at the front and one at the rear monitor traffic and warn of a rear-end collision if necessary. Otherwise, there is a USB port and heated grips. 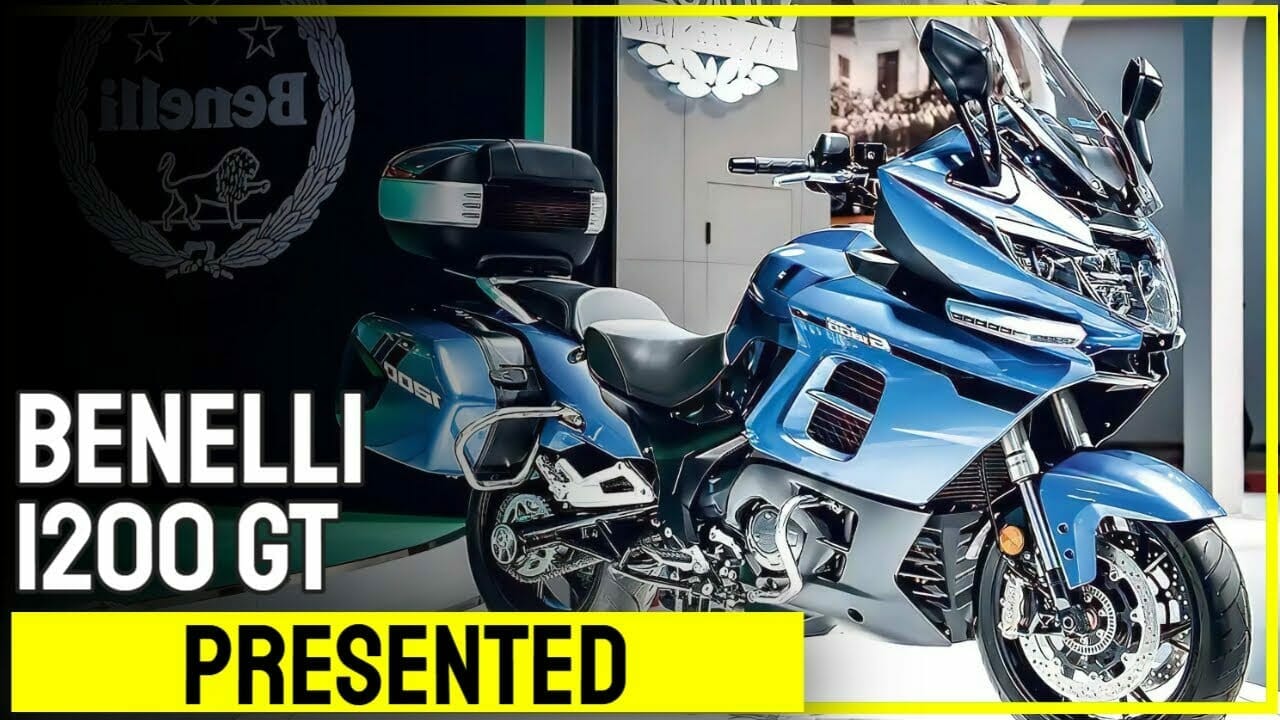