Behind the Scene – James Bond Motorradstunt (No Time to Die)

Only a few days ago, the first trailer for the upcoming James Bond movie „No Time to Die“ has been released, now there are already “Behind the Scene” recordings of the first motorcycle stunts.

As reported in the film the Triumph Scrambler XE and the Tiger 900 play a role. Some scenes with these motorcycles were filmed in Matera (Italy). One can see a stunt double driving over a ramp and jumping up a wall. In the film, Bond (?) Climbs up the outside of an archway and jumps to the next level.

For the stunt, however, not really a Triumph Scrambler 1200 XE was used. A dirt bike was optically adapted to the look. The rest is fulfilled by a suitable cut and a few effects. But the jump itself is real, which is no longer self-evident these days.

In the scene one see probably a procession, because one see a group of people at the drop-off. Once at the top, the stuntman lands near a church gate and then drives through the group of believers. 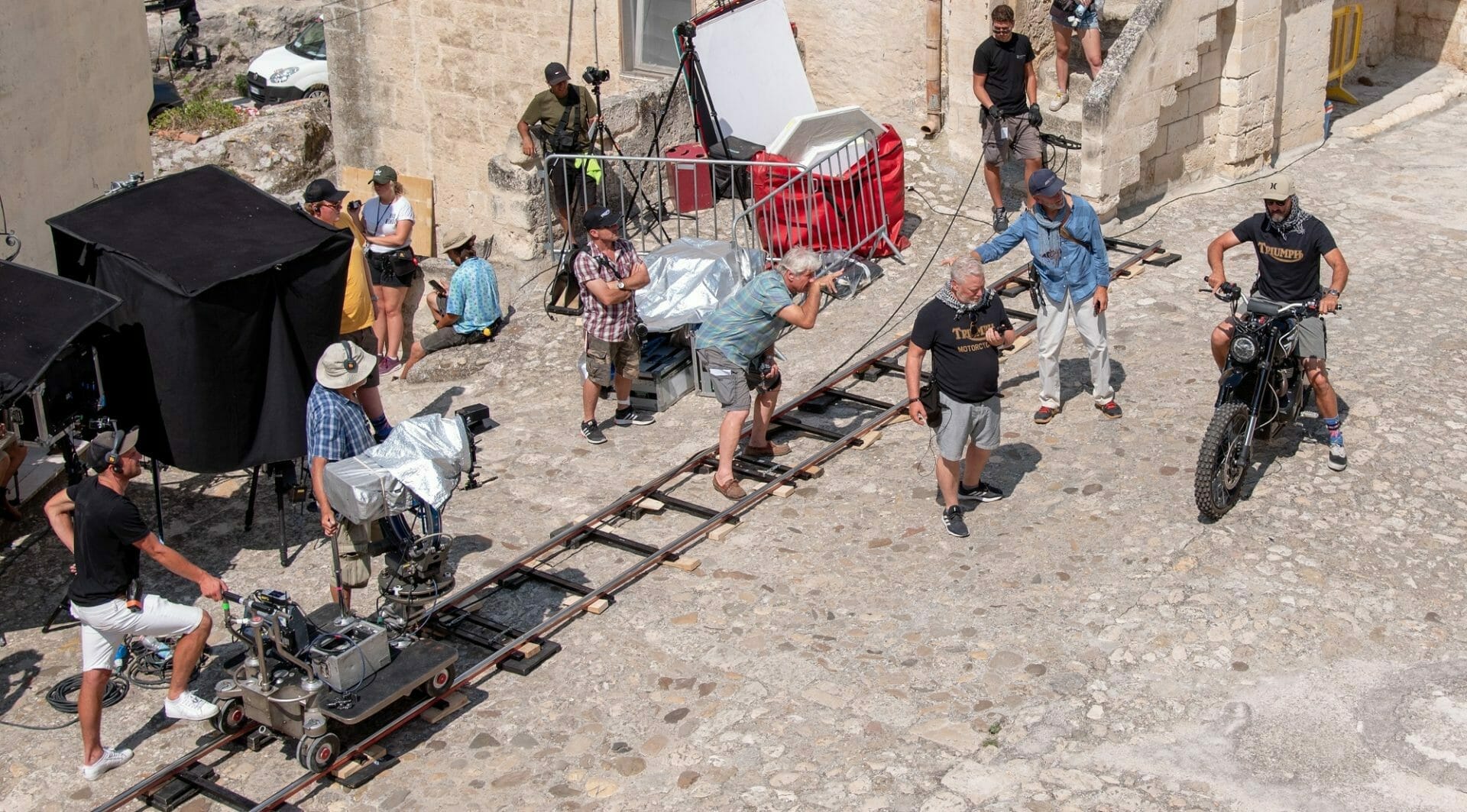