Some time ago, Harley-Davidson teamed up with the Chinese company Qianjiang to release a small-volume Harley on the Asian market.

The motorcycle was planned under the motto “More Roads to Harley-Davidson”, but after the change of the CEO, this motto is history. Rumors say that the Baby Harley should still be released. There is also talk of an increase in displacement from 338 to 353cc.

Quinjiang has control over Benelli in China, so the base of the upcoming Benelli TNT 300 and the Harley should be identical. The same motor should also be used. This is exactly what is now being put into practice, with the only difference that the Benelli will be released on the Asian market under the name Qinjiang QJ350.

The QJ350 can be seen in the photos that have recently appeared and if you take a closer look, you can see the “Harley-Davidson Motor Company” branding on the parallel twin.

The two models will have at least the engine in common. Strictly speaking, one could even speak of three models, because in other markets the Quinjiang QJ350 could be released under the name Benelli 350S. One can assume that the differences between the three models will only be marginal and will be limited to the look.

A Harley-Davidson for beginners or for the Asian market, where mainly small-volume motorcycles are driven, could be a real bestseller for Harley. On the other hand, one has to ask why people should buy a “Harley” there, if they could get an almost identical model from Qinjiang for (probably) a little less money.

Ultimately, we have to wait until there are official announcements. A market launch was already planned for June, but this had to be postponed due to the Corona crisis. Recently, Harley-Davidson’s new CEO, Jochen Zeitz, announced that the next launches have been postponed to the first quarter of 2021. However, he did not reveal which models should be involved. 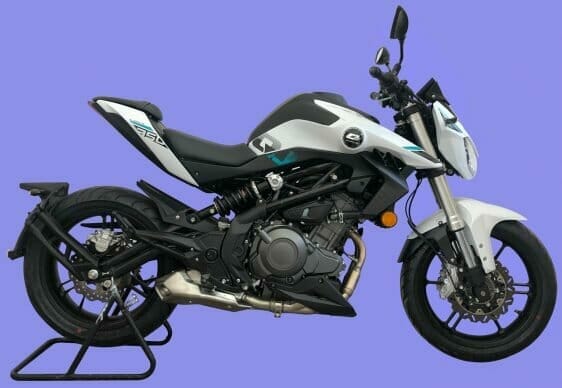