Axiis Engineering Art has built a supermoto with electric drive. The power-to-weight ratio speaks for itself here.

The Portuguese company is actually a specialist in the development of high-tech accessory components and CNC-milled parts. Now, however, they have put a supermoto prototype with electric drive on the wheels. In the future, this could turn into a small series.

The electric motor delivers a maximum output of 134 hp and 240 Nm. It sits at pinion height in the frame. The motor is powered by a 12 kWh battery. One charge is said to be enough for a range of up to 250 km in city traffic, but no further details have been provided so far.

Overall, the bike weighs only 133 kg, which is even one horsepower more than the complete supermoto weighs. An electronic control system is supposed to make the power rating controllable. The top speed is given as 200 km/h.

The battery was screwed as a supporting part, with the frame consisting of milled aluminum. By adapter plates, the engine and the single-sided swingarm was connected to it.

Damping is provided by a fully adjustable Öhlins shock and an upside-down fork from WP. The suspension travel is 190 mm at the rear and 209 mm at the front. In terms of tires, the bike is fitted with 17-inch wheels covered with 120/70 and 180/60 tires.

There is only a single-disc system on the front wheel, which is not unusual in the weight class. However, if you look at the performance class, one disc seems a bit weak.  Even more weight has been saved on the rear brake, because it is simply not present. Here, the engine brake will probably provide the necessary deceleration.

This alone would not allow the bike to be approved for public road use, but all lighting elements, mirrors and the license plate holder are also missing. The existing fairing parts are made of carbon.

It is not yet clear whether the possible small series will be adapted for road use. 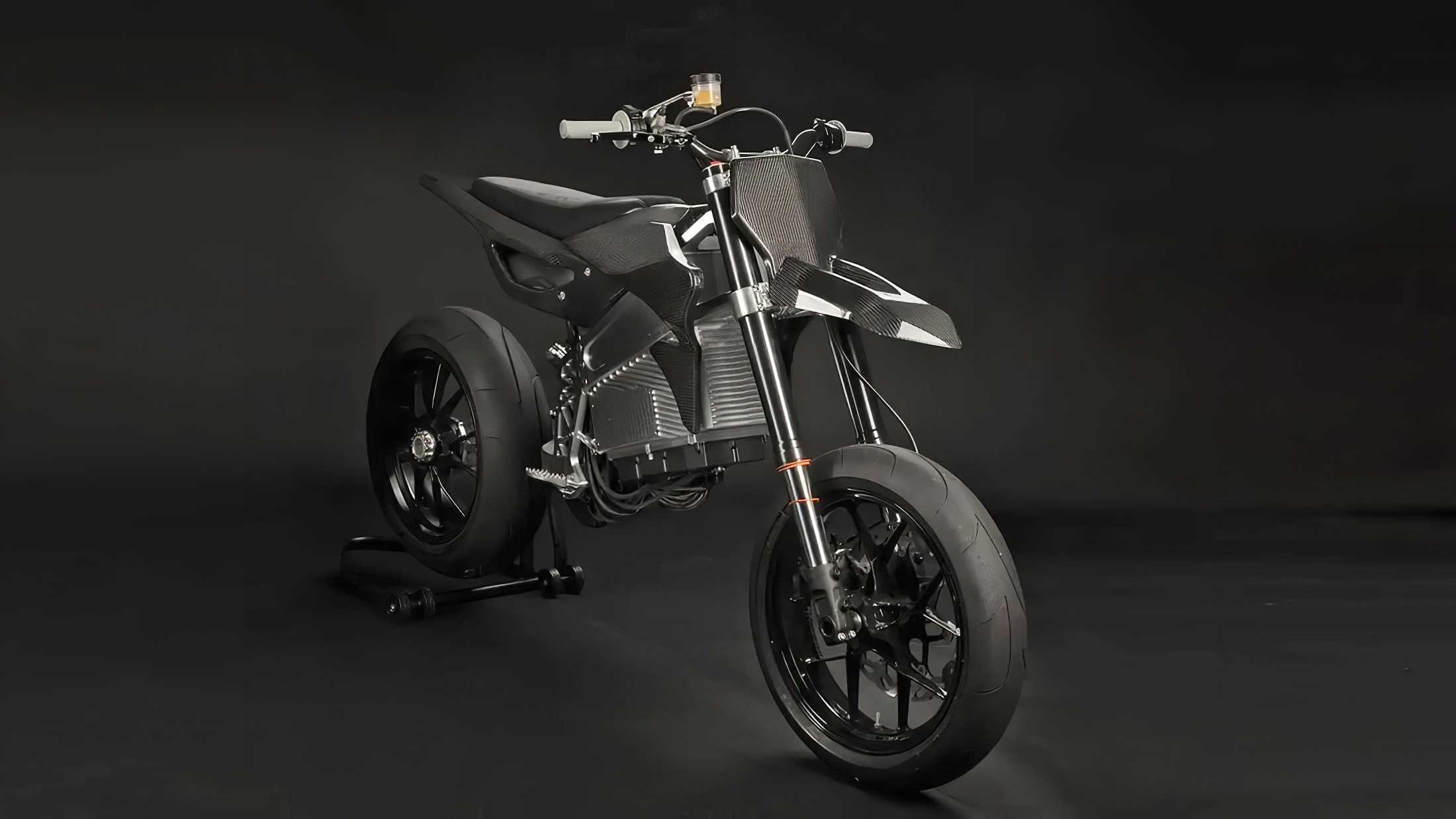